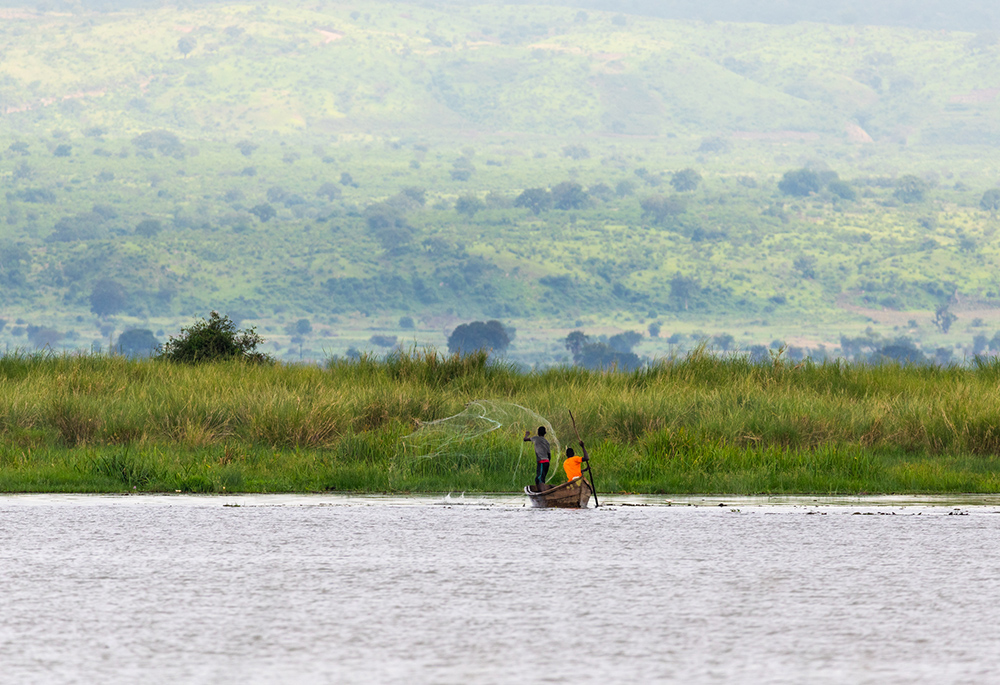 Two fishermen throw a net out on Lake Albert in Uganda. (Dreamstime/Mathias Sunke)

The Laudato Si' Movement, the global community of Catholics tackling the current climate change crisis, is urging the International Union of Conservation for Nature to help stop a massive oil and gas project being implemented in Uganda and Tanzania.

According to the movement, the international union has refused to take a stand against the extraction of oil resources in Lake Albert in Uganda and the construction of the pipeline to deliver the crude oil to Tanzania. The movement says the project, which involves the building of more than 800 miles of pipeline, poses a severe threat to environmental conservation, biodiversity protection, and climate change mitigation in East Africa.

The International Union of Conservation for Nature says the project will contribute to economic development. 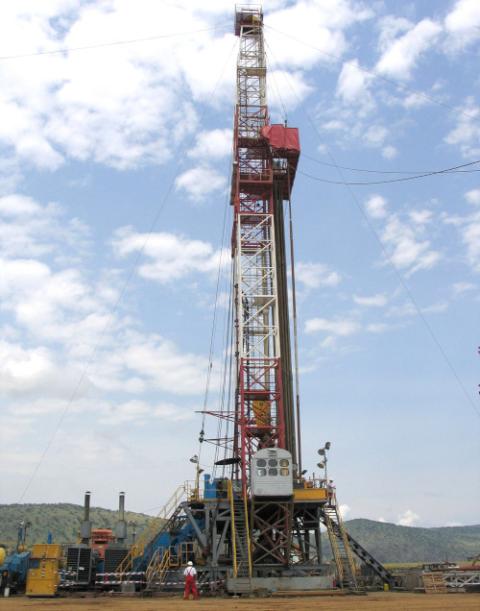 An oil rig preparing to drill in western Uganda, near the shores of Lake Albert. (CNS/Reuters/Tim Cocks)

In a Feb. 8 letter to the IUCN, Tomas Insua, executive director of the Laudato Si' Movement, accuses the union of taking actions that are out of step with its words and fearing confrontations with powerful corporations and government leaders, while remaining silent when its member are intimidated and human rights violated. The Laudato Si' Movement also wrote to the union in September.

The movement wants the union to publicly declare its opposition to the project, which involves the Tilenga and Kingfisher oil fields in Uganda and the East African Crude Oil Pipeline. It urged the union to engage Uganda and Tanzania to promote a biodiversity protection policy with an ad hoc working group to follow through on the policies. It also wants the union to reject any partnership with any fossil fuel company.

In November, Bruno Oberle, IUCN's director-general, told the Catholic environmental group the union was aware that the ongoing developments in the region were a cause of concern with regard to conservation. He said the union had been in talks with the governments of Uganda and Tanzania.

"IUCN ... recognizes that the impact is not only linked to biodiversity and climate change but also affects economic development," said Oberle. "IUCN recognizes that extractive industries can be significant contributors to the global economy and this makes them an influential force in shaping how global conservation and development goals are attained."

"You hear for the next few years ... people are going to put in $10 billion in this effort. This money will boost our economy," he said.

Uganda discovered the oil in 2006, but its extraction was delayed due to lack of infrastructure and disagreement with oil companies over taxation. The disagreements were resolved in December, paving the way for the start of the project.