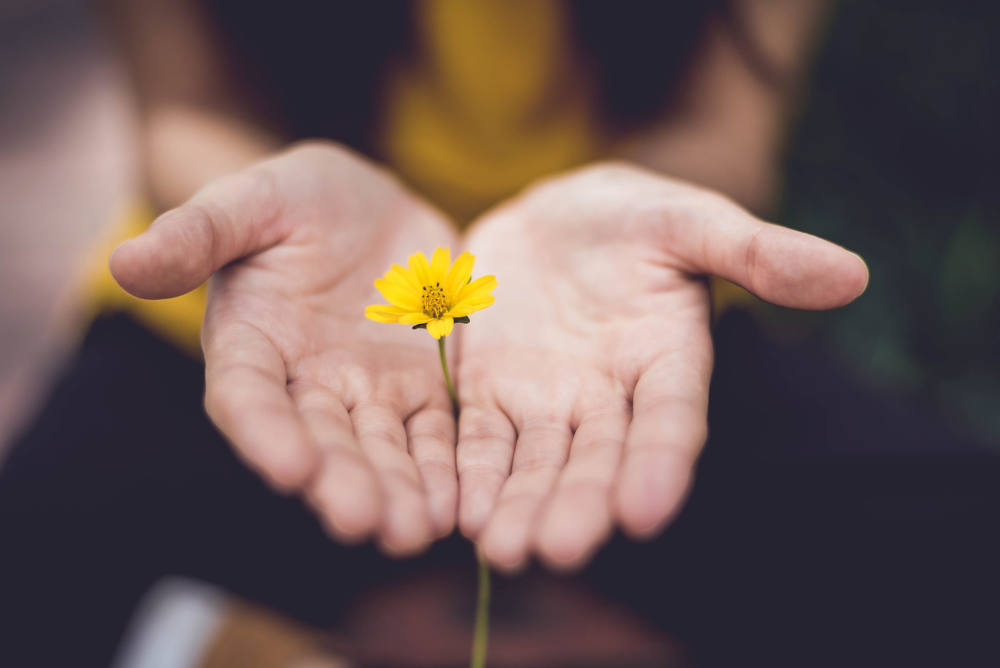 Recycling. Rain gardens. Reusable cups at coffee hour. These are familiar steps faith communities take in response to the environmental crisis. But in Portland, Maine, an organization that aims to foster spiritual leadership for a climate-changed world is going beyond the ordinary, even the physical — beyond even energy-efficient bulbs.

"Those are all things we need to be doing for sure," said the Rev. Allen Ewing-Merrill, executive director of The BTS Center, "we're actually trying to take a step or two back and think about the climate crisis as a symptom, rather than as the problem."

At The BTS Center, an outgrowth of a now-defunct United Church of Christ seminary, thinking about the spiritual sector's response to climate change is fueled by a common conviction: that the climate crisis is a spiritual crisis.

Ewing-Merrill, a United Methodist minister, is as conversant in the writings of environmental lawyer Gus Speth as he is the creation narratives in Genesis. Ewing-Merrill is responsible for introducing the mission of climate crisis response to The BTS Center after he joined the organization in 2019.

That vision is now shared by a team of clergy, scholars, artists and activists who make up The BTS Center staff. Together these practitioners have developed a breadth of ecologically focused programming, ranging from art events to preaching workshops to book groups to nature retreats. 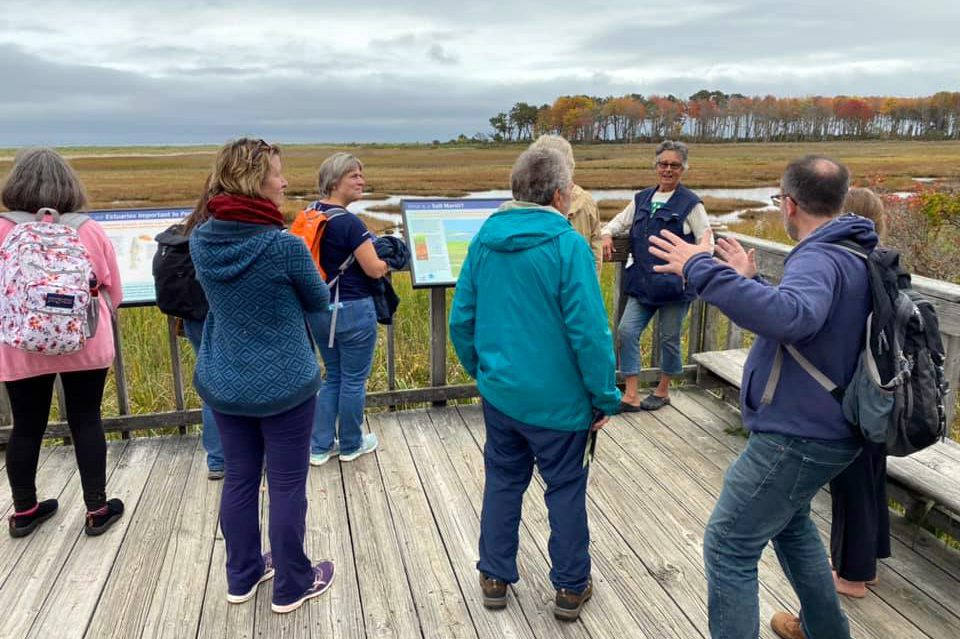 Guest speakers and collaborators include author and spiritual director Victoria Loorz, a central figure in the Wild Church Network, and Jerusalem Rabbi Yonatan Neril, founder and executive director of The Interfaith Center for Sustainable Development and co-author of the 2020 bestseller "Eco Bible."

"Climate is not really a parts-per-million problem," said Ben Yosua-Davis, The BTS Center's director of applied research. Instead, Yosua-Davis describes the common metrics of climate change as the "most visible, urgent, concrete manifestation of a set of spiritual roots that go much deeper."

The BTS Center's own roots stretch back to the founding of Bangor Theological Seminary in 1814. "I joke on a regular basis (that) we're a 200-year-old startup," said Yosua-Davis, who also co-hosts The BTS Center's new podcast, Climate Changed.

While The BTS Center is entirely distinct from the former seminary, which closed its doors to students in 2013, it understands itself to be building on Bangor's ecumenical tradition.

That legacy continues to bear ecumenical fruit. The BTS Center engages people from across mainline and non-denominational Christian churches, Quaker, Jewish and Buddhist communities, as well those who identify as spiritual but not religious.

For clergy in New England, The BTS Center has been a welcome source of community. "I just felt like at BTS, I could fit in," said Doretta Colburn, a UCC pastor of 29 years who currently serves Waterford Congregational Church in southwest Maine.

"I've always looked for a way to mesh my understanding of my faith and help bring others along, with the environment and all of creation," Colburn told RNS. "It was like they were speaking my language," she said of the people she met at a convocation there last year.

Language does a lot of work at the center. "We are intentionally using 'climate changed' in a kind of provocative way — with a 'd' on the end," said Ewing-Merrill, noting that the climate crisis is "not something that's off in the future" but, rather, "the reality of the world in which we live."

But The BTS Center staff are clear that their interest is not in abstraction but in practice.

One such practice is grieving. Some of the center's earliest ecologically focused programming, which coincided with the early months of the global pandemic, focused on rituals that recognized eco-grief.

The effects of climate change on mental health is a phenomenon recognized by the American Psychological Association, and terms like eco-grief or climate-grief are increasingly used to describe the loss people feel in light of environmental destruction.

Last fall, The BTS Center began "Lament with Earth," a series of five virtual rituals in collaboration with Chicago music group The Many that followed the seasons of the liturgical year. The grief series caught the attention of Tyler Nelson, a divinity student studying Religion and Ecology at Yale Divinity School.

"The growing cultural awareness of eco-grief is revealing the lack of lamentation in faith communities, especially those that are predominantly white," Nelson said, adding that he "was drawn to the creative work that The BTS Center is doing around such practices of eco-emotional expression."

Nelson was also attracted by The BTS Center's practice of imagination. At The BTS Center, Nelson says, "imagination is a virtue, an essential component in the work of religious and spiritual leadership."

One program where imagination is clearly at play is The BTS Center's research collaborative, a co-learning community of eight nonprofit groups that are asking a simple question: How would organizations act differently today if they embodied an ecological imagination?

"The basic model is to treat organizations like organisms, not machines," said Yosua-Davis, who in his role as director of applied research takes copious field notes and looks for themes that come out of discussion sessions.

The shift away from what Yosua-Davis calls a "mechanistic imagination" makes way for an understanding of ecology that is, according to staff at The BTS Center, connected with the natural world, localized and highly relational.

Current research collaborative participants don't necessarily work in congregational settings or even have a religious background. Spirituality is not only about religious affiliation, Yosua-Davis said, but "about how you see the world and what your deepest values are."

The center welcomes these partners, such as the Boston Food Forest Coalition and the Maine Prisoner Advocacy Coalition, that have practical wisdom in addressing today's deep spiritual crises.

The BTS Center is also bringing the practice of imagination to local parishes in New England. "Due to the simple narratives of living in a world that is obsessed with growth and with money," said Yosua-Davis, "if you're a small congregation, there's often kind of a working assumption that somehow you're deficient."

The Small Church Leadership Community, co-facilitated by Ewing-Merrill and Colburn, is meant to address exactly this problem. The group, which will meet together periodically over five months, seeks to nurture practices that support spiritual and ecological imagination in small-scale congregational life.

Pastor Linda Brewster, a graduate of Bangor Theological Seminary who now serves at Tuttle Road Community Church in Cumberland, Maine, was drawn to the Small Leadership Community by this emphasis on imagination. "We need to help people to be more creative in thinking about what the church of the future needs to bring to the community," said Brewster, whose church has about 50 members active in ministry programs but only about 30 in church on Sunday.

"I honestly think that we're going back to the time of the small church," said Brewster. "With everything that's happened with the pandemic, it feels like we're going back to needing more intimate, authentic conversations, having better relationships with one another."

Ewing-Merrill agrees. We are "really trying to celebrate the small and resilient," he said. "As the climate crisis intensifies and we experience more and more kinds of communal trauma and communal grief about what's happened to the world around us ... we need more healthy, vital, resilient, small churches. Not fewer of them."