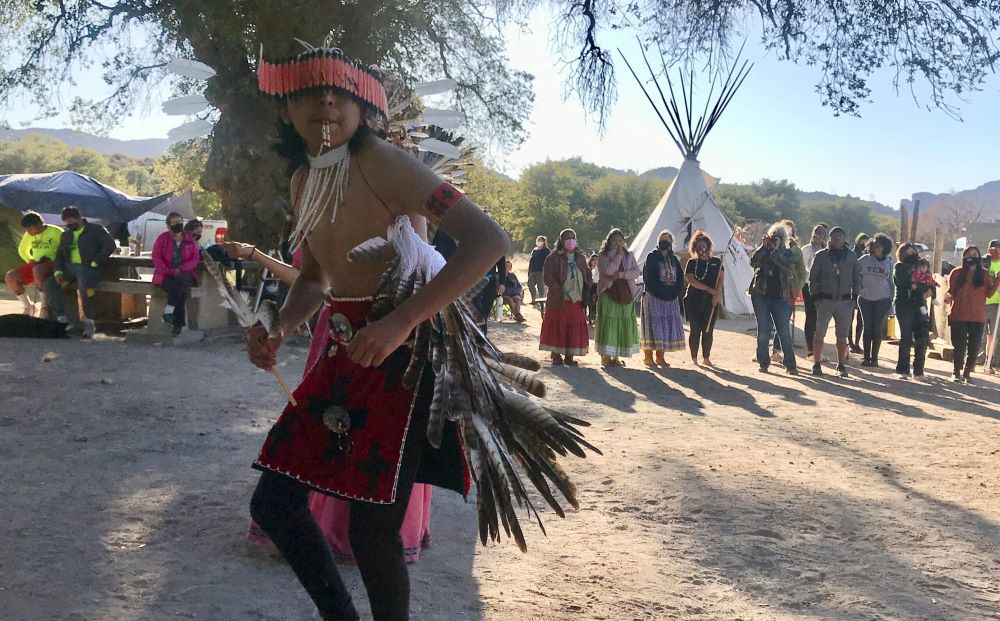 Waya Brown, who is Apache and Pomo, dances in a circle at Oak Flat campground on Saturday, Feb. 27, 2021, near Superior, Arizona. (RNS/Alejandra Molina)

A coalition of Native American people said they will go to the Supreme Court after a divided federal appeals court ruled the government can proceed with the transfer of Oak Flat, an Apache sacred site in Arizona, to a private venture that's planning an underground copper mine.

The 9th U.S. Circuit Court of Appeals, in a 2-1 ruling on June 24, held that Apache Stronghold — a coalition of Apaches and other Native peoples opposing the land transfer — failed to show a substantial burden on their religious exercise.

Apache Stronghold, which is receiving legal help from the Becket Fund for Religious Liberty, hoped that a preliminary injunction would have stopped Resolution Copper — a company owned by the British-Australian mining giant Rio Tinto — from gaining control of Oak Flat while their lawsuit against the land swap is pending. Their federal lawsuit argues that destruction of Oak Flat would violate the Religious Freedom Restoration Act.

"We acknowledge that this is a harsh result for Apache Stronghold's members," Bea wrote.

But Circuit Judge Marsha Berzon wrote in her dissent that the panel's ruling was "illogical" and demonstrated a "narrow definition of 'substantial burden.'"

Luke Goodrich, vice president and senior counsel at Becket, agreed, saying Friday's decision "is as the dissident says, 'absurd,' 'illogical,' and 'incoherent': if anything violates the free exercise of religion, it is the complete destruction of a sacred site that ends religious practices forever.

"This ruling not only is devastating to Apaches and other Native Americans but also threatens people of all faiths — and should not stand up on appeal," Goodrich said in a statement. 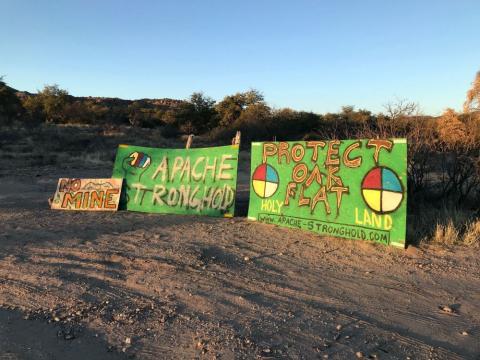 Signs are seen protesting a copper mine at Oak Flat, a site in Arizona considered sacred by the Western Apache and other Native tribes, and advocating to protect the land. A federal lawsuit argues that destruction of Oak Flat would violate the Religious Freedom Restoration Act. (RNS)

Apache Stronghold said they will appeal to the U.S. Supreme Court.

Oak Flat, known in Apache as Chi'chil Biłdagoteel, is a 6.7-square-mile stretch of land east of Phoenix that falls within Tonto National Forest.

The Apache people hold a number of important ceremonies at Oak Flat that, according to their court filings, can only take place on the site, which would be destroyed by mining. The Apache believe Oak Flat is a "blessed place" where Ga'an — guardians or messengers between the people and Usen, the Creator — dwell.

Congress in 2014 approved the transfer of the land to Resolution Copper as part of the National Defense Authorization Act in exchange for 6,000 acres elsewhere.

Resolution Copper, in a statement on June 25, said an independent review under the National Environmental Policy Act has included consultation with numerous Native American tribes "that have ancestral ties to this land, local communities, civil society organizations and a dozen federal, state, and county agencies."

"There is significant local support for the project, however, we respect the views of groups who oppose it and will continue our efforts to understand, address and mitigate these concerns," Resolution Copper said. 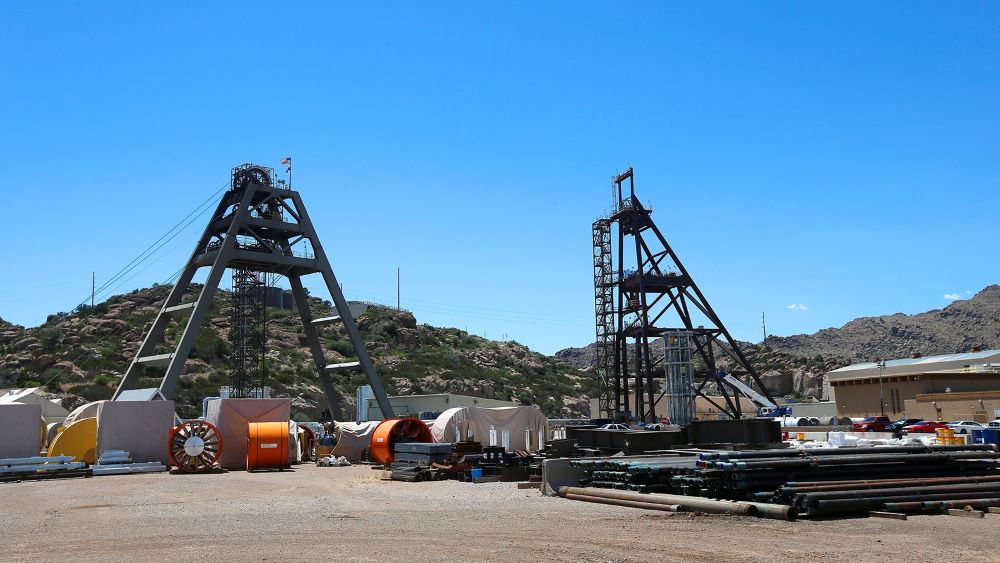 Apache Stronghold founder Wendsler Nosie Sr. has likened Oak Flat to Mount Sinai: "our most sacred site where we connect with our Creator, our faith, our families, and our land."

Resolution Copper's mine, Apache Stronghold said, will swallow the site in a massive crater and render "longstanding religious practices impossible."

Native Americans have said this fight over Oak Flat is "an awakening for other Natives to challenge the government over religious freedom."

Nosie said in a statement on the ruling, "It makes you aware that the U.S. government's untold rule is: Because you are Indian and we control you and the land you live on, we can do as we wish even if it steps on your religion or sacred sites."