New statement points to how companies can make a 'just transition' 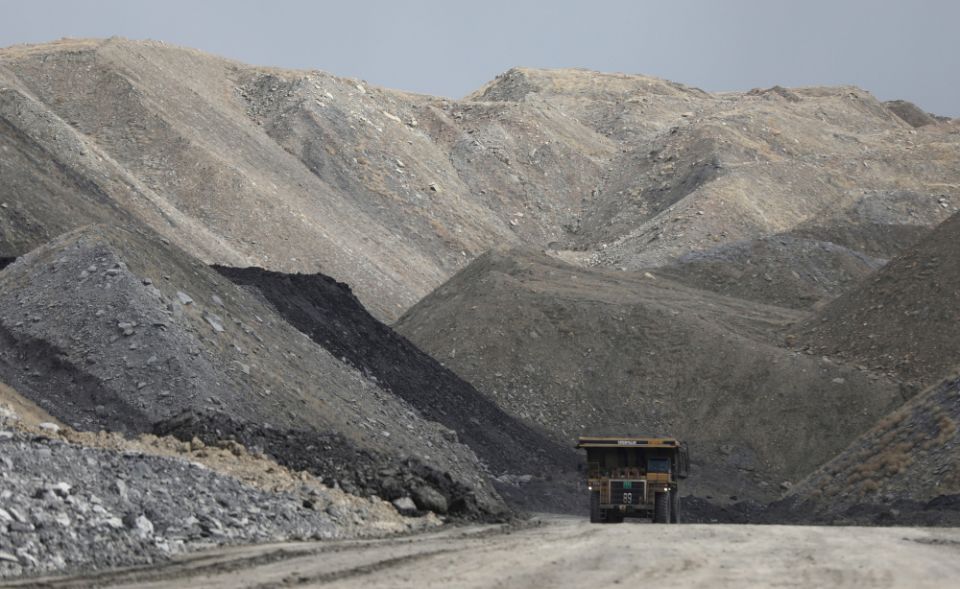 Washington, D.C. — A new statement developed by the New York-based Interfaith Center on Corporate Responsibility lays out what it expects to see from corporations as they make a "just transition" to a more sustainable economy.

Included in those expectations are "high-road" jobs, respect for human rights, positive community impacts and the remediation of harms.

According to the statement, "high-road" jobs are those that among other things provide family-friendly benefits, offer flexibility, pay a livable and fair wage, invest in employee growth, cultivate inclusion and promote health and safety.

The statement, issued Feb. 9, has as signatories 96 global investors — including at least three dozen that are Catholic — with a total market capitalization of nearly $3.8 trillion.

This collection of investors is "representative of investors from across the globe," said Stephanie Lavallato, ICCR associate program director of climate and environmental justice programs.

Not all are ICCR members, either, she added, as the document was distributed beyond its membership prior to publication. The group represents both "faith and values investors," Lavallato said, and "broader mainstream investors."

The document, "Statement of Investor Expectations for Job Standards & Community Impacts in the Just Transition," points to the Paris Agreement, the 2015 international accord on climate change and finance signed by then-President Barack Obama.

He ratified it on his own, bypassing the U.S. Senate, and the agreement went into effect in October 2016 after enough countries ratified it. Obama's successor, Donald Trump, withdrew the U.S. from the agreement, contending it would "undermine" the nation's economy.

On Feb. 19, 2021, under Trump's successor, Joe Biden, the U.S. officially returned to the climate accord.

The Paris Agreement, noted the ICCR statement, was "informed by long-established corporate principles on human rights." The accord acknowledged the importance of "a just transition of the workforce and the creation of decent work and quality jobs" and "taking into consideration vulnerable groups, communities and ecosystems."

There are five key points for companies in the ICCR statement:

"Healthy and equitable communities, the provision of quality jobs with strong labor protections and fair wages, and operating within the limitations of the earth's resources are essential to a thriving economy and are therefore material to investors' long-term interests," the ICCR statement said.

Because of this, Lavallato told Catholic News Service in a Feb. 10 phone interview, corporations will see that adopting these principles will "drive long-term investor value."

"We've seen over the last few years" the combination of sustainability and social justice has grown "more and more popular as an issue that needs to be addressed," she said.

Lavallato noted another investor consortium — one with a $10 trillion market capitalization — had tackled the subject about three years ago and "got a lot of investor support." But "it was at a higher level — more of a conversation — what does it mean for the long term why investors need to be embracing a long-term plan — but didn't refer to the 'how.'"

"Our statement offers some key guidance: What does it mean to offer equitable job opportunities, diverse workforce standards," she said.

The ICCR statement supports companies' efforts to adopt "leading practices in hiring and human capital management such as the use of local and targeted hire provisions, diverse contracting requirements and workforce provisions, prevailing wages, workforce education and training, and other high-road standards."

Elsewhere in the document, it says, "Healthy and equitable communities, the provision of quality jobs with strong labor protections and fair wages, and operating within the limitations of the earth's resources are essential to a thriving economy and are therefore material to investors' long-term interests."

'This means supporting (government) policies that address accountability, transparency and remediation within their plans to achieve science-based decarbonization goals.'

"Communities of color have disproportionately suffered the impacts of corporate pollution and other environmental impacts from historical policies that systematically embed environmental racism," it added.

The ICCR statement said, "Systemic disinvestment and underinvestment in communities of color have created inequitable access to opportunity, which has undermined these local economies."

It calls on corporations to adhere to "the principles of the United Nations Declaration on the Rights of Indigenous Peoples, and center a racial equity lens to remediate the harms of this ongoing injustice and establish appropriate safeguards and processes to prevent future harm."

A company, the document said, has an obligation beyond putting these principles into practice. "This means supporting (government) policies that address accountability, transparency and remediation within their plans to achieve science-based decarbonization goals."

"Now, the work starts, right? We've got the statement, now's the time to put it into action," ICCR's Lavallato told Catholic News Service. " We're heading into proxy season," but deadlines have passed at most publicly traded firms to propose a shareholder resolution based on the statement's principles.

But Lavallato predicted the document will "gain momentum as we head into the fall. The nature of the just transition works and engages with openness to other issues. It requires an ongoing conversation."