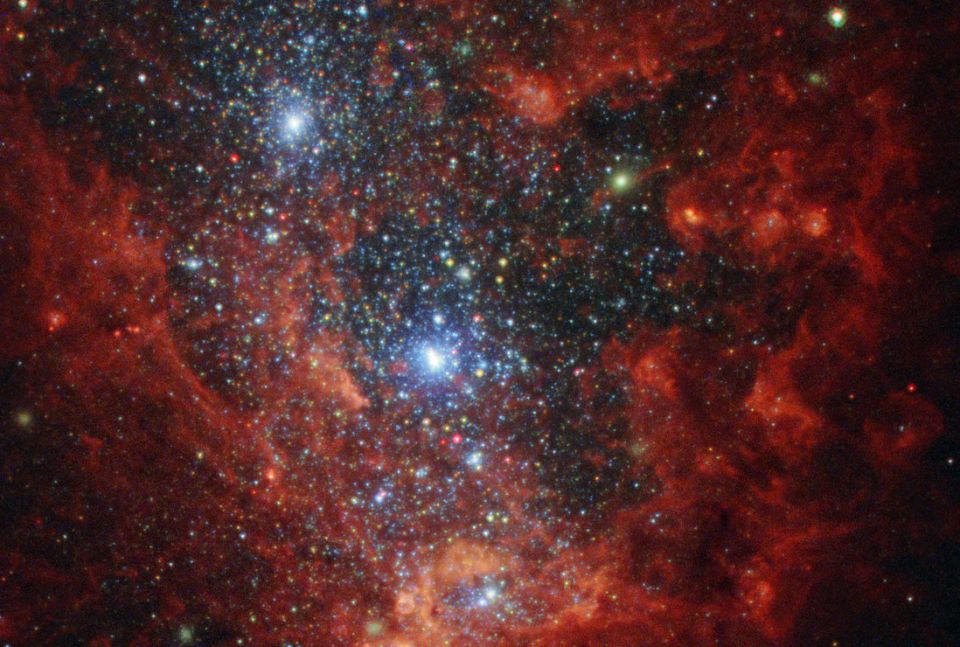 A Hubble Space Telescope image shows the 30 Doradus Nebula, a vast, sculpted landscape of gas and dust where thousands of stars are being born. (NASA/ESA/N. Walborn and J. Mamz-Apellaniz)

One piece of the conundrum we are in as a society is that we have lost a sense of wonder about our true role in the whole of the cosmos. Instead of nurturing wonder at our place within the cosmos, we tend to assume, arrogantly, that we are at its center. This arrogance blinds us to the multiple ways that we are destroying ourselves and the whole fabric of life.

Blind arrogance is killing us when the White House issues executive orders that weaken the Clean Power Plan and methane regulations, purposefully underestimates the costs of carbon pollution, slashes the Environmental Protection Agency's budget by one-third, and dramatically cuts the budgets of seven science agencies.

This anti-science agenda is driven by a president who has nominated numerous anti-climate, pro-fossil-fuel-industry individuals to powerful administrative positions.

The Renaissance Christian humanist and theologian Nicholas of Cusa (1401-64) called this self-centered arrogance "unlearned ignorance," the ignorance of those who trust in their human intelligence and who, through pride and presumptuousness, close themselves off to the path of divine wisdom. This is the worst form of ignorance because it represents a smug knowing that cuts itself off from the divine origin of life itself.

Theologically and spiritually, unlearned ignorance represents the depth of sin in which we become absent to ourselves, to other beings, and to God. In Nicholas' words, we are "unwise fools," who in "their vanities fell short and embraced the tree of knowledge but did not apprehend the tree of life."

Too often in the past year, it has seemed like our nation is being led by unwise fools. 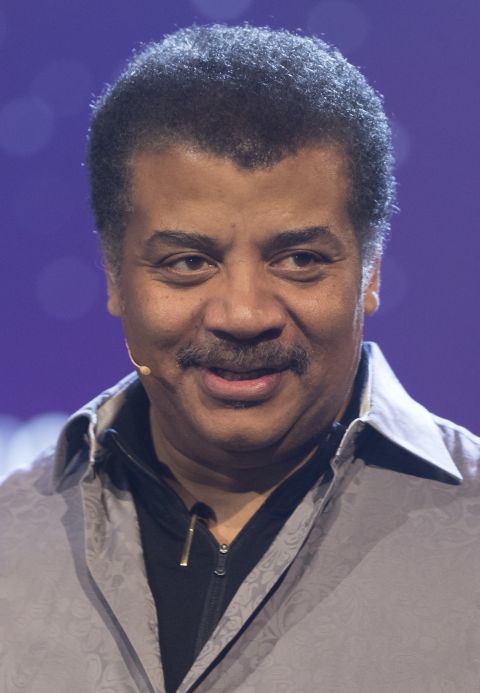 By contrast, Nicholas describes "learned ignorance" as a step toward understanding our true role in the cosmos. It means recognizing oneself as ignorant in relationship to the infinity of divine truth and it invites a spirituality of humility.

Through the discipline of astrophysics, Neil deGrasse Tyson invites us into humility — and learned ignorance — about our very limited role in the cosmos.

As Tyson reminds us, humans are, incredibly, made largely of the same matter as the rest of the cosmos. He explains: "In our past, billions of years ago, high-mass stars" manufactured heavy elements "in the crucible of their core." When high-mass stars explode, they scatter these elements across the galaxy to create new star systems that "have ingredients that make planets and life so that we have cosmic connectivity to the operations of the universe that I think is almost spiritual in its depth of feeling it can bring over you when you just stand out in the night sky, on a clear night, and look up and realize that we are not only in this universe, here on Earth, but the universe is in fact in us."

Tyson explains cosmic connectivity biologically by noticing the "mind-boggling" fact that "there are more molecules of water in a cup of water than there are cups of water in all the oceans of the world."

When we excrete molecules of water naturally, we are excreting molecules that made their way through Jesus, Genghis Khan, Abraham Lincoln and every migrant who ever wandered the earth. While too often we exclude migrants because of perceived difference, the fact is that we are intimately and intricately interconnected with them, and with all people through history.

In the context of current disdain for truth, Tyson reminds us that Lincoln initiated the National Academy of Sciences in 1863, in the midst of Civil War, as a way for the nation to utilize emerging science to guide public policy. We would do well to practice Lincoln's intellectual humility and elect public officials who utilize science for the greater good of humanity and the planet.

Respect for science, I suggest, will thrive in the future if it is rooted in the soil of the contemplative life. Nicholas of Cusa invites a practice of contemplation that looks even deeper into each being around us, at the whole of the cosmos, and God.

Ultimately, Nicholas argues that there is a third form of ignorance that retains a deep sense of human finitude and unknowing, as with learned ignorance, but it gains mature illumination through the sight of another. This illumination is the work of grace, God's seeing Godself in and through us, and indeed through the whole of the cosmos.

Graced illumination is more than physical seeing. God's vision reveals the depth and breadth of our identity in relationship to others, including the most vulnerable creatures among us and the stars beyond our sight. For Nicholas, God's illumination of learned ignorance draws us into the full realization of ourselves as beings who share in God's being and love.

Of course, the full reconciliation of human ignorance with God's seeing becomes possible only through God's revelation in Jesus Christ. I pray that we take steps in the way of learned ignorance in 2018. Then we might yet recognize our radical need to care for one another and the whole of the cosmos of which we are both an integral and small part.