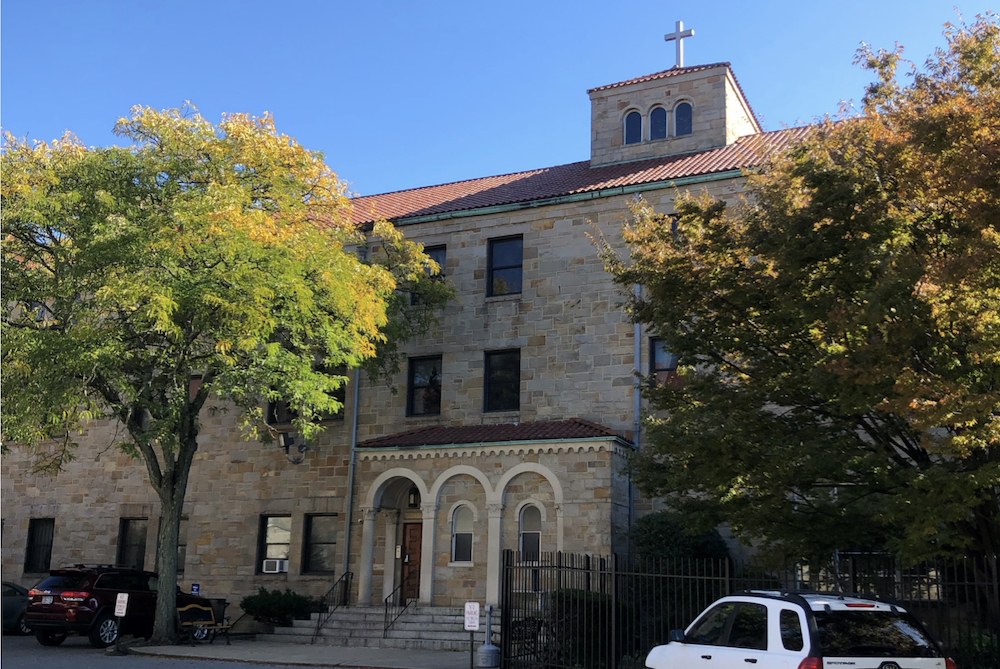 The Bishop Malloy Passionist monastery and retreat house on Edgerton Boulevard in Jamaica, New York, is being renovated. It will open in 2022 as the Thomas Berry Center. (Courtesy of Kliment Halsband Architects)

Seeing Fr. Thomas Berry's portrait on the walls of the Passionist monastery and retreat house in Jamaica, New York, it is difficult to imagine a time when the priest who helped enshrine the environment as a central concern in Catholic thought was relegated to the job of doorkeeper.

At the time, in the mid-1950s, Berry's religious superiors considered the philosopher priest's ideas more pantheistic than Christian, too embracing of Eastern philosophy with not enough emphasis on Catholic doctrine.

Despite the conflict, all accounts from his confreres indicate that Berry, who died in 2009 at 94, was a gracious host.

Now the musty, old monastery building is being rehabilitated, a reflection of the way in which the Passionist community has come to embrace his teachings.

The order has renamed the retreat house, previously named for former Brooklyn Archbishop Thomas Molloy, in Berry's honor. The Reconnect job center operating in the building prints out T-shirts bearing the priest's name and some of his sayings, including "We Are Born of the Earth" and "Healed by the Earth."

The cry of the poor and the cry of the Earth, often invoked by Latin American liberation theologians, were also joined by Berry. As a Passionist priest, he saw a parallel between the degradation of the environment and the crucifixion of Christ, which is at the center of the Passionist charism. 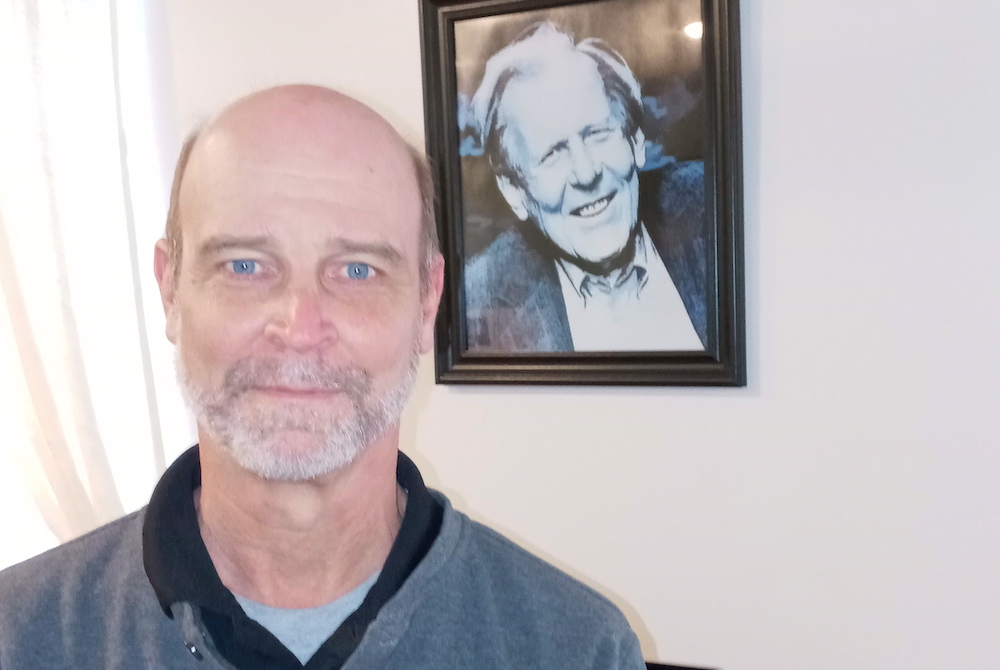 Much of the time he preached his environmental gospel to secular audiences. But he now has entered mainstream Catholic thought, his theories about a wounded Earth and the need for redemption echoed in Pope Francis' encyclical "Laudato Si', on Care for Our Common Home."

Berry's insights were rooted in a mystical experience he had at age 11 in a North Carolina meadow near his childhood home. There, immersed in natural beauty, he realized that in its efforts to tame the Earth, Western civilization had committed terrible sins that called out for redemption.

Passionists who listened to him acknowledge that although they did not always understand him — his interweaving of cosmology and ecology have been compared to those of another mystic and philosopher, the Jesuit Fr. Pierre Teilhard de Chardin — they nevertheless were fascinated.

Berry recognized "that the Passion lives out in the world," said Fr. James O'Shea, provincial of the Passionists' Eastern Province, who has played a central role in bringing Berry's thought into the mainstream of his religious community.

O'Shea was among the seminarians who, in the 1980s, sought out Berry's informal lectures, sometimes to the chagrin of their superiors. By that time, though, the older priest was returning from his metaphorical exile and gaining more acceptance in his community.

As a reflection of Berry's influence, the retreat house, now undergoing extensive renovations, will reopen next year with a renewed ministry aimed at offering an environmental and social response to the cries of both the poor and the Earth.

Located in Queens between affluent Jamaica Estates — the childhood home of Donald Trump, the political and business anti-Berry — and the struggling immigrant and Black communities off Hillside Avenue, it will include an indoor hydroponic garden, solar panels, the Reconnect headquarters and a residence for women leaving the prison system. Produce from the garden will provide plant-based meals for retreat-goers.

The remodeled facility will also serve as a conference center to reflect on Berry's thought, which, in his later years, was nurtured at another conference center run by the Passionists in the Riverdale section of the Bronx — a sign that he had made his peace with his community.

Many descriptions of Berry's life focus on his radical ideas of ecology. The entire 20th century was a tale of degrading the Earth, and it is the task of younger generations to save the planet from devastation, he once told a youth conference.

Berry spoke of "the Passion of the Earth," explicitly linking the charism of his religious community, devoted to the passion of Christ, with the environmental degradation he decried, said Passionist Fr. Stephen Dunn, a former student of Berry's.

But his influence went beyond religious Christians. He taught history and world religions at Seton Hall, St. John's and Fordham and Columbia universities. He had an absorbing interest in Western history as well as Chinese philosophy, and had ministered for a short while in China in the 1940s, before the Communist takeover.

Those who knew him recall his sayings, including, "the Earth is a single reality and cannot be saved in fragments" or, "The story of the universe is at once scientific, mythic and mystical" or, "However we think of eternity, it can only be an aspect of the present."

"I wouldn't say we understood what he was saying, but we tried to open our minds to what was happening," recalled Dunn, a member of the order's Canadian branch, which welcomed Berry for yearly talks, even when provincial leaders in the U.S. attempted to marginalize him.

Dunn said that Berry once told him that he liked to brood about great issues. In American culture, he noted, "there are only two places to do that: One is a prison and the other is a monastery."

"In his early years, he was a good monk. He wasn't disruptive or angry. But he was very independent," recalled Dunn. At a low point in his relationship with the Passionists, Berry sought to be incardinated into the diocese of Raleigh, North Carolina, but ultimately decided to stay with his order.

The community's old discipline was to rise at 2 a.m., and the monks were encouraged to meditate and contemplate through the pre-dawn hours.

Berry spent that time immersed in the histories of the church fathers. His studies eventually gave rise to his broader understanding of history, ecology, cosmology and the way in which the Earth was being transformed through human intervention. During the McCarthy era, he insisted that his prep school students study Karl Marx, which riled his superiors.

During Dunn's novitiate, students were told to avoid Berry, for fear that he might inundate them with dangerous ideas. That made him even more of an attraction, and because they were allowed to choose their confessors, they used confession time to talk with the controversial Passionist. 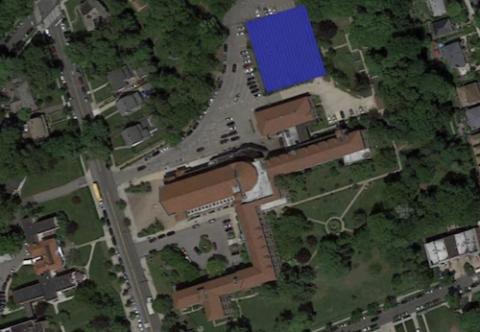 Now he has moved into the mainstream of Catholic thought, said Dunn, particularly in the writings of Francis. Through Berry's influence on Brazilian theologian Leonardo Boff, many of his insights about the environment made their way into Laudato Si'.

Thomas Keevey, a former Passionist and friend of Berry's, said the scholar fit into the world of prayer, penance, poverty and solitude nurtured by his religious life.

Berry attracted a following but was not comfortable embracing the role of celebrity guru. He appeared to care little about taking credit for his writings, saying, "Use my ideas, not my name," Keevey said. His work was often distributed informally, using the technology of the day — mimeographed sheets.

Berry drew on Eastern thought as well as secular models to describe the need to honor creation, and some criticized him for downplaying an overtly Christian message.

He rarely referred explicitly to Jesus, and whenever someone mentioned God, Berry would spend time digging into what the person meant. But Keevey believes that Berry would have seen no contradiction. It was all one to him, and he reveled in the connections.

"He would always insist on the beauty of all creatures," Keevey said. "That's where he found God."