A sermon on COVID-19 and climate change

Young climate activists march during a rally outside the White House in Washington on Sept. 13, 2019. (RNS/AP/Susan Walsh)

Though not a preacher and certainly not a Christian, I delivered the following sermon on March 29 to an empty room. I pass it along for what it's worth.

As you sit in your homes, watching your screens and homeschooling your kids and hoping you have enough provisions and praying that none of your friends and loved ones gets sick, I've been thinking about epidemics and what they mean for us human beings. To help me do that, I pulled off the shelf Nobel Prize-winner Albert Camus' "The Plague."

It's a novel about an epidemic that comes to the Algerian coastal city of Oran in the 1940s, when Algeria was part of France. At a crucial moment, the learned Jesuit priest, Fr. Paneloux, delivers a sermon from the pulpit of the big cathedral.

As sermons in hard times go, it's pretty harsh. It begins:

If today the plague is in your midst, that is because the hour has struck for taking thought. The just man need have no fear, but the evildoer has good cause to tremble. For plague is the flail of God and the world His threshing-floor, and implacably He will thresh out His harvest until the wheat is separated from the chaff.

I'm afraid that that's my message for you, too, today. This plague we're going through, this pandemic, has also struck the hour for taking thought. It also represents a divine flail.

But I see it less as a means of separating the wheat from the chaff, the good people from the bad, than as a spur to action. And not just for you and me. Pandemic comes from the Greek words for "all" and "people," the point being that this is something that affects everyone on Earth.

What else affects everyone on Earth these days? Why, climate change of course. Wherever you live, no matter north or south, east or west; whatever your race, religion, ethnic group or nationality; rich or poor; we are all one in having to face the effects of our species' blasting of greenhouse gases into the atmosphere.

Now, I can hear (in my mind's ear) some of you muttering to yourselves, "Oh, there he goes again. Another sermon on global warming." Well, OK. I'll plead guilty to that.

But then I hear others protesting, "Would God really kill off thousands of people in order to teach the rest of us a lesson?" To be honest, that's a harder question.

Paneloux insists that the plague in Oran "was not willed by God." Rather, God "grew weary of waiting" for the people to stop sinning and, he says, "has turned his face away from us. And so, God's light withdrawn, we walk in darkness, in the thick darkness of this plague."

Camus tells us that Paneloux is a scholar of St. Augustine of Hippo, and here we have the Augustinian view that evil is privation of good, that by depriving us of God's goodness, God enables evil — good's absence — to take its course.

Well, you might say, "Same diff as if God willed the pandemic," and I'm not sure I disagree. But however we split this theological hair, the fact is that a lot of people are dying, and the world economy is going to pot.

Sure, God has grown weary of waiting for us to get serious about climate change. That's a big price to pay, and for what?

As we approach the great Judeo-Christian holiday of Passover, let us think for a moment about frogs. Frogs were one of the plagues sent by God to persuade Pharaoh to let the Israelites go. Now imagine that we are the frogs.

Actually, such imagining has become a trope when we talk about climate change. We are frogs in a big pot of water that's on the stove, and because the water is only slowly coming to a boil, we don't notice until it's too late. We're goners.

COVID-19 is all about throwing us frogs right into boiling water. Almost before we know it, Bam!

So what do we do? We shelter in place, we stop driving and flying on planes and meanwhile a lot of industrial economic activity grinds to a halt. And lo and behold, greenhouse gas emissions go way, way down.

In China, efforts to control the spread of the virus in February caused carbon emissions to fall 25% — an estimated 200 million tons of carbon dioxide, which is more than half the amount emitted by Britain annually. That's an estimated 77,000 lives saved in China versus 3,300 lost, for those of you into coronavirus bookkeeping.

Yes, some of you who have been reading up on this will point out that carbon emissions bounced way back after going down significantly during the Great Recession. To which I reply, we're a lot more concerned about climate now than we were then.

OK, not all of us. Since the Paris Agreement five years ago, a number of world leaders have lost interest in the subject or, worse, pretended that it's of no concern at all. 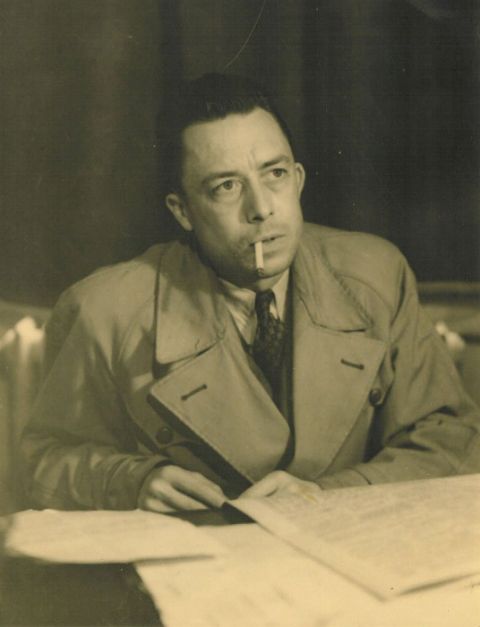 To me, one of the perplexities of the Bible is that part way through the succession of plagues, we are told that God has hardened Pharaoh's heart, as though God wants Pharaoh to keep from letting the Israelites go. At last, I get it.

God wants there to be leaders who, like our president, will push harder and harder to do the wrong thing. Because it's the only way the rest of us will wake up and do the right thing. That doesn't happen with leaders who dispense the soft soap, saying comforting things and doing way too little.

In the Passover story, Pharaoh, under the pressure of ever-more-serious afflictions, eventually does succumb and let the Israelites go. Likewise, our own Pharaoh has had to sign the biggest rescue package in U.S. history and may well be forced to sign an even bigger one. And after putting up resistance, he has gone ahead and ordered General Motors to manufacture respirators, just as Franklin Roosevelt once ordered General Motors to manufacture tanks and warplanes.

For years, climate change activists have been talking about the need for an economic mobilization on the scale of World War II: massive government spending, commands to corporations to produce what's necessary now rather than jiggering the incentives so market forces will achieve the right results in the fullness of time. So coronavirus has shown the way.

Yes, I know that some of you have been doing your part on the climate front — recycling, and composting, driving hybrid and even all-electric vehicles, decommissioning your wood stoves. You think of yourselves as the good ones, the wheat among all that chaff that has been driving around in gas-guzzling SUVs and taking ocean cruises and acting as though climate change is just a liberal plot.

Well, I've got news for you. All that feel-good activity doesn't amount to a hill of beans in the fight against climate change. You have cause to tremble along with the evildoers. You've got to go out and get involved in the politics of it.

I can't and I won't tell you which candidates to support. This congregation would lose its tax exemption if I did — in theory, anyway.

But as a congregation, we can be as political as we need to when it comes to issue advocacy. And on this issue, we need to a lot, because the only real solution will come with changes in national policy.

We know that, thanks to medical science, we will be able to put an end to the coronavirus pandemic within a year or at most two. Would that we could say the same for climate change!

So go ahead and plant your victory gardens. But also, go out and work for those candidates who have been persuaded by this great object lesson, this divine flail, that, unless we take radical action, the current disruption of the world will seem as inconsequential as a soap bubble.

And let us do this in right spirit.

Paneloux himself, at the end of his sermon, turns from his harsh words on sin and repentance to ask that the citizens of Oran "offer up to heaven that one prayer which is truly Christian, a prayer of love." God will, he concludes, "see to the rest."

So let us pray that, too.

EarthBeat | A sermon on COVID-19 and climate change