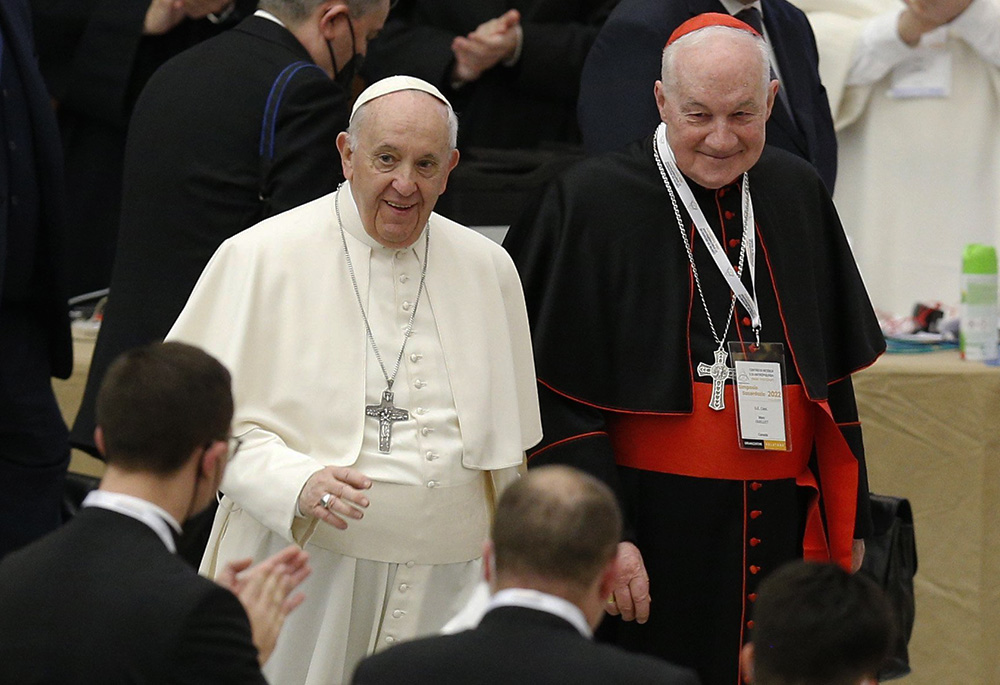 Pope Francis walks next to Cardinal Marc Ouellet as he arrives to open an international symposium on priesthood at the Vatican in this Feb. 17 file photo. The Vatican press office, in an Aug. 18 statement, said the pope decided that there was not sufficient evidence to open canonical proceedings against Ouellet for alleged sexual assault. (CNS/Paul Haring)

The Vatican's mishandling of the allegations of sexual misconduct against Cardinal Marc Ouellet is simply hard to fathom.

Twenty years after the explosion of abuse cases in the Boston Archdiocese shined a harsh light on the Catholic Church's disgusting propensity to doubt sexual abuse victims and protect their abusers, have church leaders learned nothing at all?

A recap: Ouellet, the long-term leader of the Vatican's influential Dicastery for Bishops, was revealed in August to be part of a list of alleged abusers named in a class-action lawsuit in Canada.

According to court documents, the Vatican acknowledged the specific allegation against the cardinal — "nonconsensual touching of a sexual nature" against an adult laywoman in Quebec in 2008 — as early as February 2021.

The Vatican did not publicly address the complaints until after they were made public in Canada in August. While it might make good sense to keep quiet about allegations against any official while investigations are ongoing, it beggars belief that it would take 18 months for those investigations to conclude.

One would think investigations against one of the church's highest-ranking officials would merit swift attention. One would likewise think the people of God are owed at least some indication that one of their leaders stood accused of assault. 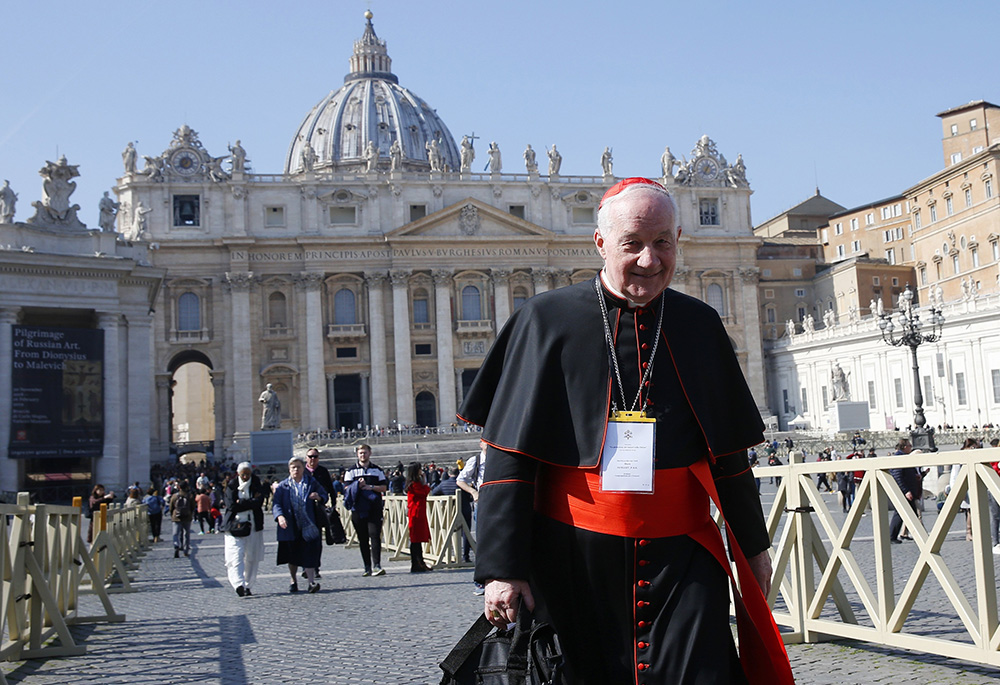 It also does not make sense that, as the Vatican revealed in its Aug. 18 statement about the case, that the person tasked with looking into the matter would be a close associate of the accused prelate.

In this instance, the Vatican said Pope Francis had assigned Belgian Jesuit Fr. Jacques Servais to consider the allegations against Ouellet. Servais and Ouellet have known each other since at least 1991 and are both long-standing members of a six-person group, the Lubac-Balthasar-Speyr Association, that promotes the work of theologians Jesuit Fr. Henri de Lubac and Swiss Fr. Hans Urs von Balthasar.

That the investigator would be so close to the investigated is simply nonsense. It also stands in stark contrast to Francis' own landmark 2019 motu proprio on the handling of abuse allegations against bishops, Vos Estis Lux Mundi, which clearly states that those investigating allegations of abuse "must be free of conflicts of interest."

To be clear, Ouellet has called the allegations made against him "false" and said, "I firmly deny having made any inappropriate gestures toward her." The Vatican has said that after receiving Servais' report on the matter, Francis decided "there are insufficient elements to open a canonical investigation for sexual assault by Cardinal Ouellet."

But now what? Who can trust the results of an investigation undertaken by an individual with such a close association to the accused?

The assessment of the Survivors Network of those Abused by Priests (SNAP) was that the pope "passed up a perfect chance to demonstrate that even those closest to him … are not immune to investigation."

The only remedy here is transparency. Francis and the Vatican must now clearly outline how Servais conducted his investigation of the allegations, and what he did or did not find. The pope should also consider asking another investigator to reexamine the findings. There are plenty of lay experts available.

It would also be a good time to clarify whether Vos Estis, one of the major reforms of this papacy, remains in effect. The document entered into force for a three-year ad experimentum period on June 1, 2019. It has now been formally lapsed for nearly three months.

Perhaps its renewal is a fait accompli, held up by the usual Vatican bureaucratic wrangling, and by the difficulty of holding in-person consultations in our continuing pandemic era. No matter the reasons, it's past time for Francis to end the holdup.

Either way, the Vatican's handling of the Ouellet allegations does not engender confidence.

A version of this story appeared in the Sept 2-15, 2022 print issue under the headline: Vatican mishandled Cardinal Ouellet allegations.