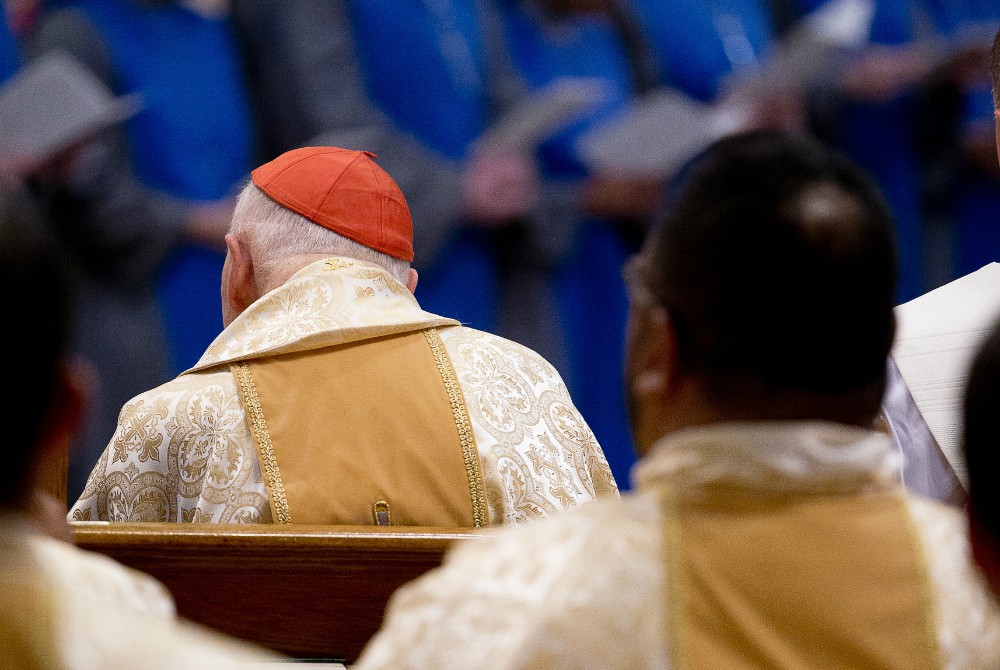 Then-Cardinal Theodore McCarrick is seen at a church in Washington Nov. 1, 2017. (CNS/Tyler Orsburn)

As we publish this, it has been one year, 10 months, and six days since Pope Francis ordered a report on the Vatican's documentation about how Theodore McCarrick was promoted through the ranks of the Catholic hierarchy for decades, despite multiple, then-secret reports of his sexual misconduct with seminarians.

And it has been six months and six days since a Vatican official last gave a public update on the status of the report, when Secretary of State Cardinal Pietro Parolin told the Reuters news agency that work on the text was done, awaiting only a final "go" order for publication from Francis.

Certainly, the world has changed in drastic ways since the pontiff first ordered the report on Oct. 6, 2018, and even since Parolin gave the last progress update on Feb. 6.

From March through mid-May, the Vatican was effectively closed for business by Italy's strict coronavirus lockdown, which may have prevented any necessary final review of archival documents. Given the patchwork coronavirus response across the U.S., any required follow-up interviews with those harmed by McCarrick would have been hard to arrange.

And Francis may have sensibly wondered about the propriety of releasing a text expected to reopen a multitude of old wounds for U.S. survivors of sexual abuse as Americans, like others across the world, deal with an unprecedented era of death, suffering, and loss.

But we are quickly reaching the point where continued delay becomes unexplainable.

McCarrick's initial suspension from ministry in June 2018 was due to a report — later found "credible and substantiated" by the New York Archdiocese — that he had sexually abused a 16-year-old altar server in 1971.

And we now know that at least two former seminarians reported McCarrick to their local bishops as far back as the 1990s. The Newark Archdiocese and the dioceses of Metuchen and Trenton, New Jersey, made a secret settlement with one man in 2005, and the Metuchen Diocese settled secretly with the other man in 2007.

Even amid the annals of sexual abuse by Catholic clerics in the U.S., which are sadly full of contemptible and loathsome characters, McCarrick cuts a despicable shadow.

If there are legitimate grounds for delay in releasing the report on how such a man was able to win promotion, again and again, the Vatican should say so. The more time that passes, the more fuel for the church's right-wing ideologues to make unjustified claims of a cover-up by Francis, who, as the archbishop of Buenos Aires, Argentina, simply had no part in McCarrick's career.

The people of God deserve a full accounting. Out with it.

A version of this story appeared in the Aug 21-Sept 3, 2020 print issue under the headline: It's past time for Vatican report on McCarrick's shameful rise.