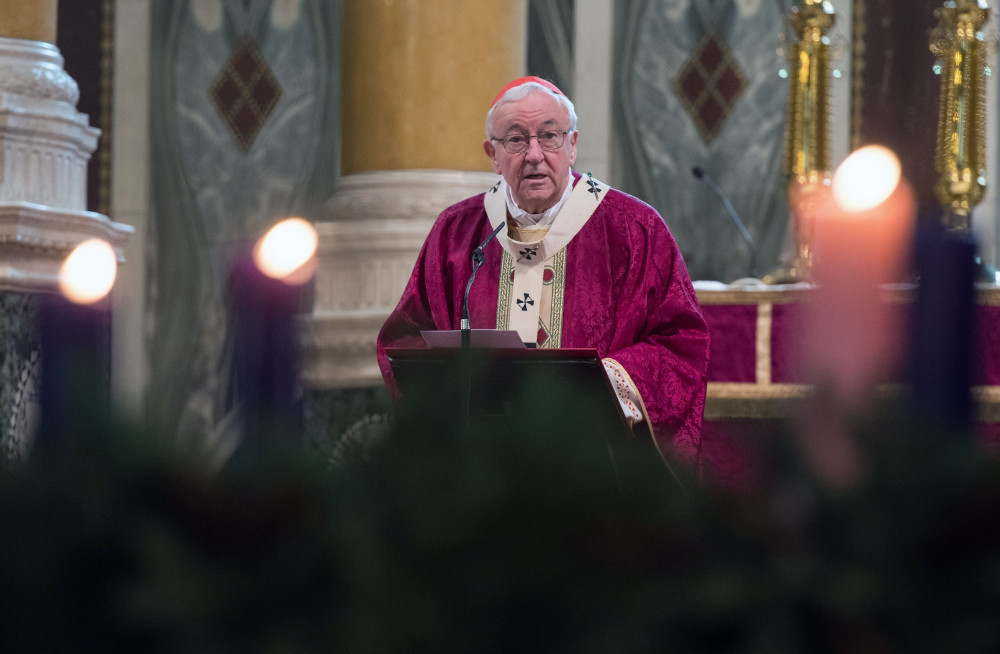 Cardinal Vincent Nichols of Westminster, England, delivers the homily during a Mass of Thanksgiving at London's Westminster Cathedral Dec. 21, 2019. A U.K. inquiry released Nov. 10, 2020, criticized Cardinal Nichols and the Vatican for failing to show compassion or leadership in the fight against child abuse. (CNS/Courtesy Bishops' Conference of England and Wales/Marcin Mazur)

Cardinal Vincent Nichols of Westminster said he will not "walk away" from leadership of the church amid pressure to resign over his handling of child abuse cases.

Nichols, president of the Catholic Bishops' Conference of England and Wales, has faced calls from sexual abuse survivors, lawyers and the media to step down since an inquiry into child abuse concluded that he showed neither compassion nor leadership in confronting the problem in at least two instances.

But in a Nov. 20 virtual news conference to announce wide-ranging reforms to child protection systems in the English and Welsh church, he said he had "no wish whatsoever to turn my back on this challenge, no wish to walk away at all."

"I want to be there doing everything I can to take these important recommendations forward," he said.

"I won't be doing the work myself. It is the work given to professionals designated to do it, but they can be sure they will have my full support and enabling ability to bring this to a proper end."

The Independent Inquiry into Child Sex Abuse, convened by former Home Secretary Theresa May nearly a decade ago, accused Cardinal Nichols of "preferring to protect the reputation of the Roman Catholic Church in England and Wales and in Rome" over the welfare of vulnerable children.

The 154-page "Roman Catholic Church: Investigation Report" said that the inquiry found "no acknowledgement of any personal responsibility to lead or influence change" on the part of the cardinal, saying "he did not always exercise the leadership expected of a senior member of the church."

But, speaking to media, Nichols emphasized that his "first thoughts are and were" for those who suffered abuse.

"To each and every one I express my profound apologies," he said. "I have spent many hours listening to survivors, I have sat and talked with them, I have shared meals with them and I have wept with them. Nothing removes from my soul the horror of what has happened."

"I remain shocked and ashamed," he said. "It's a reality that hangs like a dark cloud over my mind and heart."

"Abuse is terrible wickedness. It can destroy or severely damage the capacity for trust and love. It can create of a life an empty shell," he said. 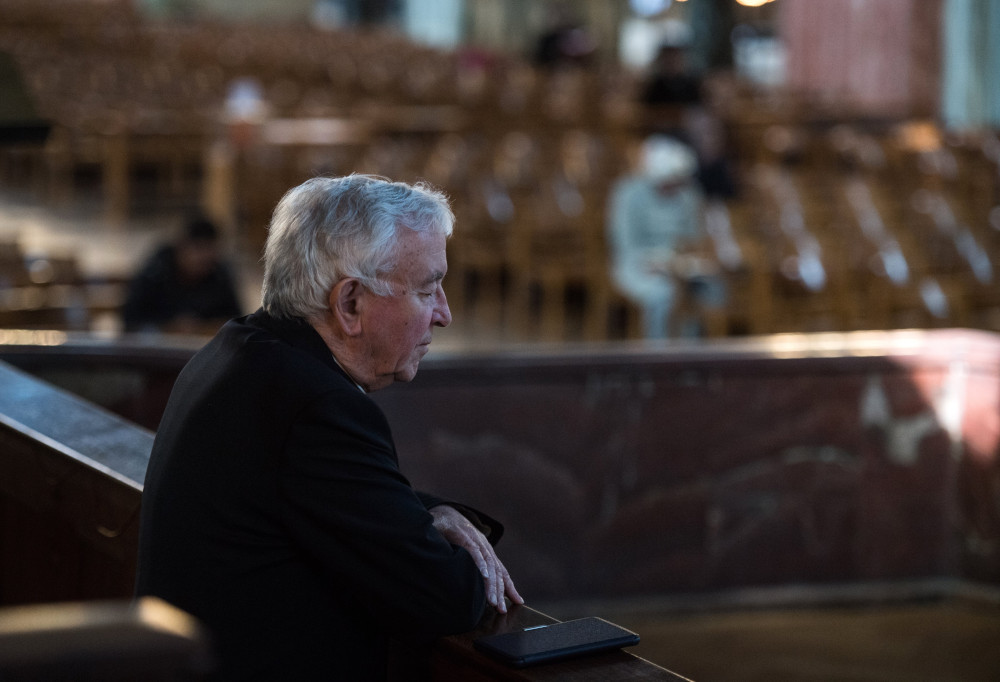 Cardinal Vincent Nichols of Westminster, England, prays inside London's Westminster Cathedral March 22, 2020. A U.K. inquiry released Nov. 10, 2020, has criticized Nichols and the Vatican for failing to show compassion or leadership in the fight against child abuse. (CNS/Courtesy Bishops' Conference of England and Wales/Marcin Mazur)

"I say again I am very sorry for all that has happened over these years," he added.

The national inquiry has examined abuse in more than a dozen institutions, including social care, government and the Anglican Church, and will report on each area before it publishes a final general report.

In its report on the Catholic Church, it revealed that between 1970 and 2015 approximately 900 complaints were received into 3,000 instances of child sexual abuse against more than 900 individuals in the church, including priests, monks and volunteers.

In the same period, the report said, there were 177 prosecutions resulting in 133 convictions, with millions of pounds paid in compensation.

The report made seven recommendations in such areas as leadership, training, auditing and compliance, and requested a change in the Code of Canon Law to explicitly recognize abuse as a crime against a child.

But in the Nov. 20 news conference, child protection specialist Ian Elliott, who chaired the new review of safeguarding in the church, established in July 2019, told journalists the conclusions of his review panel exceeded the demands of the inquiry.

Besides structural improvements, he said, they included plans for the creation of a National Tribunal Service to address the canonical matters connected to clergy discipline and canonical offenses.

Carol Lawrence, a member of the review panel, added, "If we look at the recommendations around auditing, around complaints-handling, and around training — all of which came through the work of the panel and are in Ian's report — ours are much more far-reaching than IICSA suggested they needed to be.

"The intention is to be as far-reaching as we can in this," she continued. "More details have been thought out and the intention is there to make this happen as quickly as it can be implemented."

The reforms, which will place Catholic safeguarding under a "One Church" model covering religious institutions and other areas of ecclesial life as well as parishes and schools, will see the abolition of existing structures in favor of the creation of a single Catholic Safeguarding Standards Agency with the power to enforce uniformly high standards of protection.

Subsidiary groups include a survivor/victim panel.

The bishops have accepted the conclusions of the Elliott Report and plan to implement them immediately.

A Nov. 20 statement from the bishops' conference said the Elliott Report was "fashioned with the participation of survivors of abuse."

"Their insight and wisdom has been crucial," it said. "We thank them for their great courage and generosity in working with us, and we look forward to continuing this growing collaboration."