Priests lead campaign against mining in rural areas of Colombia 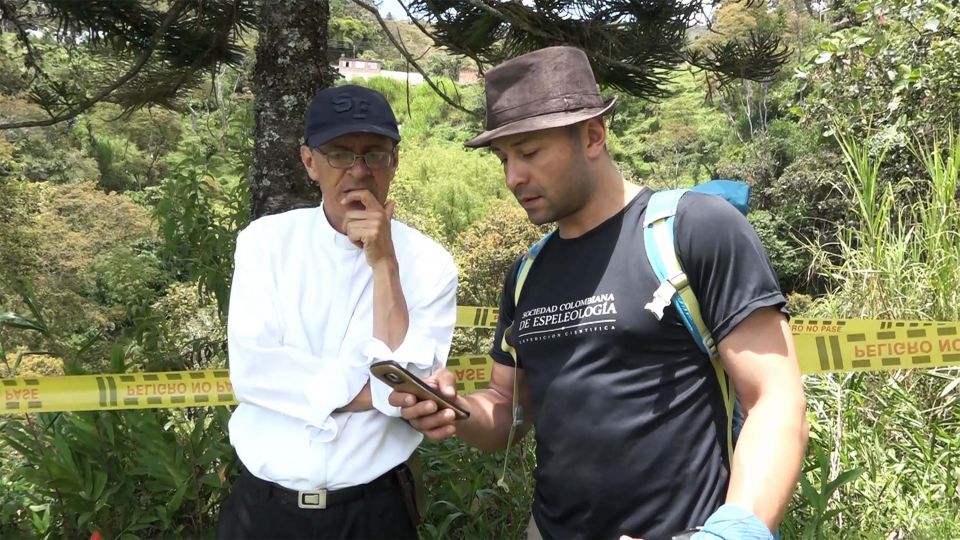 It was the first Sunday of October and Sucre -- population 7,000 -- had just carried out a special referendum on mining. Ninety-nine percent of voters voted "no" to mining concessions in the green, mountainous county, where most people live off their farms.

The result was frowned upon by Colombia's central government and by mining companies in the South American country. But the result was something the local diocese had pushed for. As a Mass was held to celebrate the referendum, Father Edgar Sanchez had no problem declaring on which side he stood.

"We praise the lord and thank him, because today we have gone out to defend his marvelous act of creation," Sanchez said during his sermon. "Today we have been missionaries of life ... we have understood that man has been called to live in harmony with all the creatures on this world."

Such sermons are rare in Colombia, where the church is hardly known for its involvement in environmental affairs.

But increasingly, priests and church groups around the country are turning their attention to issues like deforestation, the pollution of water sources and the struggle between large mining projects and farming communities that want to preserve their traditional lifestyle.

Sanchez told Catholic News Service that his involvement in Sucre's referendum against mining rose out of his concern with his community's quality of life. The struggle started in 2015, when Sanchez discovered the federal government had granted several mining titles in Sucre's rural area, without informing the local population.

One of the licenses would have allowed a local company to establish an open-pit limestone mine that could have potentially dried up 26 local streams, leaving up to 1,500 people without a reliable water supply and threatening the livelihoods of local dairy farmers, according to a study conducted by local environmental groups.

Sanchez and a handful of community groups formed an environmental committee to study actions that could be taken against the licenses.

They began to work on two fronts: A lawsuit that sought to revoke the main mining title, and a referendum, where the county's voters would be asked if they wanted to have mining projects on their territory.

Sanchez said his parish worked hard to build awareness about mining among local campesinos. After celebrating Mass in local villages, he personally organized presentations on the mining referendum, where villagers where shown videos of the effect mining had in other communities.

"We had to open people's eyes," Sanchez said. "Sometimes people here are very gullible and willing to obey authority. We had to show them that life itself was at stake here, and that these mining projects would generate wealth for a few people, but keep most in poverty."

In the neighboring county of Jesus Maria, which also would have been impacted by the mining license, Father Samuel Garcia also promoted a local referendum on mining. With a group of environmental activists, he took to the road to promote the vote.

"In the villages, we used our chapels as the meeting place where people could learn about what was happening," Garcia said. "We put our video projector at the (environmental) committee's disposal and lent them our car to get around."

Sanchez said Pope Francis' recent visit to Colombia, and his message of taking the church "to the streets" encouraged him to keep up his work.

"We have a pope who is very worried about the environment." the priest said. "The church's social doctrine also talks about taking care of our common home," he said, in reference to the papal encyclical "Laudato Si'."

By getting involved in the anti-mining referendum, Sanchez inserted himself and the parish in a national debate over how to use the country's resources.

For the past two decades, Colombia's national government has been a big booster of mining projects, handing out 9,000 titles that cover 5 percent of the nation's territory. Mining and oil account for 70 percent of Colombia's exports and, currently, 25 percent of the government's fiscal income comes from these activities.

The administration of President Juan Manuel Santos argues that the industry can be developed safely, in harmony with community needs, and says it needs the money provided by mining and oil to expand infrastructure and social services in the country's poorest areas.

Orlando Velandia, president of Colombia's National Hydrocarbons Agency, said mining is an industry that the country of 50 million people "cannot afford to lose."

But environmental groups, indigenous tribes and campesinos have been resisting mining and oil projects, due to concerns over possible ecological damage, and also because, in many communities that are near oil and mining projects, people get the feeling that they are not seeing their fair share of the profits.

The Colombian bishops' conference has taken a cautious approach toward these referendums and has not sided with miners or environmentalists. Instead, it has said it is up to each parish and diocese to assess the local situation and support communities as well as they can.

"We encourage each diocese to reflect on the issue and analyze what is happening ... because this country has a lot of mining wealth, and each case is different," said Msgr. Hector Fabio Henao, director of Caritas Colombia.

Henao mentioned that in western Colombia, one diocese also led a campaign to stop illegal gold mining along a major river. In the departments of Antioquia and Choco, bishops have spoken out about how mines are destroying water sources.

Back in Sucre, Sanchez said his parish's next struggle will be to make sure that the national government acts on the referendum's results and revokes the local mining titles.

The priest and the local environmental committee are also trying to further document the area's natural assets, seeing if there is potential for ecotourism.

"We have to continue preaching the gospel of creation," Sanchez said. "Mining is not our desired road to progress."