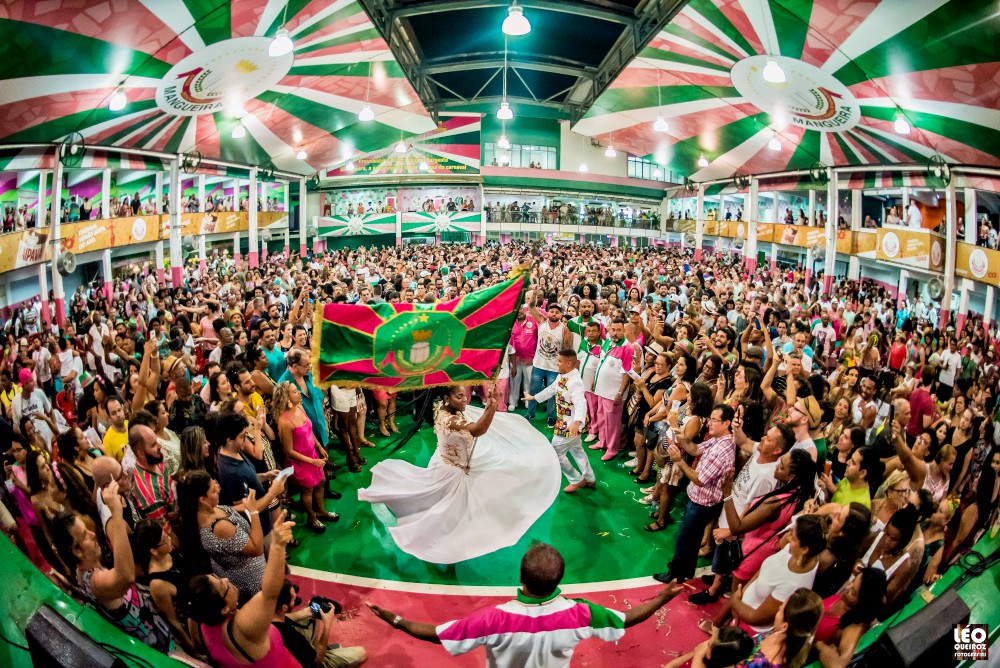 Dancers rehearse at Estação Primeira de Mangueira, one of Brazil's most traditional samba schools, in Rio de Janeiro. The school announced that the theme of its 2020 performance will be the story of Jesus taken to a Rio de Janeiro slum. (CNS/Courtesy of Mangueira/Leo Queiroz)

A survey released in January showed that the percentage of Catholics in Brazil continues to decline, while the proportion of evangelicals has increased at a higher annual rate in the past few years.

According to the private institute Datafolha, the proportion of Catholics in Brazil currently corresponds to 51%, while the percentage of evangelicals grew to 31%. In 2013, another Datafolha survey had shown that Catholics represented 57% of the Brazilian population, and Evangelicals amounted to 28%.

The last official census produced by the Brazilian Institute of Geography and Statistics demonstrated in 2010 that the proportion of Catholics corresponded to 64.6% and evangelicals amounted to 22.2%. The institute will conduct the next census this year.

Although the surveys produced by Datafolha and the Brazilian Institute of Geography and Statistics are not comparable — due to methodological differences — it's clear that the number of Catholics is decreasing at a faster rate in the past few years, explained José Eustáquio Diniz Alves, a demography expert who worked at the Brazilian Institute.

Alves believes that this process has accelerated since 2010 and now he estimates that the current rate of Catholic decline corresponds to 1.2% per year — with 0.8% of annual evangelical expansion. If nothing changes, evangelicalism will surpass Catholicism in Brazil by 2032, he calculates.

That would be a major transformation in a country that has the biggest Catholic population in the world, with more than 90% of Brazilians identifying as Catholic in 1970.

In Alves' opinion, the gradual decline of Brazilian Catholicism started with the process of urbanization. In 1970, for the first time there were more people living in cities than in rural areas.

"Brazilian Catholicism was strong in a rural society, with community and family relations determined by clear norms. With urbanization, a high level of consumption, and a new social mobility, the Catholic teachings apparently ceased to respond to the new context," argued Alves.

At the same time, the emphasis on individual solutions in many evangelical churches and denominations, particularly with the so called-prosperity theology — which correlates financial success and the presence of God — drew the attention of the newly urbanized poor.

"The economic crisis [which started in 2014] favored the evangelicals even more, given that they offer solutions for concrete problems as unemployment, depression and so on," added Alves.

In the last two decades, Brazil saw a huge growth in the presence of evangelicals in the media and in politics. In the past few years, they elected hundreds of congressional representatives. The mayor of the city of Rio de Janeiro is a bishop of the Universal Church of the Kingdom of God, Marcelo Crivella. President Jair Bolsonaro, who is Catholic, is married to an evangelical woman and had huge support from evangelical churches and leaders in the 2018 election.

In the opinion of Italian-born Catholic Bishop Adriano Ciocca Vasino of São Félix do Araguaia, the Catholic Church has "a great difficulty to be present in this current model of 'liquid society.' "

"Evangelicals grew particularly in the [poor, working-class] suburban areas and in regions of recent deforestation and rural occupation by migrants. We're not as fast as those churches and we haven't been able to secure our presence in those areas," Vasino affirmed.

The Prelature of São Félix do Araguaia, in the Amazonian state of Mato Grosso, encompasses forest regions and small cities of no more than 30,000 inhabitants each. Vasino estimates that 60% of the people there are Catholic — the rest go to evangelical churches.

"We always noticed a sentiment of abandonment by the people in the region. They usually tell us that they joined the church that was available," he said. Even the Catholic people, Vasino says, do not massively attend Mass.

Fr. Manoel Godoy, who assisted the National Conference of Catholic Bishops of Brazil for several years, argues that the actual participation of the Brazilian Catholics in the church has always been much smaller than the number of people who professed Catholicism. "What's happening is that now people have the courage to say they're not Catholic or they don't have any religion at all. It's a very strong cultural transformation," he told NCR.

The decline in the number of Catholics, therefore, is not leaving the churches empty. "In reality, participant Catholics continue to grow in presence and in commitment to the church," he said. 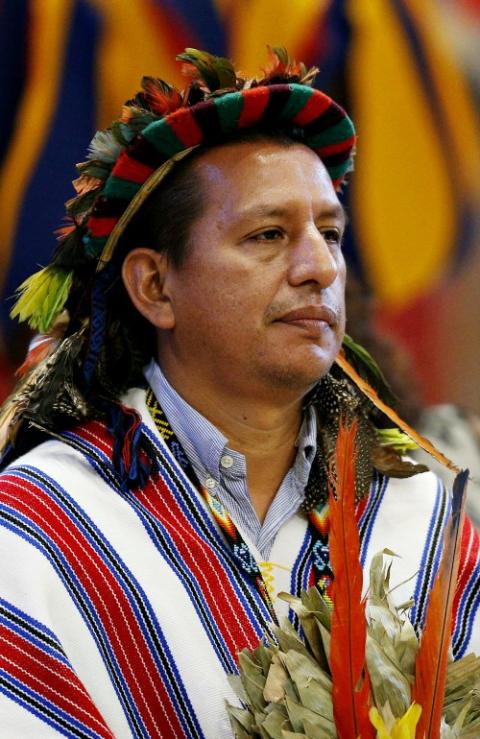 An indigenous man attends the concluding Mass of the Synod of Bishops for the Amazon celebrated by Pope Francis at the Vatican Oct. 27, 2019. (CNS/Paul Haring)

Indeed, the decrease in the overall proportion of Catholics in Brazil hasn't caused a vocation crisis, explained Fr. José Carlos Pereira, who holds a doctorate in sociology and has authored a number of quantitative studies on Brazilian Catholicism. "The number of diocesan priests ordained every year is rising. What happens is that there's a poor distribution of the clergy, with a special lack of priests in the northern part of the country," particularly in the Amazon, he said.

Pereira explained that the Brazilian church is concerned with its declining numbers and has recently established guidelines to deal with them. "In the past three episcopal conferences, the church has reflected on ways to attain people. The current orientation is to build a 'home church,' one which reaches not only communities, but also the people's houses, recuperating a sense of Catholic identity," Pereira said.

The debates of the synod for the pan-Amazon region, according to Vasino, reaffirmed the importance of a church of presence — in substitution of a model based on visits. "The church has a huge potential in the work with laypeople, offering them positions of responsibility in the pastoral work," he argued.

That was the model of the base ecclesial communities (CEBs in Portuguese), a massive Catholic social movement in Brazil, particularly in the 1980s. "Unfortunately, the church failed to strengthen the CEBs after some time and that left an open door for the departure of many," added Vasino.

Even though the probable religious transition in Brazil has great historical and social significance, the feeling among members of the hierarchy and priests — at least among part of them — doesn't seem to be of a catastrophic defeat.

"To be the major religion or not isn't very significant and to be in crisis isn't a negative thing — it can purify the church and create a more definite identity," Godoy said. "The most important thing to consider is whether the Brazilian society is more ethical, fair and compassionate. Maybe the church will become a more radical institution in experiencing the Gospel."

[Journalist Eduardo Campos Lima is a doctoral candidate at the University of São Paulo. Between 2016 and 2017, he was a Fulbright visiting research student at Columbia University.]