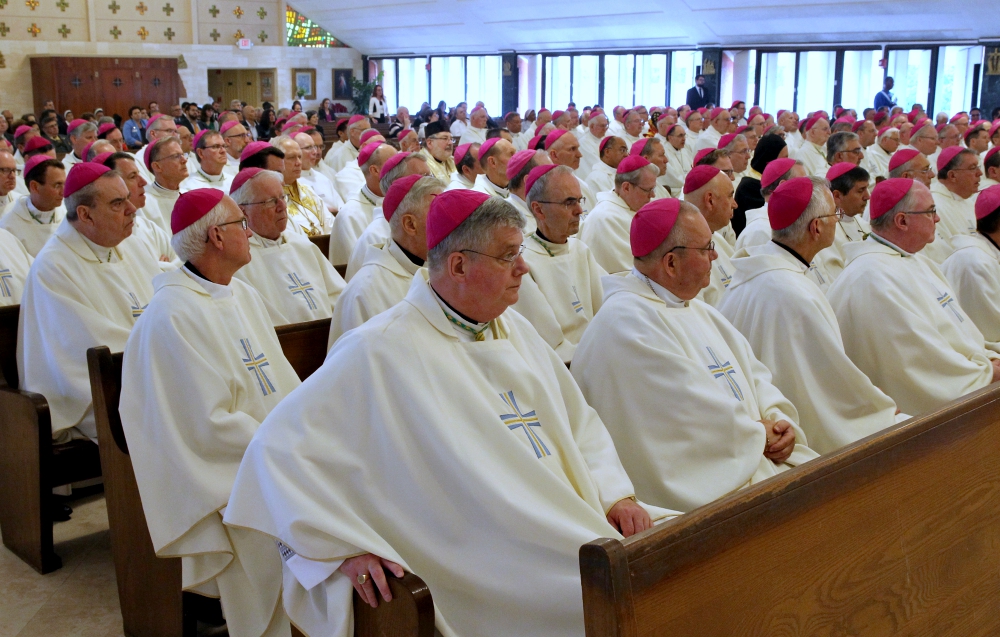 Editor's note: This story was updated at 1 p.m. Central time with comments from Bishop Timothy Doherty at a press conference.

Incremental changes to the U.S. bishops' guiding document on addressing sexual abuse of minors by clergy were approved Thursday during the prelates' annual spring assembly, marking the first modifications since 2011.

In the first of six votes set for day two of the gathering, the bishops voted 185-5, with one abstention, to approve a series of revisions to the Charter for the Protection of Children and Young People, also known as the Dallas Charter.

The vote marks the third time U.S. bishops have modified the charter, which was first approved at the bishops' spring meeting in June 2002 in response to the clergy abuse scandal that followed a flurry of reports by The Boston Globe's Spotlight team.

The latest changes will amend Article 13 of the charter to require all those in contact with minors undergo background checks, and broaden Article 6, which addresses codes of conduct, so that anyone encountering children must abide by standards for behavior and appropriate boundaries. Previously, the stipulation applied only to those who had regular contact with youths.

Another change will reassert the confidentiality of the confessional with regard to reporting allegations to public authorities, a decision Bishop Timothy Doherty, chair of the Committee for the Protection of Children and Young People, said was prompted "due to recent changes and challenges to the inviolability of the seal of confession."

In December, Australia's Royal Commission into Institutional Responses to Child Sexual Abuse recommended that the church remove exemptions from mandatory reporting laws for what clergy are told in confession.

Other revisions to the Dallas Charter will seek to promote the means, specifically digital channels, by which allegations can be reported; add reference to the causes and contexts study to the charter's preamble; and alter the revision period from two years to seven years.

The bulk of the nearly two dozen modifications address issues of style and language.

The revisions do not alter the Essential Norms for Diocesan/Eparchial Policies Dealing with Allegations of the Sexual Abuse of Minors by Priests or Deacons. Since they were promulgated as church law, any changes to the essential norms, last modified in 2006, would require Vatican approval.

The revisions brought before the assembled body of bishops were the result of a process involving the committees for child and youth protection; for clergy and consecrated life; for canonical affairs; the office of general counsel; and the National Review Board, the group of independent lay advisers to the bishops on child protection.

Before the June 14 debate, bishops were able to suggest modifications to the proposed revisions from late March to late May, with those proposals then reviewed by the child protection committee.

Little debate took place on the revisions, with only a single amendment suggested from the revisions presented the day before. Archbishop Michael Jackels of Dubuque, Iowa, asked if bishops should have received a list of rejected modifications or amendments issued before the spring meeting.

"Sometimes that inspired someone else to request a reconsideration," he said.

On the meeting's first day, Francesco Cesareo, chair of the National Review Board, said the board supported the revisions as they stood before the bishops' debate and amending session. 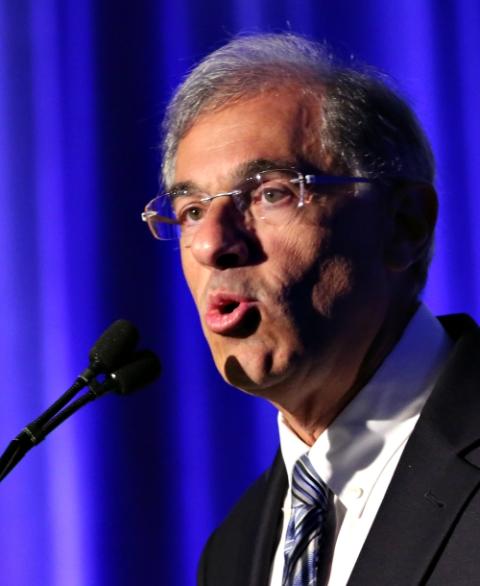 "I think it will be very helpful in making the charter a stronger document and will also allow for the church to be even more effective in its efforts of child protection and victim assistance," he told NCR.

Specifically, he said the expansion of background checks "will be very, very helpful," in that now everyone in contact with children will have to go through the screening.

Critics of the bishops' handling of the abuse crisis have repeatedly called for a charter revision to place the essential norms under the audit process, as well as place bishops found involved in the cover-up of abuse under the zero tolerance policy.

In addition, the Catholic Whistleblowers, an abuse survivor advocacy group, in April wrote to the bishops urging them to revise the charter to include mandatory publication by dioceses of those with substantiated allegations of abuse; require parish audits in the overall audit process; and appoint an abuse survivor as co-chair of future revision processes.

Doherty, bishop of Lafayette, Indiana, said during a press conference that the charter was designed to focus on clergy, and that bishops, in terms of church jurisdiction, fall under the purview of the Holy See.

"So we don't have legal standing in church law to cover the bishops," he said, while also noting actions taken by the Vatican in recent months on bishops who have mishandled abuse allegations.

Cesareo said that parish audits are one revision he would like to see the bishops make. He said he hoped that as more dioceses conduct such reviews, the bishops would move to codify them in the charter, perhaps in the next revision.

The 2017 audit saw an additional 15 dioceses and eparchies conducting internal or external parish-level audits, what the Review Board chair called an "encouraging result."

As for the decision to hold the revision process every seven years, Cesareo echoed Doherty in saying it would allow for time to implement the changes, and to evaluate the changes and learn from new developments.

Before the proposed revisions were introduced, Cesareo provided a progress report on the implementation of the charter through an overview of the most recent annual audit.

As have preceding reports, the 2017 audit reported "a sense of complacency" among a growing number of dioceses, though Cesareo noted the majority of dioceses are meeting the charter's requirements. (Fifty-eight of 61 dioceses receiving onsite visits were found compliant, as were 133 participating through data collection.)

"There is no room for complacency in this fight to protect our children, young people and vulnerable adults," Cesareo said.

He said that despite the progress made in implementing abuse prevention protocols, many Catholics and others outside the church still question the church's, and particularly the bishops', commitment to addressing the issue.

"You cannot afford to waver in your commitment to your promise to protect and pledge to heal," he told the bishops.

The 2017 audit reported fewer allegations of sexual abuse by clergy than the 2016 and 2015 iterations, with the number, 695, more in line with 2014 allegations. At the same time, reports of boundary violations have risen.

"These are red flags that cannot be ignored," Cesareo said, adding that the 24 allegations reported by minors demonstrated why "each allegation received by a diocese should serve as an important reminder that your vigilance is required."

Cesareo told NCR he didn't view the sense of complacency was stronger in the latest audit than previous years. He attributed it to shifts in personnel and diocesan leadership that can at times bring a lack of urgency.

"It's more a lack of urgency because you've got all this structure in place, and so the structure should take care of itself, but structures never take care of themselves. So I think that's what we're seeing," he said.

The new appointments bring the board's membership to 16.

A version of this story appeared in the June 29-July 12, 2018 print issue under the headline: Expanded background checks among changes to child protection charter.