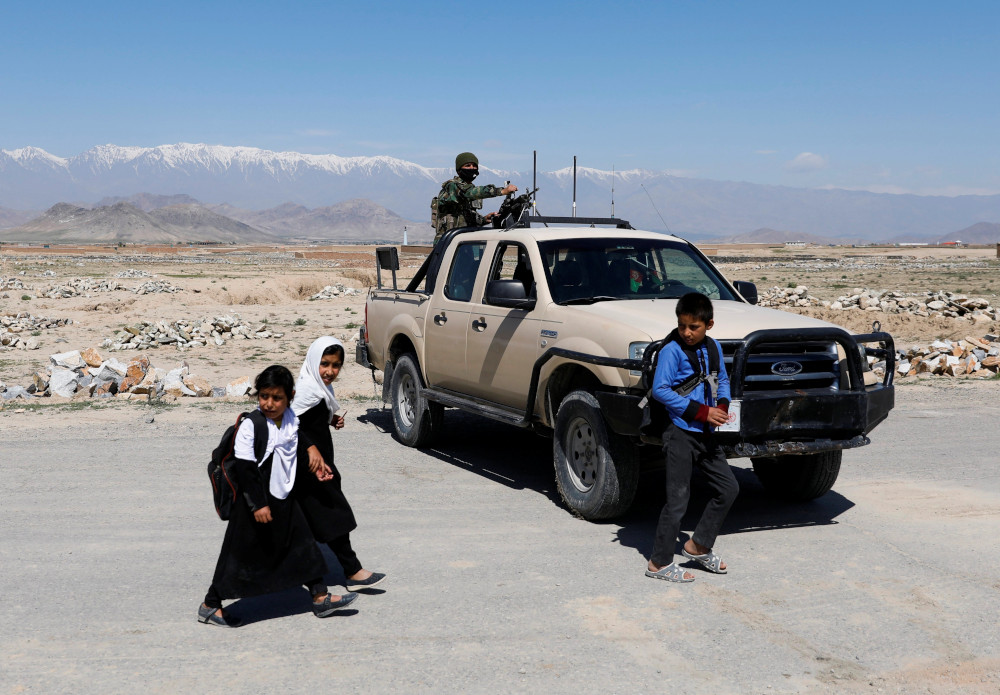 President Joe Biden's plan to withdraw U.S. armed forces from Afghanistan by Sept. 11 is leading observers to renew concerns about continued progress on human rights, the status of democratic reforms and whether a resurgence of violence will set back the war-beleaguered country.

The looming concern expressed to Catholic News Service by those observers focuses on civilians, who have borne the brunt of violence for decades.

The pullout, while welcomed by the observers, is worrisome to them because they are unaware of steps to prevent a recurrence of fighting among Afghan government forces and the Taliban, a fundamentalist Islamist movement that ruled the country until its ouster by the U.S.-led coalition in 2001.

"The U.S. policy has had diminishing returns and has not been able to achieve any significant goal over the last decade or more. The goal was to create a more secure, stable Afghanistan and that certainly has not happened," said David Cortright, director of the Global Policy Initiative at the University of Notre Dame's Keough School of Global Affairs.

The plan, which Biden announced April 14, calls for the remaining 3,500 troops to redeploy by Sept. 11, the 20th anniversary of the al-Qaeda-led jetliner attacks on the United States. In the announcement, NATO partners said they would be reassessing their commitment to maintaining troops on the ground after the departure.

Shukria Dellawar, an Afghanistan native who is policy director of the Washington-based Afghanistan Peace Campaign, said the U.S.-led war "never focused on peace," but was fought solely to achieve a military victory.

The emphasis on meeting military goals rather than wide-scale humanitarian and political achievements poses future dangers for Afghan civilians, said Dellawar, who last visited her homeland in 2019.

"You owe it to people to leave this conflict on peaceful means," she said. "When leaving without a peace accord and peacekeeping forces, we are leaving a colossal disaster in Afghanistan."

The pullout from Afghanistan originally was to be completed by May 1 under an agreement negotiated in February 2020 by President Donald Trump's administration and the Taliban. The deal called for the Taliban to stop attacking U.S. forces, sever ties with terrorist organizations, including al-Qaida, and begin negotiations with the Afghan government toward a cease-fire and peace accord.

Inter-Afghan talks began in September, but no progress has been reported.

But the observers said the 2020 agreement was hardly one that will secure peace. "It's just a troop withdrawal agreement," said Kathy Kelly, a Christian faith-based peace activist who has visited Afghanistan numerous times during the last two decades to promote peace and reconciliation.

She feared that humanitarian efforts to address hunger, education, health care, job creation and environmental concerns will suffer without a peace accord in place.

"The creation of peace would so importantly rest on alleviating the desperation people have to feed their family, have clean water, get some fuel," Kelly said. Creating jobs that would stabilize incomes should be among the priorities of any peace talks, she added.

The observers acknowledged the work ahead is long and difficult and must expand beyond U.S. interests.

Cortright, who has written extensively about Afghanistan for 20 years, suggested that establishing an interim transitional authority that includes Taliban representation becomes the first step toward a modern Afghanistan. He said he believed neither the fragile government of Afghan President Ashraf Ghani nor the insurgent Taliban can oversee the entire country and its diverse factions alone.

Further, Cortright and others said, a United Nations peacekeeping mission, led by Muslim countries, must be in place to prevent potential violence as long as necessary until a wide-ranging peace accord can be negotiated. 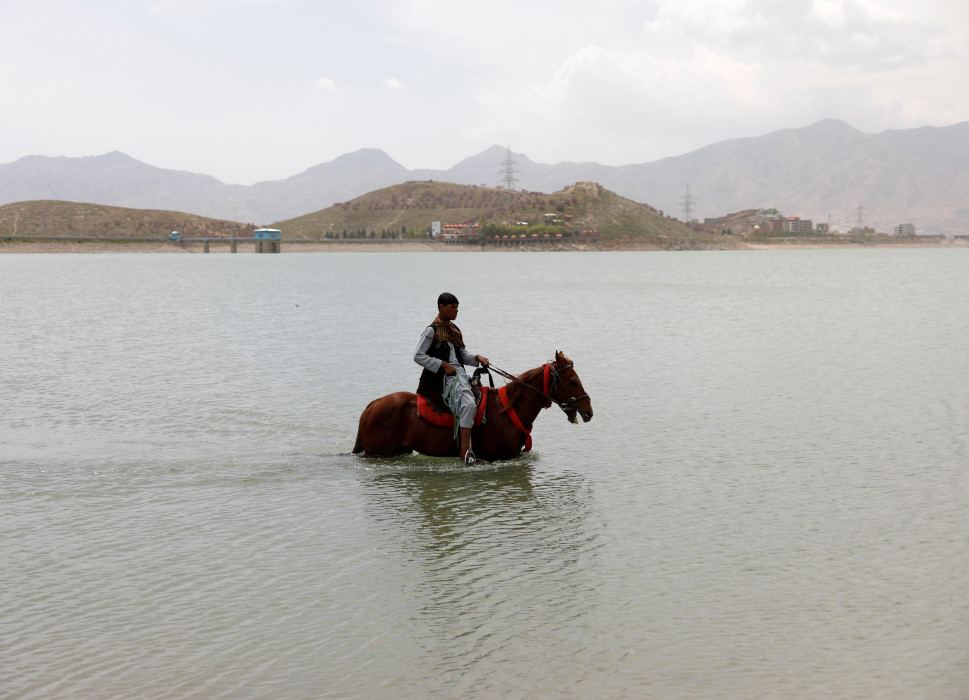 A boy on the outskirts of Kabul, Afghanistan, cools off his horse in Qargha Lake April 20, 2021. (CNS/Reuters/Mohammad Ismail)

Dellawar called for young people and women particularly to "be front and center and meaningfully included" in any peace talks.

For negotiations to be successful, neighboring countries that depend on a political stability in Afghanistan must be involved, including China, Russia, India, Pakistan and Iran, explained Lisa Schirch, senior research fellow at the Tokyo-based Toda Peace Institute, who teaches at George Mason University in Fairfax, Virginia.

Such talks would better be conducted under auspices of the United Nations, she told CNS, because the U.S., as a party to the conflict through its long presence in the country, has "not been able to do the mediation that is needed."

"Afghanistan is at the crossroads of so many powers," Schirch said. "We have always needed a regional solution. Part of the problem that the peace talks [since September] haven't been successful is it goes beyond just the parties in Afghanistan."

A renewal of violence also would endanger the work of nongovernment organizations, such as Catholic Relief Services, in providing humanitarian and development assistance. CRS has operated community-based education programs since 2003. The programs have taught more than 36,000 students, 50% of them girls.

The Catholic Church, in the person of Pope Francis, may also be able to influence the peace process, the observers said.

Citing the trust and respect Pope Francis has gained throughout the Muslim world for his interfaith outreach efforts, they said his encouragement to work for peace would likely be heard.

"I support anything he does in terms of using his voice for peace," Dellawar said.

The pope met in Iraq March 6 with Ayatollah Ali al-Sistani, one of Shiite Islam's most authoritative leaders. While the Taliban preach a hard-line form of Sunni Islam and hold deep disagreements with Shiites, they have reached out to some Shiite communities in an effort to build a coalition in Afghanistan.

The pope's continuing emphasis on integral human development and the importance of protecting human dignity resonates across the Muslim world and may open channels of communication and possibilities of cooperation, Cortright told CNS.

"I can see how there can be some form of dialogue the church could help lead to facilitate the coming together of this broken society," he said.

In Washington, the U.S. Conference of Catholic Bishops' Committee on International Justice and Peace declined comment on the U.S. withdrawal.