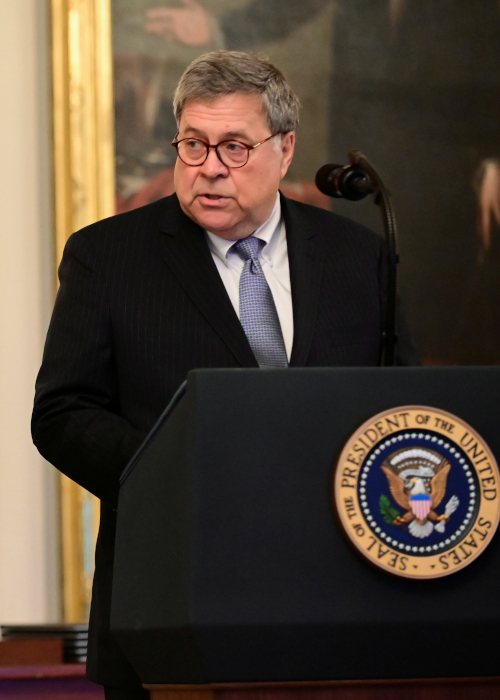 A federal judge Nov. 20 temporarily blocked the executions of four federal death-row inmates scheduled for December and January, saying the lethal injections they were to receive goes against the Federal Death Penalty Act.

When U.S. Attorney General William Barr announced in July that the government was reinstating the federal death penalty after a 16-year hiatus, he said the executions would use a single drug instead of a three-drug protocol used in recent federal executions and used by several states. Several of the inmates have challenged the use of the single lethal injection.

In her ruling, U.S. District Court Judge Tanya Chutkan of the District of Columbia said that since the inmates were likely to win their case, their executions should be blocked until their legal challenge is resolved. The 1994 Federal Death Penalty Act says federal executions should be carried out "in the manner prescribed by the law of the state in which the sentence is imposed."

Shawn Nolan, an attorney for the inmates facing execution, praised the judge's decision, saying it "prevents the government from evading accountability and making an end-run around the courts by attempting to execute prisoners under a protocol that has never been authorized by Congress."

He said in a Nov. 21 statement that the preliminary injunction makes clear "that no execution should go forward while there are still so many unanswered questions about the government's newly announced execution method."

A fifth federal execution scheduled for December was already blocked in October by the 9th Circuit U.S. Court of Appeals.

In her ruling, Chutkan said "requiring the federal government to follow more than just the state's method of execution is consistent with other sections of the statute and with historical practices. For all these reasons, this court finds that the FDPA (Federal Death Penalty Act) does not authorize the creation of a single implementation procedure for federal executions."

She added that there is no statue that gives the Bureau of Prisons or the Department of Justice the "authority to establish a single implementation procedure for all federal executions."

"While the government does have a legitimate interest in the finality of criminal proceedings, the eight years that it waited to establish a new protocol undermines its arguments regarding the urgency and weight of that interest," she wrote.

When Barr announced the end to the moratorium on executing federal inmates this summer, many Catholic leaders spoke out against it, including the U.S. Conference of Catholic Bishops; the Catholic Mobilizing Network, a group that works for an end to the death penalty; the Mercy sisters; and Sister Helen Prejean, a Sister of St. Joseph of Medaille, who is a longtime opponent of capital punishment.

The state's bishops spoke out because federal executions are primarily conducted in Indiana since most of the federal death-row inmates are imprisoned at the U.S. Penitentiary in Terre Haute.