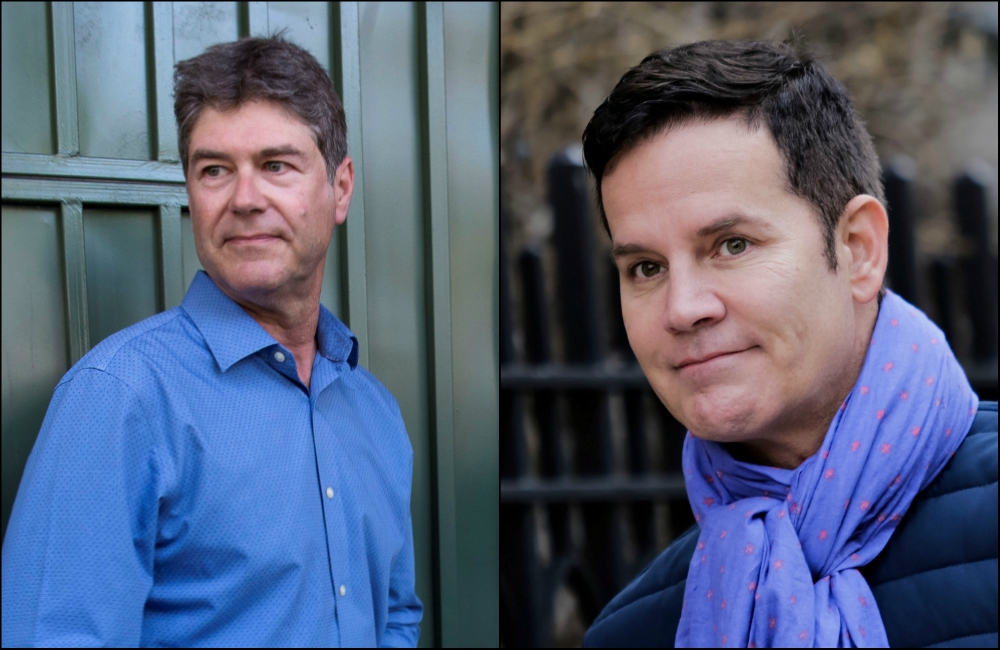 Victims of clerical sexual abuse and others who had called for the removal of Bishop Juan Barros, accused of covering up abuse, expressed appreciation for Pope Francis' letter apologizing for his response to allegations in Chile. But they said concrete steps are necessary to improve the situation.

In the letter, sent to the bishops in Chile and released April 11, Francis apologized to those he offended; said he has made "grave mistakes" in the handling of the case, "especially due to a lack of truthful and balanced information"; and called all of Chile's bishops to come to a meeting in Rome.

"The harm committed by the Chilean hierarchy, to which the pope refers, has affected many people, not just us," James Hamilton, Juan Carlos Cruz and José Andrés Murillo, Barros' three public accusers, said in a joint statement released in Spanish April 11.

"The direction of all of our actions has always pointed to acknowledgement, forgiveness and reparation for what has been suffered," they continued, "and that's what it will continue to be, until zero tolerance toward abuse and cover-up in the church becomes reality."

The three men also confirmed that the Vatican had contacted them to invite them to a meeting with Francis in the coming weeks, and said they were exploring the possibility of attending.

During a trip to Chile in February, the pope on multiple occasions defended Barros, calling accusations against him "calumny." Barros, who became bishop of Osorno in 2015, has been accused by at least three people of witnessing and covering up abuse by his mentor Fr. Fernando Karadima. In 2011, Karadima was removed from ministry and sentenced by the Vatican to a life of prayer and penance for sexual abuse.

Victims have also criticized Cardinals Ricardo Ezzati of Santiago and Francisco Javier Errázuriz, archbishop emeritus of Santiago, for their mishandling of allegations; Errázuriz ignored multiple allegations against Karadima until the accusers went public in 2010.

"It's clear that we haven't done enough," Bishop Santiago Silva, president of the Chilean bishops' conference and head of the military ordinariate, said in comments quoted by El Diario April 11. "It's clear that there are many things to do. Our commitment is that this won't happen again."

Silva also said that, like Francis, the bishops "suffer pain for the abuse of minors and the manipulation of consciences."

In February, Francis sent Archbishop Charles Scicluna of Malta to Chile to investigate the accusations against Barros. The pope's letter to the Chilean bishops comes in response to Scicluna's report of the testimony he collected from 64 people, including Barros' accusers and other victims of clerical sexual abuse.

In an April 11 statement, Laicos de Osorno, a group of laypeople from Barros' diocese who have vocally opposed him, thanked Scicluna and Spanish Fr. Jordi Bertomeu, who briefly took charge of the investigation while Scicluna was sidelined with gallbladder issues, for "the attitude of true listening and fruitful dialogue that they held with everyone."

"We appreciate the change in views that the pope is displaying in his letter," the group said. "We appreciate his apology, and we accept it. We trust that this repentance will be expressed in concrete actions."

The group said that Barros' removal is "necessary, but not sufficient" and called attention to "the campaign of misinformation that the Apostolic Nuncio, various bishops and not a few laypeople close to them have systemically carried out." The statement said those people should face consequences and it questioned why the pope trusted them when he also had truthful sources.

Isaac Givovich, who has accused Marist brothers in Chile of abusing him, called Francis' letter a "light of hope," reported news site BioBioChile.

"Personally, when in one part he talks about the crucifixion of childhood, of how they took our childhood from us, it moves me a lot, because it's exactly our story, the one we gave to Scicluna," he said. "Logically, we're waiting for more action, to see changes, but it's a light of hope."

However, Givovich also pointed out that there were no "real announcements" in the letter from Francis.

"The church needs action today," he said. "Today children are being abused, today there are people with their lives destroyed by agents of the church."