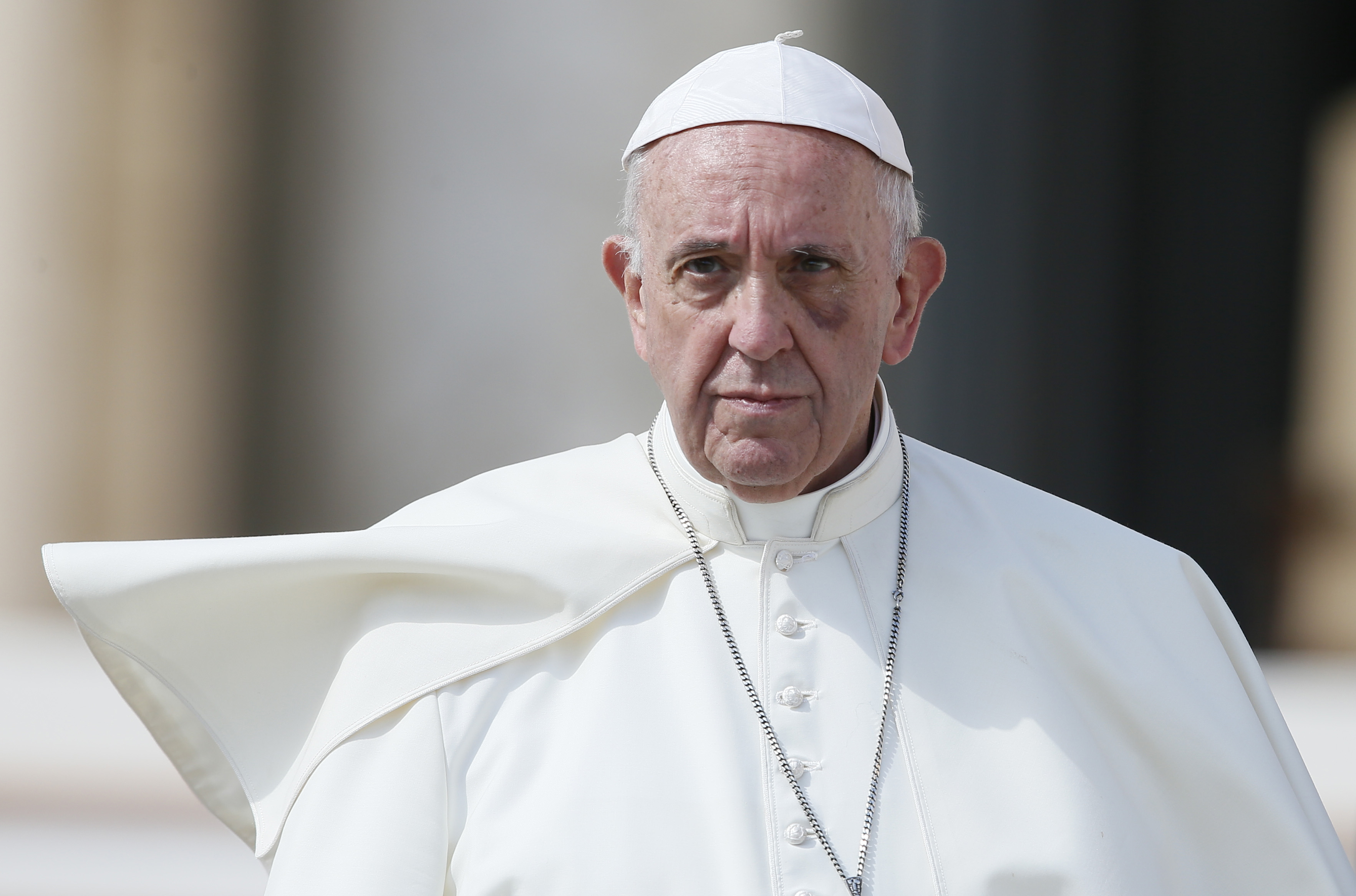 Pope Francis said he is worried that even Catholics are arguing against accepting more migrants and refugees into their communities, and they often cite an ill-defined "'moral obligation' to preserve the original cultural and religious identity" of their nations.

The "temptation of exclusivism and cultural fortification" has arisen among Catholics at times in the past, "but the Holy Spirit always helped us to overcome it, guaranteeing a constant opening to the other," the pope said Sept. 22 during a meeting with the directors of migrant and refugee services from the bishops' conferences of Europe.

"I will not hide my concern about the signs of intolerance, discrimination and xenophobia that are seen in different regions of Europe," the pope said. "These often are motivated by distrust and fear of the other, the different, the stranger."

"But I'm even more worried by the sad observation that these reactions are not absent from our Catholic communities," he said.

Catholics harboring anti-immigrant sentiments need to realize that "the church spread to every continent thanks to the 'migration' of missionaries who were convinced of the universality of the message of salvation in Jesus Christ, which is destined for men and women of every culture."

"The Spirit, I am certain, will help us today to preserve an attitude of trusting openness, which will allow us to overcome every barrier and scale every wall," Pope Francis said.

Once the basic Gospel attitude of welcoming the stranger is affirmed, he said, church leaders need to look at the factors contributing to such a great sense of unease about handling the current migration crisis.

The ongoing impact of the economic crisis has been "aggravated by the size and composition" of the waves of migrants trying to reach Europe, he said. The receiving countries have been unprepared to accept the migrants, frequently from the Middle East and Africa, and both national and European Union policies on migration seem to be "inadequate."

For its part, the pope said, the Catholic Church must "show concretely" its love and concern for all people on the move at every stage of their journey.

The Catholic community in many countries has been enriched and blessed by Catholics arriving from other countries, contributing in a real way to the local experience of the universal church, he said. And, with the arrival of migrants and refugees belonging to other religions or no religion at all, Catholics have an opportunity "to witness concretely to the Christian faith through charity and with profound respect for other religious expressions."

"The encounter with migrants and refugees of other confessions and religions," he said, "is fertile ground for the development of a sincere and enriching ecumenical and interreligious dialogue."