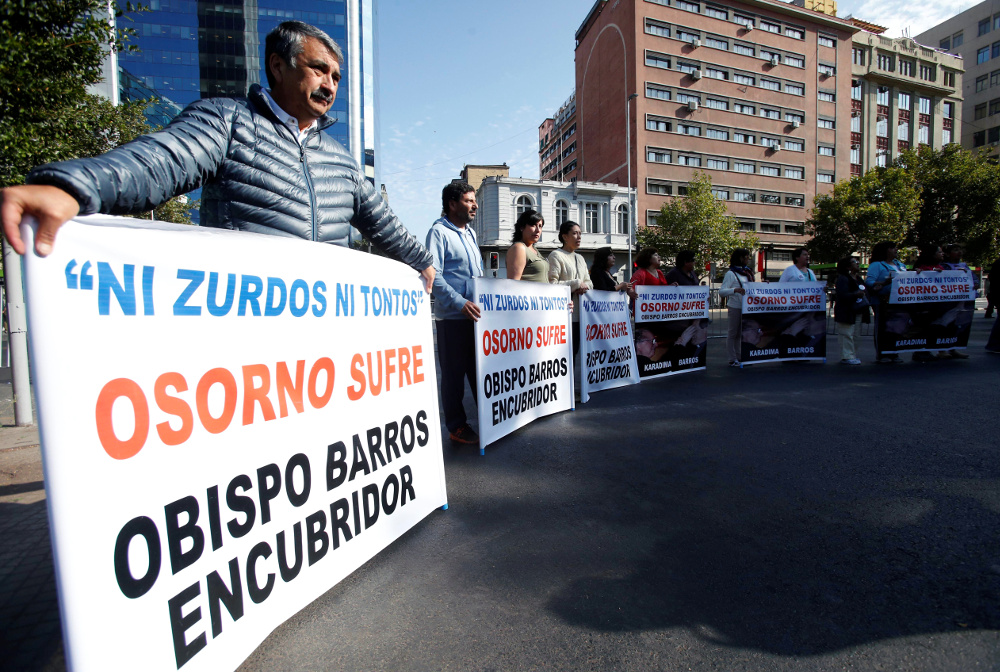 Pope Francis defended his 2015 appointment of a Chilean bishop accused of covering-up sexual abuse perpetrated by a fellow priest in the 1980s and '90s, calling the charges against the prelate "calumny."

Questioned Jan. 18 by reporters at the beginning of an open-air Mass in Iquique about Osorno, Chile, Bishop Juan Barros Madrid, accused of not reporting Fr. Fernando Karadima, the pope said: "The day they bring me proof against Bishop Barros, I will speak."

"There is not one piece of evidence against him," Francis insisted. "It is calumny. Is that clear?"

At least one of Karadima's victims has said Barros witnessed Karadima's actions. Juan Carlos Cruz has said the future bishop watched as Karadima abused him, which Barros has denied.

Another Karadima victim told NCR Francis' words Jan. 18 appear to go in the "opposite direction" of a meeting the pope held with Chilean clergy abuse victims Jan. 16. José Andrés Murillo said he wanted to ask Francis why he has met with Barros and not the survivors who accuse him of covering up. 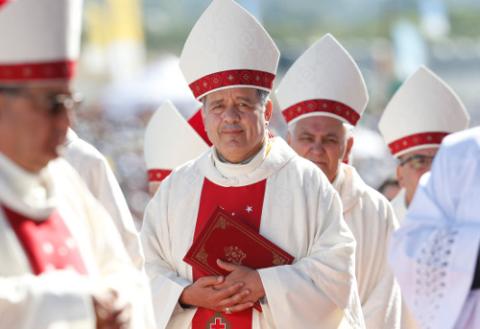 "I would just wonder why the pope is receiving Barros and he's not receiving us to receive our testimony, our experience," said Murillo, executive director of the Chilean foundation Para la Confianza, which helps survivors of sexual abuse.

"If he's defending Barros publicly he should receive us privately to know our experience and what we have to say," Murillo continued. "Maybe he would like to hear something."

"He has just turned back the clock to the darkest days of this crisis," they said in a statement. "Who knows how many victims now will decide to stay hidden, for fear they will not be believed?"

Francis has been visiting Chile Jan. 15-18 before continuing on to northern neighbor Peru through Jan. 22.

Barros served as the head of Chile's military diocese until Francis moved him to Osorno in 2015. The Vatican sentenced Karadima to a life of prayer and penance in 2011, although the priest has denied the numerous allegations against him.

New revelations about Francis' awareness of claims that Barros protected Karadima came Jan. 12, with the leak of a previously unknown letter the pope had written to the Chilean bishops' conference in 2015, acknowledging that the bishop was controversial.

Francis has previously defended his appointment of Barros. Captured on video speaking to a Chilean in the crowd at a May 2015 general audience at the Vatican, the pope said people were judging Barros "without any evidence" and even said the allegations against the bishop were being orchestrated by "lefties."

The pope has faced protest about Barros on each of his days in Chile. Protestors at a Jan. 17 Mass referenced the pope's 2015 defense of the prelate, holding a sign that read: "Not lefties, nor fools, Osorno suffers. Bishop Barros covered up."

*This report was updated at 12:10 p.m. CST with more statements in response to Francis' remarks.