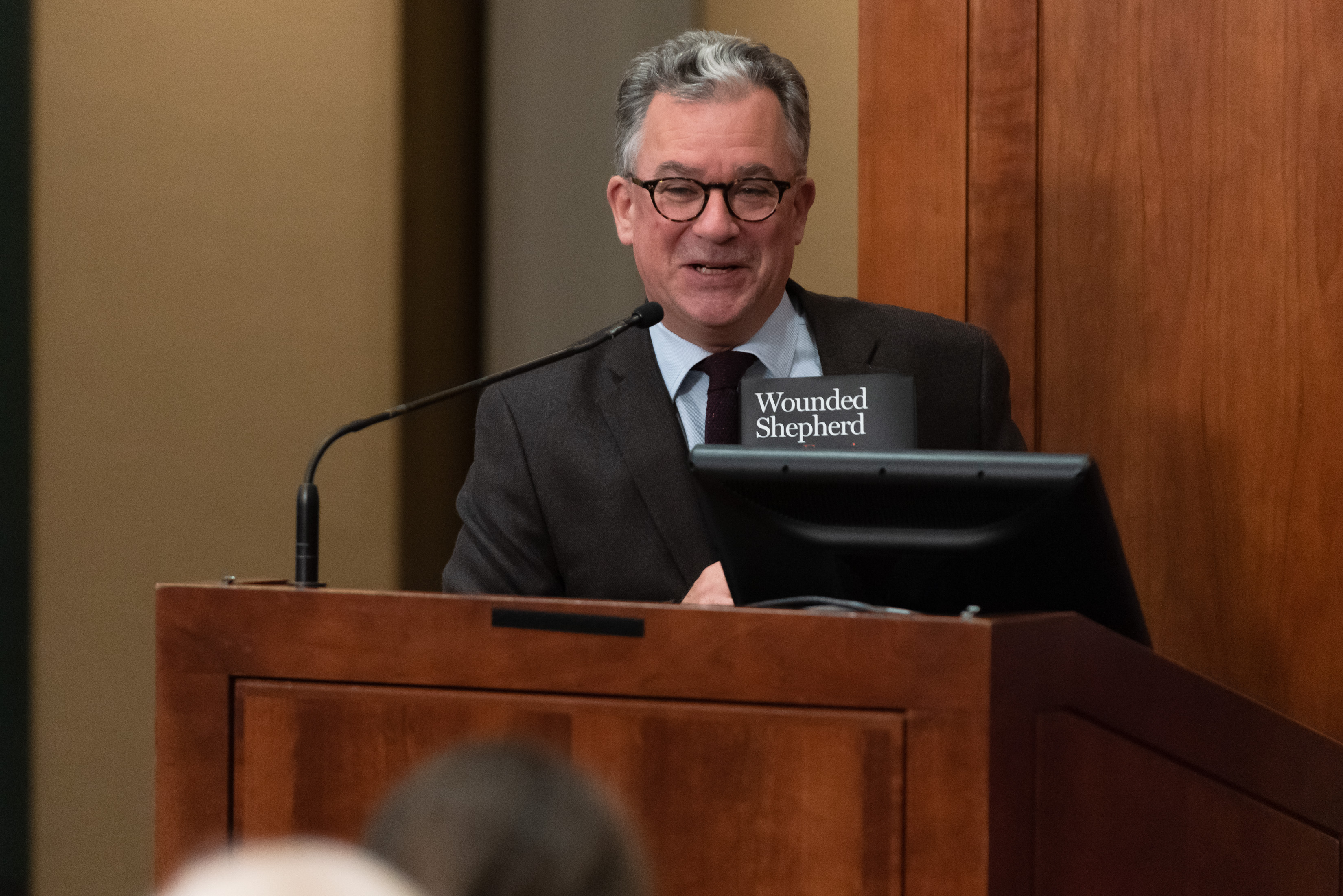 The resistance to Pope Francis is largely made in the USA, a product of an alliance between religious culture warriors and right-wing Republican politicians, Austen Ivereigh*, best-selling papal biographer, said during a talk sponsored by Fordham University's Center on Religion and Culture here Nov. 4.

"Catholics are with the pope. That used to be the traditional understanding," Ivereigh said. But that understanding has been challenged. He noted there is "a struggle going on. This pontificate is a place of spiritual combat."

Ivereigh, a former editor at The Tablet, said that Francis remains popular with Catholics in the pew, but that a well-funded opposition largely comprising ecclesial elites is fighting his agenda. The resistance would prefer a church focused on the issues of abortion and same-sex marriage; Francis has upended those priorities, emphasizing instead concerns such as the environment and welcoming migrants.

The British author's newest work on Francis is titled Wounded Shepherd: Pope Francis and His Struggle to Convert the Catholic Church. He said the title reflects the pope's agenda, to move the church from a reliance on abstract principles and dogmas to a lived experience of conversion.

The resistance to Francis, said Ivereigh, borrowing an image from Don Quixote, is a sign of the progress the pope is making, because as he moves along, much like the fictional knight on horseback, the dogs are barking.

Francis invites criticism, said Ivereigh, but the resistance to his papacy goes beyond modulated dissent into questioning his very papacy, offering an alternative magisterium to his teachings.

"They don't see it that way," he said of the pope's critics, who include American Cardinal Raymond Burke and German Cardinal Gerhard Ludwig Müller, both of whom he specifically named.

Francis' critics are akin to the Pharisees of the Gospel, said Ivereigh, as they fight his call to conversion of the church. The dynamics played themselves out during the October Synod of the Amazon, which included a virulent opposition from some American and European Catholics, as well as the stealing of Amazonian figurines depicting a pregnant woman that were dumped into the Tiber.

The Synod, marked by its input from Catholics in the Amazon region who called for allowing for married clergy and women serving as deacons, offered "the hermeneutic of the Shepherd versus the hermeneutic of the colonialist," he said. The inclusion of indigenous symbols and costumes, seen by some critics as pagan, rankled those in the Francis resistance.

Francis, a Jesuit, likened efforts to inculturate the Gospel among the indigenous in the Amazon to the failed efforts of the 16th century Jesuit Matteo Ricci, who tried to forge a Christianity in China that built upon the culture there, only to be later rejected by the church.

The treatment of Ricci was a mistake, said the pope, something that he didn't want repeated in the Amazon Synod deliberations.

The resistance to the Amazon Synod focused not on the possibility of married clergy or women deacons, but on its intense consultation with what some Europeans and North Americans considered pagan cultures with little to offer the wider church.

Two years of consultation with Amazon Catholics, said Ivereigh, indicated that Catholics in the region sought "a church to be close to us, 24/7, not just passing through."

But the resistance to Francis would have none of it, he said. "The people of God spoke and they were told they are heretics."

Francis has generated resistance since the beginning of his papacy, said Ivereigh, particularly via symbolic actions that rankled his critics. It began with his washing the feet of a young Muslim woman in a Holy Thursday ritual; his outreach to Muslims, and his openness to the LGBT community, including his recent meeting with Jesuit Fr. James Martin, a frequent target of those opposed to including LGBT people in the church.

Francis' critics, he said, doubt the mercy of the Incarnation, and would prefer to focus on rules and regulations. 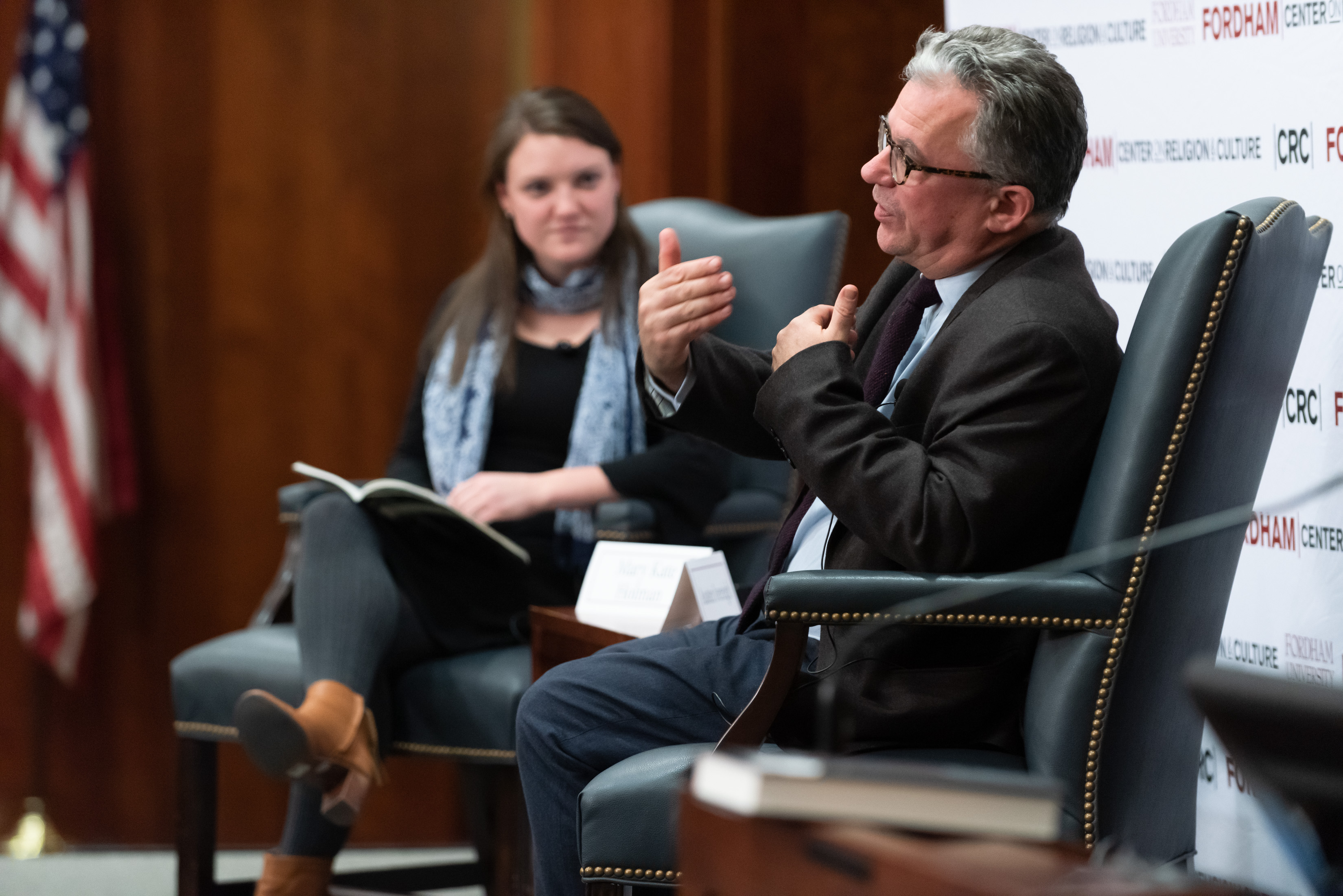 The roots of Francis' approach to the papacy lies in the role that he played as a leader in the Latin American church, the region of the world, said Ivereigh, where Vatican II has been taken most seriously.

Then-Cardinal Jorge Bergoglio of Buenos Aires was a leader in the Aparecida meeting of Latin American bishops in 2007. One message from that meeting, said Ivereigh, was that "the church has to change in order to evangelize modernity."

Quoting Pope Benedict XVI, Francis regularly notes that the Christian experience is with the person of Jesus, not a series of philosophical teachings. "It's an experience, not an idea," said Ivereigh, noting that the pope's critics are prone to what he described as "an isolated conscience" marked by "a spirit of self-sufficiency, an attraction to power."

Ivereigh described himself as an admirer of Francis, but some say he's gone too far and that his biographies of Francis lean toward hagiography, rather than objective history.**

"I've gone where the story has taken me," he said about covering this eventful papacy and the spiritual combat it has generated over the past half dozen years. "My role is to explain how he thinks, and what he's doing."

*The spelling of Austen Ivereigh's name has been corrected from an earlier version.

**This text has been updated to correct information about one of Ivereigh's previous books.