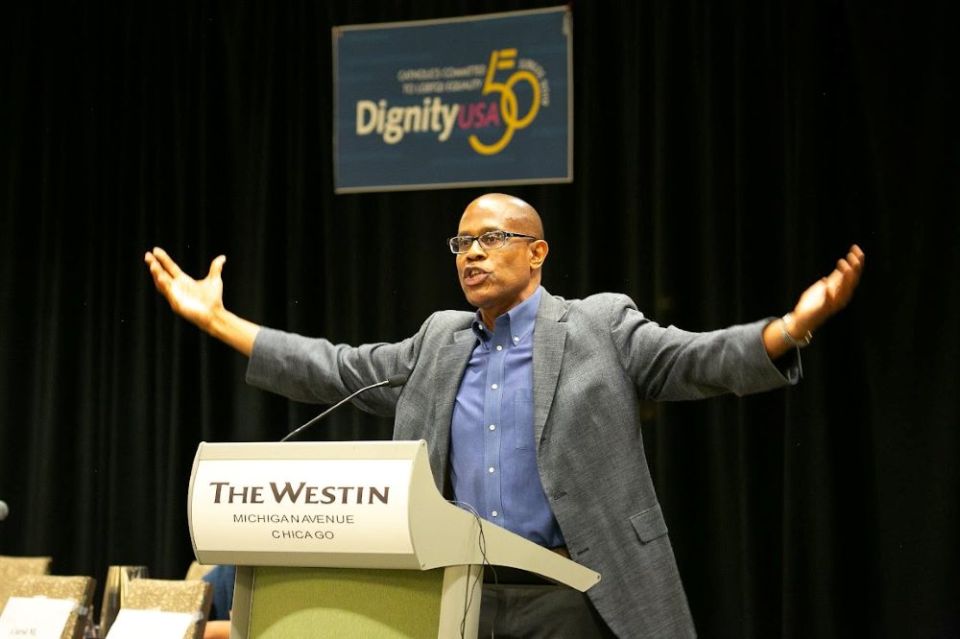 Theologian Fr. Bryan Massingale addresses the 2019 DignityUSA conference in Chicago. The group, which is holding its first in-person conference since 2019, has made some programming changes to make the event safer for participants. (Courtesy of DignityUSA/Deb Winarski)

DignityUSA, an advocacy organization for LGBTQ+ Catholics, is gearing up for its first in-person national conference since 2019.

The group, which has been active since 1969, will host its 25th national conference — "Proclaiming Our Vision: Church Transfigured" — in San Diego July 8-10. The conference will feature several leading Catholic voices including keynote speaker Victor Carmona, a theologian at the University of San Diego. He will speak on the shared experiences of LGBTQ+ and immigrant Catholics. Other guests include former U.S. Ambassador to the Holy See Miguel Diaz and Grammy-nominated singer Gina Chavez, among others.

The conference was originally scheduled for 2021 but was delayed due to the ongoing COVID-19 pandemic. Executive Director Marianne Duddy-Burke explained the organization's decision to return to an in-person format for this gathering.

"In 2021, we actually did a virtual gathering ... and it was rich," Duddy-Burke said. "It was wonderful, but there still wasn't the magic that happens when people are together."

The conference theme's meaning adapted as time went on, though it was chosen years ago.

"At that point, it was really about us," she said. "Reflecting on the ways DignityUSA interacted with the larger church, and some of the ways in which we believe that that we have a responsibility to proclaim our vision of the church as a more inclusive, welcoming and just organization for LGBTQI people, for women and for people of color broadly. Then, of course, COVID happened." 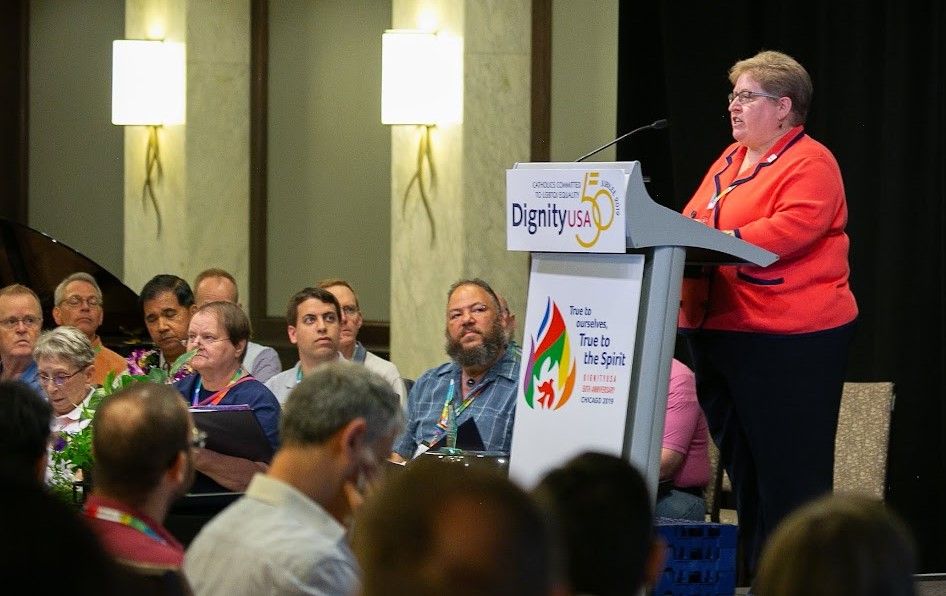 Among many conference programs she is looking forward to, Duddy-Burke named Carmona's keynote address.

"As soon as we started talking, it was clear that he had a really important message for us to think about in terms of how folks on the borders literally call us to think differently, and how listening to those voices is an inherently transformational experience," she said.

Carmona previewed his speech in an email exchange.

"Borders lay bare humanity's wounds, including wounds that connect the LGBTQ+ and immigrant communities," he wrote. "In their efforts to heal those wounds, the actions of many in our border communities offer glimpses of Jesus' compassionate God and the pursuit of justice such love inspires. Their actions remind us that God's compassionate love lies at the heart of Jesus' transfiguration and the subversive hope in God's reign that it inspired in him. They also point to the challenges that lie ahead."

Duddy-Burke has served as executive director for DignityUSA for almost 15 years and has been involved with the organization for 40. Despite her decades of experience, planning a large gathering in the midst of a pandemic proved challenging.

Organizers have undertaken several mitigation efforts to allow attendees to gather safely. They include vaccination requirements, outdoor meal spaces and potential masking guidelines as determined by public health officials. Precautions included cutting one of her favorite parts of the conference.

6.28.22 Commissioning of the Board DignityUSA conference 2019.jpg 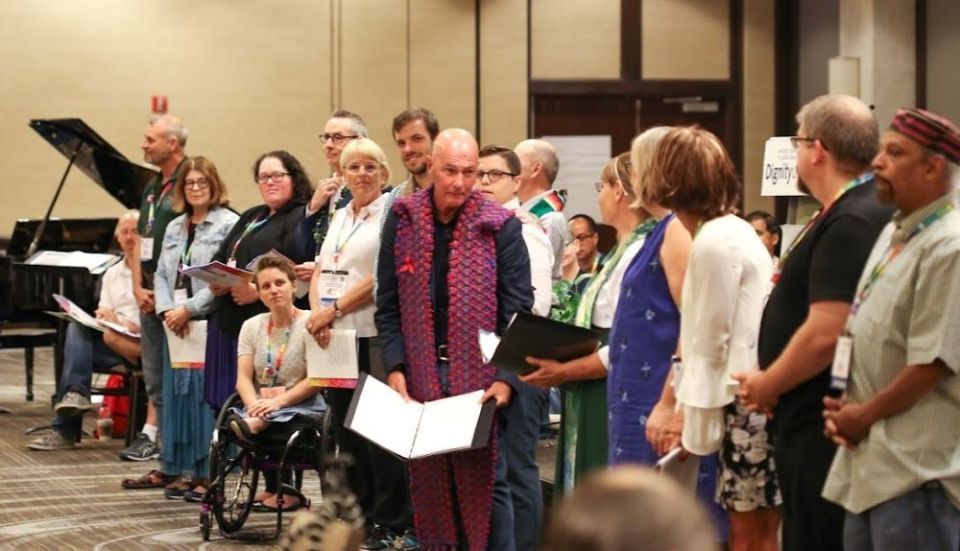 Participants of the 2019 DignityUSA conference in Chicago commission the group's board of directors. (Courtesy of DignityUSA/Deb Winarski)

"We've changed up our liturgy," she said. "We won't have our usual national choir, which is a little heartbreaking, because that's always an amazing part of our liturgy. But, you know, we're pre-recording the music."

The precautions are worth it, Duddy-Burke said, because they will help protect the vulnerable.

"Because of our population, we are really careful about COVID," she said. "There's a lot of HIV and immunosuppressive considerations we have to be aware of. We have folks with us who have been Dignity members since the '70s. They are older folks in our population that we have to be aware of. We also have a higher than normal preponderance of members who are caregivers, either in their personal or professional life."

Organizers also are concerned about difficulties associated with travel for at-risk and international attendees.

"We are in the process of trying to figure out what and how we'll stream any of the conference," she said. "Hopefully we'll be able to have some participation from folks who can't be there physically. But that's still being worked through."

Duddy-Burke said she hopes the conference will inspire DignityUSA and the broader church to consider how each can bear witness to the experiences of those on the margins.

"For Dignity as an organization, I am really hoping that it will give people confidence to face the changes that we need to make as an organization to thrive in the new reality of the world and the church," she said.

"For our church, it's the same issue. [We need] to realize that what has happened in the past may have served those times, but it's not going to deliver on the Gospel for the years ahead in the same way. [Additionally, we need] to invite more folks in the church into this work of transforming our structures and our practices to meet the needs of people in the world today, tomorrow and the years to come."

A version of this story appeared in the July 8-21, 2022 print issue under the headline: Dignity USA prepares to host 25th national conference .

Debrah Miszak is a freelance writer in Detroit.

May love's power lead us all