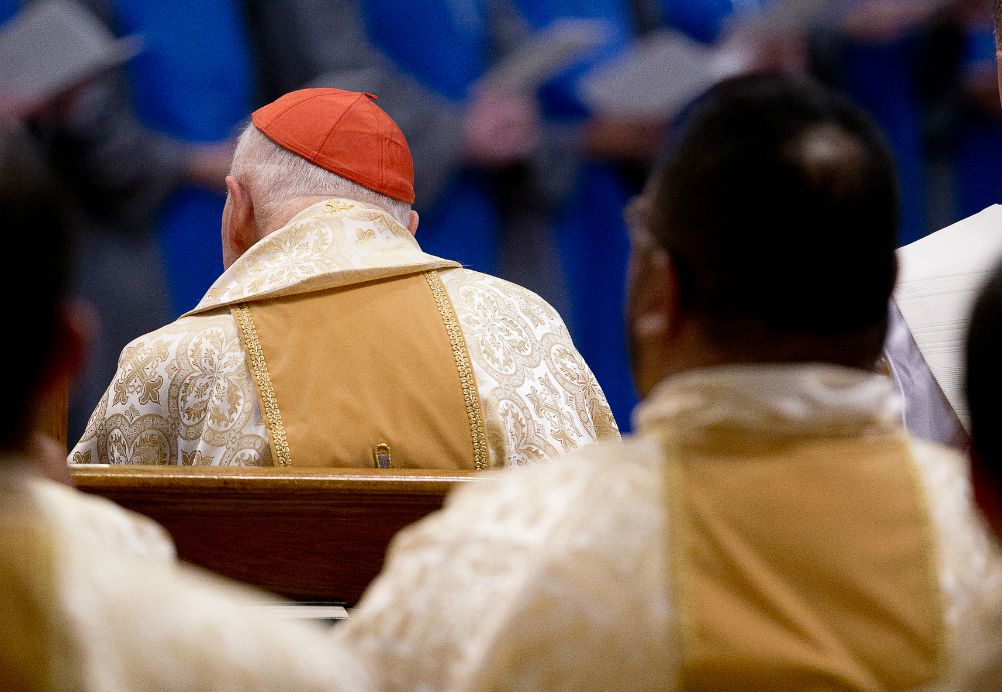 The Academy Award-winning movie "Spotlight" offered a summary of the first part of what I predict will be a Catholic trifecta of disgrace. "Spotlight" showed priests abusing minors and clerical higher-ups covering for them, making for a grim, ongoing tale of betrayal and corruption.

The second aspect came into sharp focus in Laurie Goodstein and Sharon Otterman's recent Pulitzer-worthy article, "He Preyed on Men Who Wanted to Be Priests. Then He Became a Cardinal" in which they spell out the dastardly deeds of Cardinal Theodore McCarrick. The authors made clear that McCarrick's sexual exploits were many, widely known, and just as widely ignored on his way to a red hat.

The third leg of this trifecta remains unexplored, but I predict/believe it will soon explode onto the scene: some priests' use and abuse of women.

The first, we can call it the "Spotlight" phase, is now well documented. It cost several billion dollars, ruined many young lives, took other lives, and left a trail of destruction through generations of believers. The second moment, just opening in the public forum, is the chronicle of how priests preyed on (not prayed for) one another in a hierarchal system with few checks and balances against such abuse. Apparently getting ordained and promoted was not just a matter "who you know," as it were …

The New York Times reporters detail the apparently well-known M.O. of McCarrick as a serial creep. He chose his bedmates out of groups of available seminarians, invited others to share his New York pied-à-terre in a hospital (now there's a unique place for a tryst), and used a fishing cabin for similar purposes.

Public vows of celibacy make the disingenuousness of the whole hot mess worse. But the McCarrick situation showcases a system that fosters unsafe and unfair work places in which hiring and promotion are related to sexual favors. This will come as no surprise to those in the clergy and others who are in the know. When I went to seminary decades ago, sex among some of the men, both students and faculty, was a clandestine but real part of the culture. I am not sure we were sophisticated enough to understand it in terms of a workplace issue, but we knew something was dreadfully wrong.

The writers underscore the problem: "Many dioceses in the United States have their own policies on workplace sexual harassment. But there is no global policy in the Catholic Church on sexual harassment of adults, and no standard procedure for reporting sexual wrongdoing by one's bishop locally, experts say."

Imagine you are a young man who wants to become a priest. A powerful cleric involved in decisions about your future, that is, ordination and placement in a parish, perhaps further study or specialized training, pays attention to you, albeit for his own gratification. You begin to figure out how a homosocial system works. When it comes to power, a way up the only ladder there is to climb, sex can easily become part of the equation. Of course not everyone participates, but the pressure to do so quietly, and/or to observe others doing so without comment is more than a lot of men can resist. The now open airing of this reality represents what I predict will be an ethical earthquake. Catholics can look at their "successful" priests and appreciate just how some of them succeeded.

Adult women who have been sexually involved with priests represent the third element of this complicated problem. Until and unless their stories are told and the implications parsed, I doubt that the abuse of young people and of employees will be solved.

Here's why: The abuse of minors and the utilization of underlings are variants on the systematic abuse of women rooted in an ideology of female subordination to male power. To have that top-down schema recapitulated with young and vulnerable men is totally consistent with the patriarchal logic on which it is based.