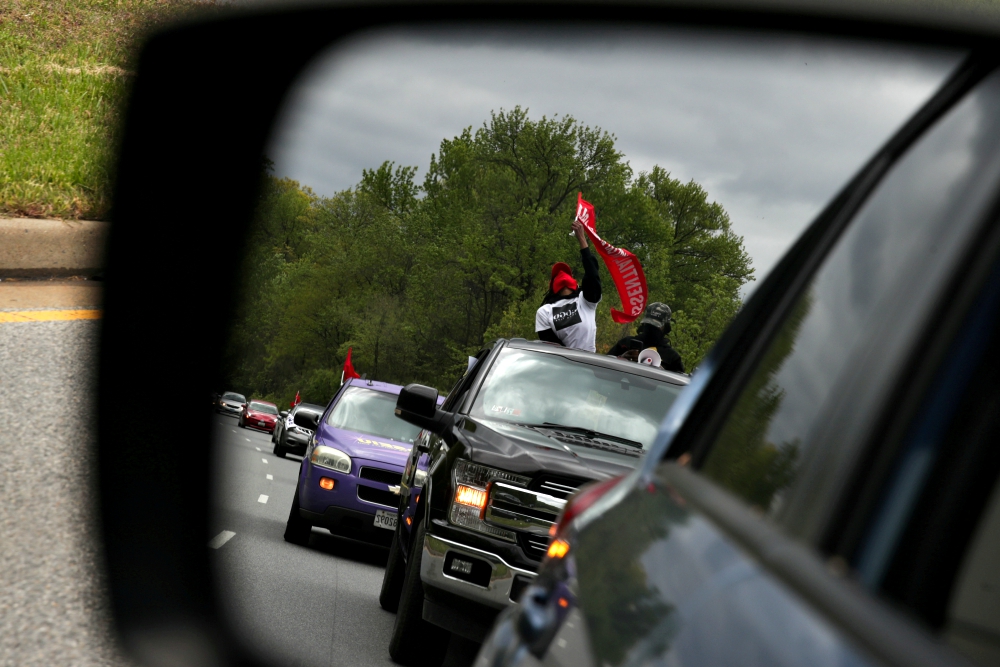 This week, the United States Conference of Catholic Bishops released two statements on the COVID-19 pandemic.

The first, a short comment released Monday, called on "state and national leaders to examine the generational and systemic structural conditions that make the new coronavirus especially deadly to African American communities."

In the second, released a day later, the bishops condemned the "incidents of racism and xenophobia" that have occurred against Asian Americans and other communities of color during the COVID-19 pandemic, pointing to the bishops' 2018 pastoral letter on racism. "As Catholic bishops, we find these actions absolutely unacceptable. We call on Catholics, fellow Christians and all people of good will to help stop all racially motivated discriminatory actions and attitudes, for they are attacks against human life and dignity and are contrary to Gospel values. As we wrote in our pastoral letter 'Open Wide Our Hearts,' racism is 'a failure to acknowledge another person as a brother or sister, created in the image of God.' "

The statements were published following a week of media appearances by Cardinal Timothy Dolan, beginning with a call on April 25 with President Donald Trump and Catholic educators and leaders, followed by an appearance on "Fox & Friends" the following Monday. During his appearance on Fox, Dolan described the president as being attuned "to the feelings of the religious community."

Last Friday, Dolan made a Facebook Live appearance with America magazine editor Jesuit Fr. Matt Malone, during which Dolan stated, when asked about the pandemic in New York, "It's rare that I hear [people] crushed or oppressed."

And just this week on his radio show, the cardinal once again defended his meeting with Trump, claiming that the president supports many of the pro-life issues he cherishes and he will not pass up the opportunity to thank him publicly.

But if our church fathers are going to praise Trump for his commitment to the pro-life cause, then it bears asking: When leaders like Dolan say that all human life is sacred, are they referring only to white lives?

In New York alone, where Dolan serves as the archbishop, we are seeing the highest number of COVID-19 related deaths in the United States; Latinos and blacks are dying at double the rate of white New Yorkers; hospitals are underfunded; already suffering lower-income communities are being further ravaged; and our police department has started to use the pandemic as a way to continue to harass our black communities.

I see suffering daily. My father was denied COVID-19 testing repeatedly, despite showing symptoms. My future mother-in-law, a registered nurse, and sister-in-law, a doctor, are traumatized by the countless deaths they see every single day. And almost every single friend of my fiancé's and mine has lost a loved one or knows someone that has.

Whether His Eminence sees it or not, we are suffering.

Catholic social teaching instructs us to care for every human life. It demands that we prioritize social justice and make our world a better place for all. This is what Jesus calls us to do in the Gospels and it is also what Pope Francis continuously calls us to do. In a homily on April 19, Francis said, "The time has come to eliminate inequalities, to heal the injustice that is undermining the health of the entire human family."

He added, "This is not some ideology: it is Christianity."

By meeting with Trump, I believe that the cardinal — a prominent leader respected by countless Catholics — failed the faithful, both in New York and across the country.

His Eminence could have used this opportunity to demonstrate that the church truly cares about black and brown bodies in America by challenging the hateful rhetoric the president seems to have normalized. From Trump's 2016 campaign remarks that hurled xenophobic vitriol at Mexicans; to describing four Democratic Congresswomen of color as hailing from "totally broken and crime infested places"; to the appointment of U.S. Secretary of Education Betsy DeVos, who has rolled back Obama-era policies meant to protect transgender students; to the caging of brown mothers, babies and fathers at the border, Trump's bigotry cannot be ignored.

Many have insisted that Dolan was right to use the limited time he had with the president to address Catholic school funding, which Dolan says is only guaranteed through the rest of the current academic year.

I know firsthand how important Catholic education is. From the moment I arrived in the United States, I have benefited from and been shaped by it, from the Sisters of Mercy to the Jesuits. However, I am also an Afro-Latinx Catholic who demands that my church care about the lives of my people, people whom the president, a self-professed pro-life Christian, has repeatedly demonized.

At a time when so many young Catholics of color are frustrated with the institutional church, what example do our leaders set for the flock when they seem to align themselves publicly with the president? Or when the official body of church leaders releases statements addressing current racial inequalities without any kind of action plan? 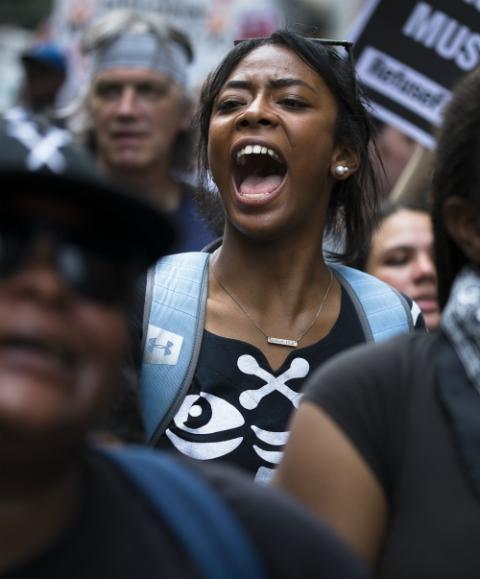 While many believe that it is important that bishops opine, as a collective body, on the state of our current health crisis — particularly when individual church leaders are publicly appearing partisan — I believe that the time for such written pleasantries are over. These statements, including the pastoral letter the bishops referenced in their second document, do little to move our church toward a more racially just institution, as I reported last year.

I believe in my faith and the countless Catholics who have shaped me, and that is why I believe my leaders must be courageous. In a time of digital Masses and social distancing, at a time when our health care's racial disparities are so egregious, at a time when black citizens, even amid a pandemic, still fear harassment and violence against their lives, fawning over Trump and publishing inadequate statements are antithetical to Jesus' radical call to love and fight for the marginalized.

I believe that the church must explicitly declare: Black Lives Matter. This would allow the church and its leaders to work with a group that has the experience and policies already in place for working toward racial justice — especially with a younger generation of activists who have worked to fight for issues many in the Catholic Church fight for, including immigration reform.

This alignment would not mean that the church would become a pro-abortion institution or change its teaching on marriage, as many critics believe would happen if there were any kind of relationship between the Catholic Church and the Black Lives Matter movement. If a church leader can sit down with and praise a president seen by many people of color as racist in the name of the "sacred enterprise of accompaniment," then our bishops should be open to engaging with members of the Black Lives Matter movement, which many marginalized groups within our church see as Christ-like.

If they are calling on "state and national leaders to examine the generational and systemic structural conditions" that have harmed black Americans, as they say in their May 4 statement, then I implore our church leaders to begin with a self-examination.

[Olga Segura is a freelance writer and currently working on a book on the Black Lives Matter movement and the Catholic Church.]