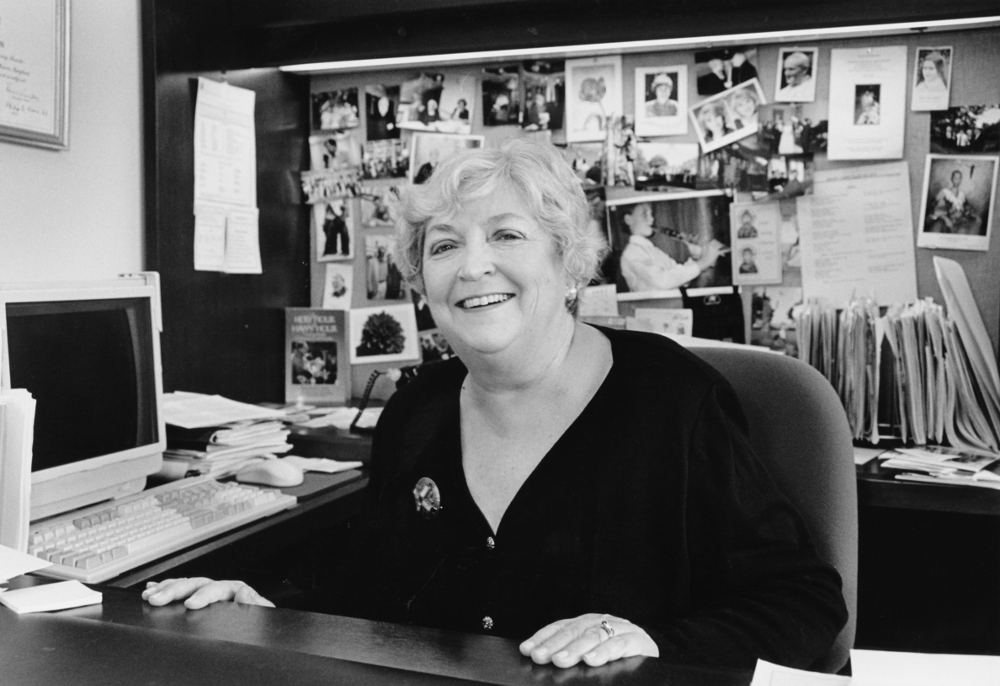 The Second Vatican Council presented alternative roles for believers, those who make up more than 99 percent of all Catholics. In it, the "docile flock" was redefined as the people of God. Lumen Gentium stated unequivocally that the faithful shared in the "priestly, prophetic and kingly functions of Christ" and as such had a mission both in the world and the church.

Yet between the promulgation of these words and the reality there was a huge chasm that would be bridged over the next several decades. There were two issues of importance: how to persuade those with ecclesial authority to respond positively to lay empowerment, and how to educate laity about its mission.

Standing in this gap between aspiration and reality was Dolores Conklin Leckey.

Born the youngest of five into a devout Irish Catholic family in Queens, New York, Leckey learned early on to trust the church. She attended parochial schools and went off to St. John's University in New York to study literature and theology.

By age 21, both her parents had died and she learned to live independently. She began teaching high school and attended New York University at night, and in 1957 married Tom Leckey, with whom she moved to South Bend, Indiana, where he pursued doctoral work.

When they relocated to Arlington, Virginia, in 1958, she became ill with rheumatic fever and in her confinement read the mystics, who spurred in her a desire to learn how to pray.

In a period of five years, she gave birth to four children, subsequently going on to work at a variety of jobs, including as a producer for public television and teaching at the De Sales School of Theology. During this same time, she earned a master's degree in adult education at George Washington University and helped found the ecumenical Shalem Institute for Spiritual Formation. As residents of Arlington, she and her husband worked to help create affordable housing there.

It was not until the mid-1970s that the U.S. Conference of Catholic Bishops responded to the need to encourage an enlivened laity. A new secretariat was created, and Leckey, who did not even know where the bishops' headquarters was, was hired in October 1977 as the founding director of the Secretariat for the Laity. 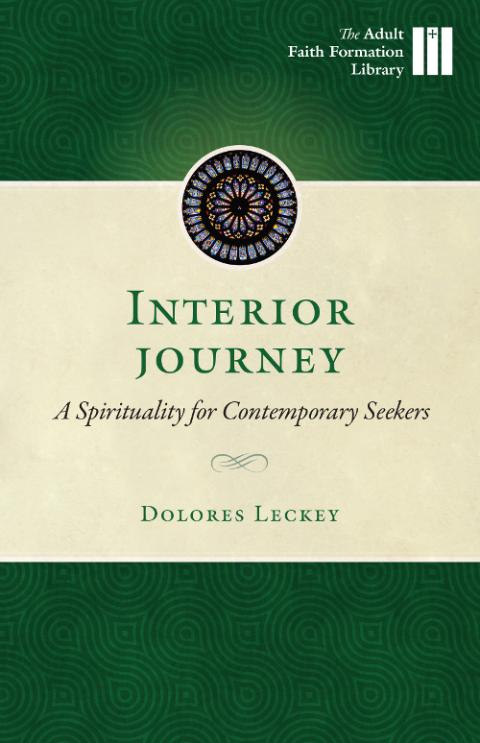 The territory was uncharted and she was the lone woman to lead a secretariat. She worked at the U.S. bishops' office for 20 years, creating a unique and pioneering legacy.

This was followed by an appointment as senior fellow at the Woodstock Theological Center at Georgetown University, where for 14 years she continued to encourage lay participation in the church and the world.

Support for laity was a new idea with no precedent, hence Leckey believed that while some bishops were sympathetic, others were perplexed as to how to move forward. As she came to know these men personally, she gained their trust. A born connector of people, she worked to garner episcopal support and simultaneously to encourage lay efforts for spiritual deepening.

In 1980, under the leadership of Bishop Albert Ottenweller, a pastoral document, "Called and Gifted: The American Catholic Laity," was issued, urging the laity to lives of holiness, community and ministry. In some quarters, this last imperative to lay ministry caused consternation. Ordained clerics were ministers, how could those who were merely baptized claim that authority?

Gradually, there was greater openness to the need for lay ministers, particularly with the decline of ordained clergy. Leckey continued to advocate for laity, serving as an official adviser to the American bishops at both the 1980 Synod of Bishops on marriage and the family and the Synod of Bishops on the laity in 1987.

For more than 35 years, Leckey lectured and wrote on lay spirituality, mining the treasures of the Catholic tradition and revitalizing them for the contemporary world. She crafted her work to be accessible and drew on her own sources of encouragement — Scripture, literature, poetry, theology and personal experience. She was particularly indebted to women saints and mystics — Teresa of Avila, Thérèse of Lisieux, Catherine of Siena, Angela of Foligno, Catherine of Genoa, Evelyn Underhill and Dorothy Day.

"The one duty of the multitude [the laity] is to allow themselves to be led and, like a docile flock, to follow the Pastors."

Leckey's 12 books focused on the laity and spirituality. In Laity Stirring the Church (1987), she addresses several issues that were causing suffering among the laity, but also offered the opportunity for hope and creative response. These included marriage, lay ministry, the role of women, and the laity's hunger for the experience of God. A later book, The Laity and Christian Education (2006), explores the history of how the laity was moved to "center stage" during Vatican II and the postconciliar period.

Cognizant of the need to encourage lay spirituality, she wrote The Ordinary Way: A Family Sprituality (1982), in which she focused on the family as the first place one encounters God. In order to strengthen this community, this "doorway to God," she examined the traditions of the monastic family and applied them to domestic life.

In other works, she explored prayer, the communion of saints, solitude, friendship and gratitude as resources for spirituality.

An advocate for women's empowerment, Leckey celebrated the creativity of women in her Madeleva Lecture, published as Women and Creativity (1991); Winter Music: A Life of Jessica Powers (1992), a biography of the Carmelite poet; a co-edited book, Monika K. Hellwig: The People's Theologian (2010); and Grieving With Grace: A Woman's Perspective (2008), reflections on the death of her husband, Tom.

In the gradual evolution of the understanding of laity from "docile flock" to "people of God" there have been changes. Leckey, now 85, reminisced: "I never have thought that ecclesial progress would happen at a fast clip. But it is happening. The bishops I worked with over the years really did care about the laity, even though it was hard to hold the center when stones come from the left and the right. They were men dedicated to the people of God."

Yet the challenges remain. On the one hand, Philadelphia Archbishop Charles Chaput, one of the most conservative of Catholic prelates, now serves as chair of the U.S. bishops' Committee on Laity, Marriage, Family Life and Youth. At the same time, Pope Francis has made the "historic" appointment of three lay women as consultors to the Congregation for the Doctrine of the Faith.

The way forward has been and will be contingent on the bridge builders, "repairers of the gap" like Dolores Leckey, who has played an essential part in changing the American church and the self-understanding of the ordinary Catholic.

[Dana Greene's latest book is Elizabeth Jennings: The Inward War. She and Dolores Leckey met as a result of a shared interest in Evelyn Underhill.]

A version of this story appeared in the June 29-July 12, 2018 print issue under the headline: Dolores Leckey bridged the laity-hierarchy gap.