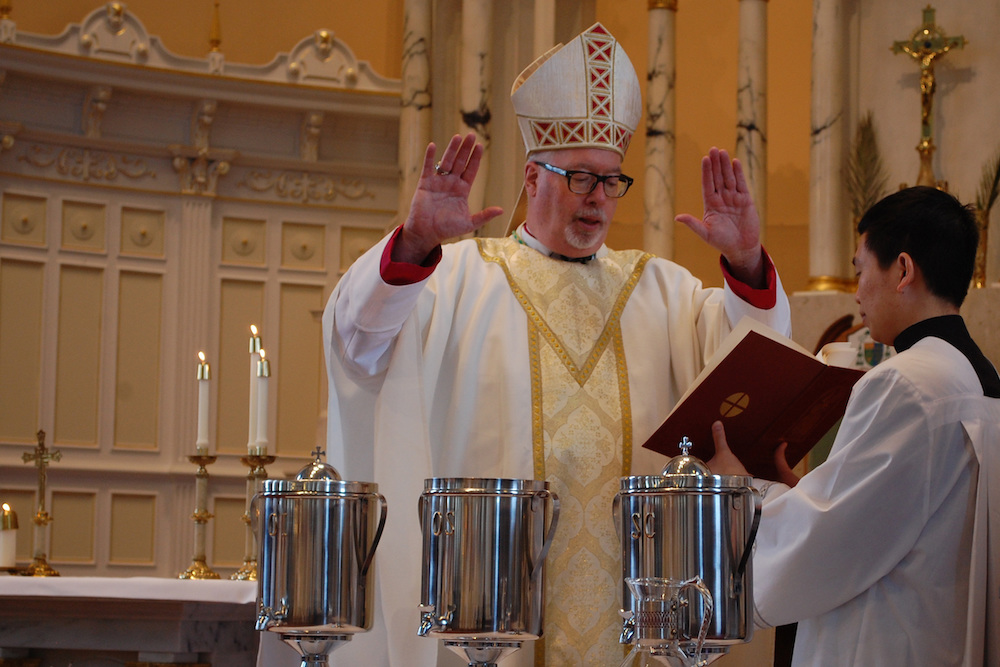 In 2018 Bishop Christopher Coyne of Burlington, Vermont, announced that he would be forming a committee comprised of lay people to produce a report which would list those priests who had been credibly accused of abusing children. When I read that, I emailed him offering to serve on the committee. I have spent my entire career, almost 40 years, in the field of child protection and safety, I am a Catholic, and I knew Bishop Coyne from prior matters. He emailed back, "Thank you, because I was going to ask you."

There were seven of us on the committee, including one survivor of abuse by a priest. At the first meeting, Coyne announced that this report was ours and only ours to write and that he would not attend future meetings unless we invited him. He vowed not to change one name, one comma. He also promised us total and complete access to any file of any priest: living, deceased, retired, active — it did not matter, we could see them all, at any time.

A lawyer, a retired state's attorney, was named head of the committee, but in short order he had to take time off for medical reasons, and I was asked to take over, which I accepted. We started meeting in October of that year and predicted to Coyne that our report would be complete by the end of the year. Once we started digging into the 50-plus files, some of which dated back to the 1940s, we had to tell him we would need many more months. "Take the time that you need in order to get it right," was his response, which we all appreciated.

The first thing we had to establish was our definition of "credibly accused," because unfortunately we learned there is no one universally accepted definition among Catholic dioceses. We reviewed reports already done by other dioceses and settled upon that used by the Diocese of Syracuse, New York, which is that an allegation that, based upon the facts of the case, meets one or more of the following thresholds:

We then began the hard work of perusing the files, reading every tattered, yellowed, mimeographed page. As one reporter later asked me, "Are you saying that all seven of you read every single file?"

There was a great deal of upsetting information in the files. But the hardest part was determining who reached the bar of "credibly accused" and who did not. A certain segment were simple to determine in that the priest admitted what he did and/or had been convicted and imprisoned, thereby being "credibly accused." Another segment included allegations made by one person against a priest who could not have possibly been in the parish or location at the specified time period, and thus deemed by us as "not credibly accused."

But most cases fell in between, where we would have to carefully go over the facts, reading and rereading files, sometimes comparing them to other ones, sometimes asking the bishop for more files, which were always rendered to us. We all took it seriously, not only because it mattered to the survivors of clerical abuse, but because it also mattered to the reputations of the priests being accused, even if they were deceased.

We went from the start with majority rules and voted on every case. Most were 7-0, a few ended up 6-1, and I believe only one was 4-3. On that one, we went over the facts several times, reread the file, each of us, and as the leader I called for a vote and it came in 4-3 to put the person on the credibly accused list.

In the end, we came up with 40 names on our list of those credibly accused, which came out to 10% of the total number of priests who had been in the diocese during that time period, which we later learned matched national statistics. Coyne held a press conference at which he released our report, and we were all in attendance.

The aftermath was interesting. I received several messages from people I knew on the lines of, "I can't believe Fr. X was on that list, he helped my family so much when my mother was dying." "I'm sure he did," was my reply, "but you will have to take my word for it that there are other things he did that constitute child abuse."

Much more common, however, were messages from people thanking me for what we committee members did. Most were from Catholic friends, but not all. They truly appreciated the grim task that we took on.

A reporter at the press conference asked me why I took part in this. "Because the church needs to be transparent in order to regain the trust of the people," I responded. "But just as importantly, I did this because I believe it will be healing for those who were abused." And that turned out to be true. Other committee members and I received many messages from those who were survivors of clerical sexual abuse, telling us how grateful they were and that our report finally gave them some sense of comfort and relief from their suffering.

And that to me is what mattered most. I know from the work I have done with children and teenagers for 39 years that to suffer abuse of any sort is traumatic, but to be listened to and believed can be healing. And I think that is what we accomplished through the issuance of this report.

[Mark Redmond has worked in the field of caring for homeless, runaway and at-risk youth since 1981. He is presently executive director of Spectrum Youth and Family Services in Burlington, Vermont. He is the author of The Goodness Within: Reaching out to Troubled Teens with Love and Compassion (Paulist Press).]