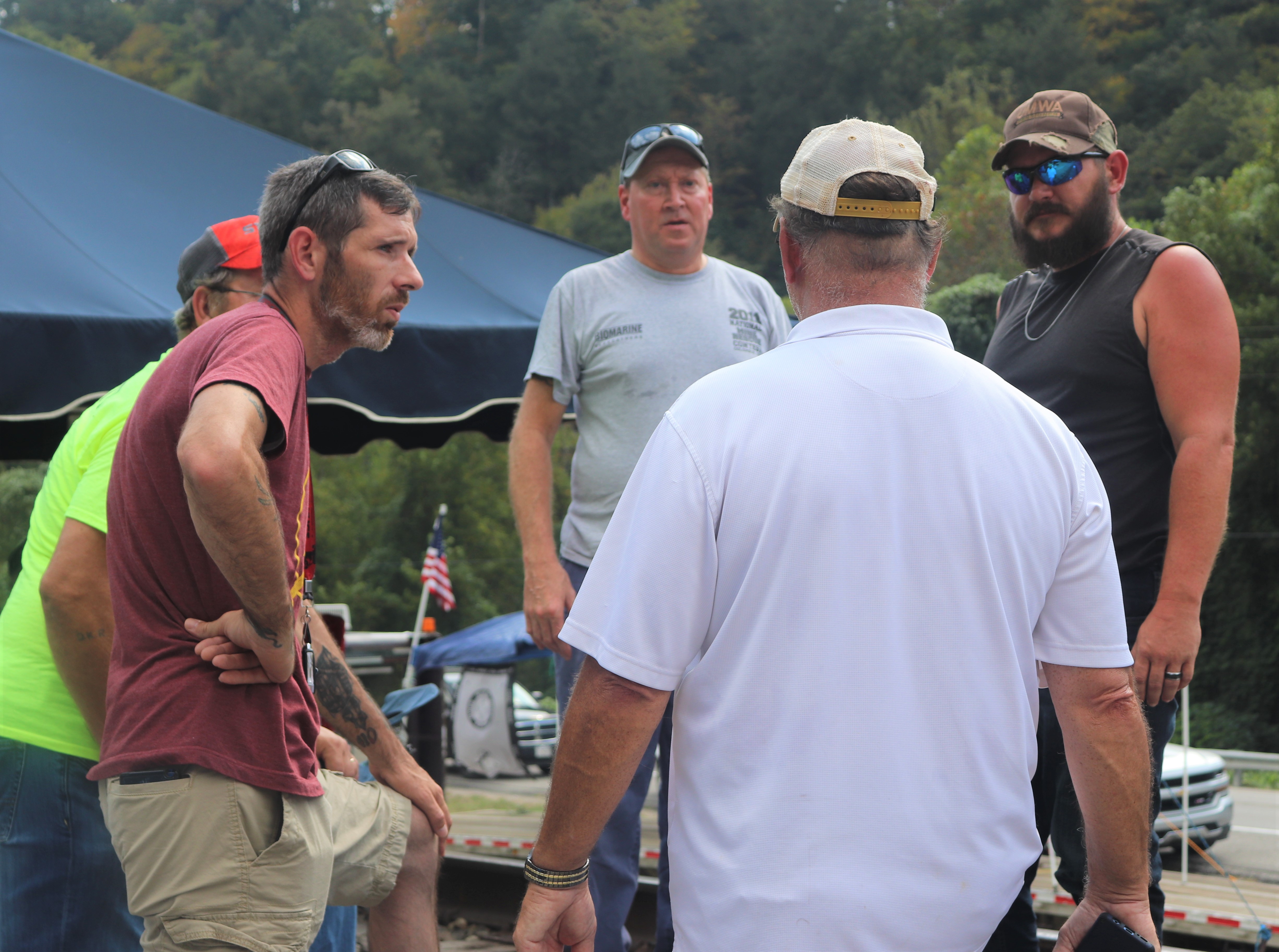 Blackjewel miners set up a protest along the railroad tracks to block a coal train from leaving Harlan County in Kentucky. (Jennifer McDaniels)

*Editor's note: This is a follow up to two earlier NCR stories: "Kentucky priest who is one of pope's 'missionaries of mercy' helps miners" and "Miners in Kentucky are still feeling the hurt."

While President Donald Trump claims a coal comeback, miners here are planning to move on from that troubled industry.

One group of miners, formerly employed by Blackjewel, now want what the bankrupt coal mining operation owed them: an estimated $2.6 to $5.5 million in back wages. They blocked train tracks this summer in protest.

Their money is supposed to come from the Blackjewel Marketing & Sales Holdings, which owned the last shipment of mined coal.

There is now a new owner, Tennessee-based Kopper Glo Mining. But that company will not comment on the status of any new hires, rehires or even a reported start-up of two former Blackjewel facilities.

For many miners, however, the struggle just to survive continues. Not everyone can — or want to — return to what was until July, a huge part of their lives.

NCR recently talked to several members of this stricken community about what the past three months have been like, and what the future holds for them.

Will Stanton worked with Blackjewel for two years as a coal washer, and before joining Blackjewel, spent six years with Rhino Mining in McLean County, Kentucky.

Stanton figures he has "about 20 years in the business altogether, working as I have for different companies."

His job as a coal washer for Blackjewel required Stanton and his crew to take the rock out of coal, then clean and put the marketable product in railroad cars on the tracks.

In July, Stanton, his wife, Kim, and their two children, ages 17 and 14, were vacationing at Lake Cherokee in Tennessee, when his cell phone began ringing almost non-stop.

"People we knew had started getting phone calls to check their bank accounts, because there was no money in them," Stanton recalled. "I had to borrow money from my father to get us back home, and this is now the ninth week I've been unemployed — the longest in my entire working career," Stanton noted.

The former Blackjewel worker told NCR he was owed $2,100 in wages, as the company's owners had taken their employees last paychecks and put the contents towards paying its own bills.

The Catholic Church in Eastern Kentucky has been a source of support throughout the crisis.

Fr. Terrence DeSilva, along with many local pharmacists, lawyers and restaurant owners, helped the miners and their families with food, rent and utility payments, medicine and finding other work.

DeSilva has been pastor of Holy Trinity Church in Harlan since July 1, and also oversees the neighboring parish of St. Stephen's in Cumberland (the county's largest) and The Church of the Resurrection in Lynch.

He quoted Mother Teresa in explaining why the church, in a region which is largely non-Catholic, has assisted the miners. 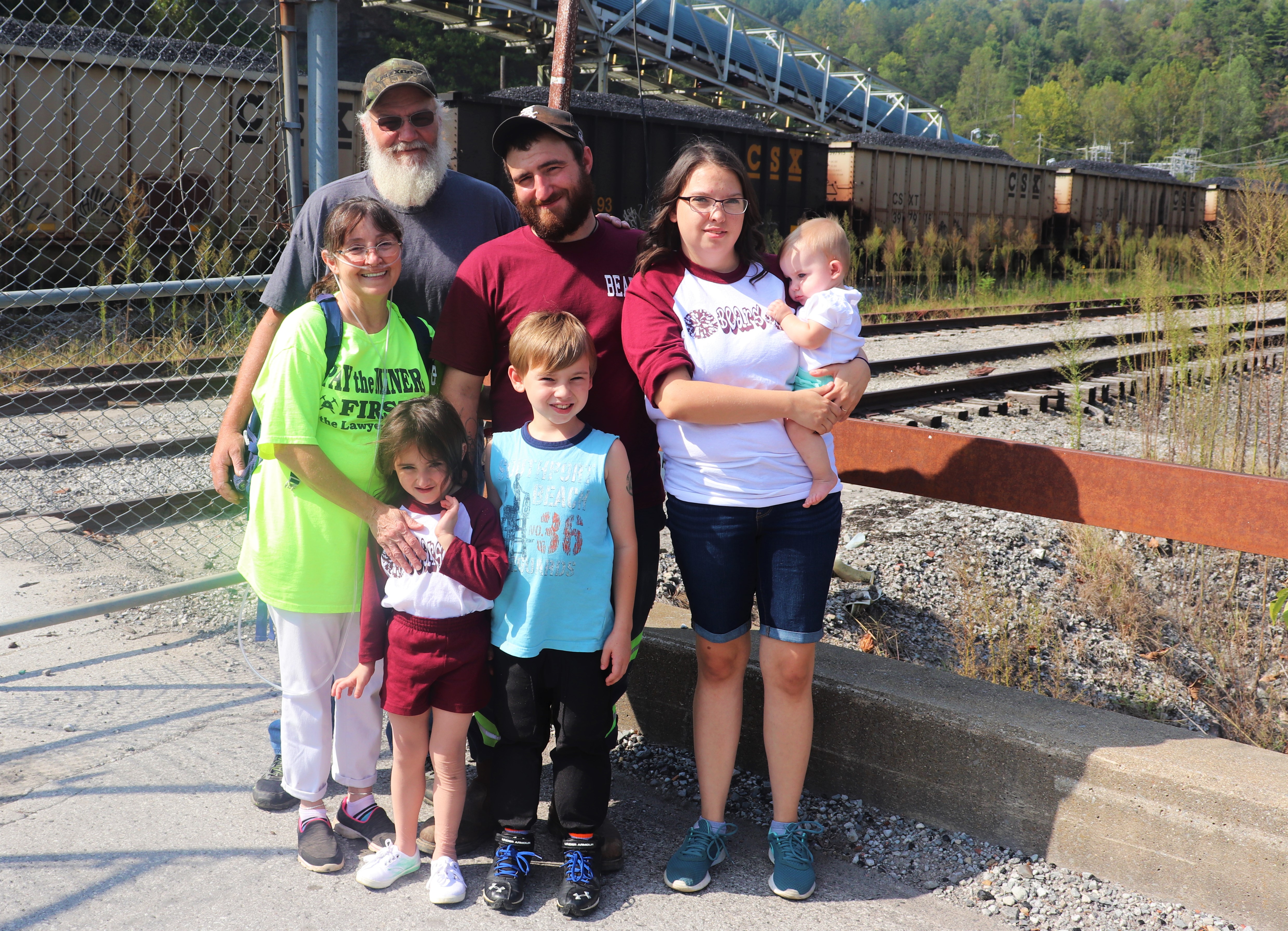 The Pratts were one of hundreds of families that faced severe financial hardship as a result of Blackjewel's failure to pay its employees. (Jennifer McDaniels)

The church finds itself assisting miners, who, in many cases, have ended up with their bank accounts overdrawn by $1,500 or more.

Under the settlement offer, back wages would amount from between $3,000 to $4,000 or more per individual miner. The settlement does not take into account other monies that some miners say they are still owed, such as for 401(k) or child-support payments.

"We all do an honest day's work for an honest day's pay, and [a settlement] should not have taken this long. There were guys ready to retire, and other fellas who are now at the crossroads," Stanton said.

David Pratt Sr., for one, said he couldn't wait for a settlement.

"I've got 40 years underground as of right now, and I was a crew boss, but now, I guess, it's time to do something else," Pratt said.

In October he said he was now pursuing a commercial driver's license, but will have to purchase an 18-wheeler rig just to begin accepting work.

"I just spent 25 to 30 years getting out of debt, and now I'm going back into debt just to have money coming in," Pratt said. 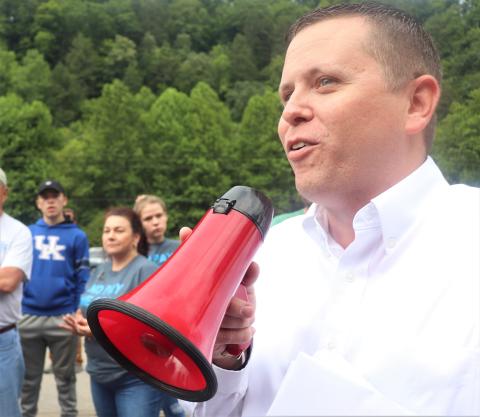 David Pratt Jr. was employed with Blackjewel as a foreman from August 2015 through July of this year. He is now following his wife, Wendy, into the nursing profession. The Pratts have three children: the oldest are ages 8 and 6, and the youngest is 10 months.

Whether a new owner enters the picture or not, Pratt Jr. said he will not return to mining.

"I told my wife three months before this happened that I was tired of seeing the layoffs and watching the coal industry go through 'spurts' going back to 2016," Pratt said.

Gary Lewis worked for Blackjewel as a coal washer for four years and has 25 years in the Kentucky mines.

Currently drawing unemployment, Lewis, who has a wife and 18 year-old son, told NCR, "My boy is planning on going into law enforcement because he has seen me too lose too many jobs."

In October, the miners were promised some relief as a settlement was approved by the U.S. District Court for the Eastern District of Kentucky.

The sale of its now shuttered Wyoming properties helped the company pay its former employees.

"My heart is overjoyed for these hardworking people who took a stand in a professional way to say that workers shouldn't be treated this way," Harlan County Judge Executive Dan Mosley told NCR.