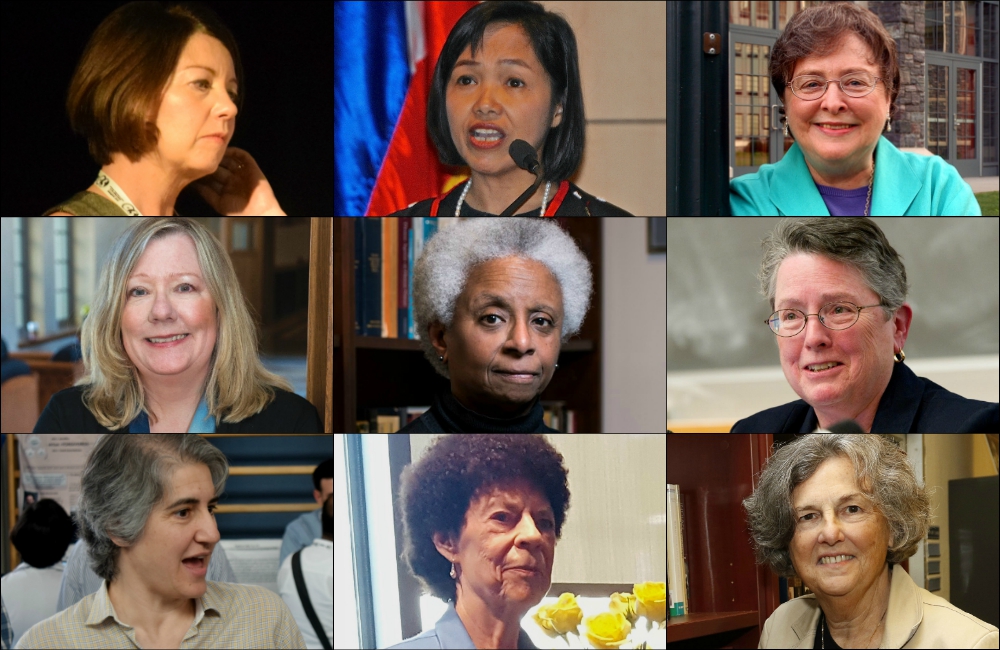 In the reforms being mentioned in light of the contemporary crisis in the Catholic Church, I see lots of punitive proposals but I don't see enough constructive models of empowerment.

I believe that until women have power in the church, we will not be reformed.

During the June 2017 consistory, the new Swedish Cardinal Anders Arborelius suggested the pope consider creating a special advisory body of women akin to the College of Cardinals to offer more opportunity for women's leadership in the church.

Acknowledging in an NCR interview that "the role of women is very, very important in society, in economics," Arborelius added, "In the church sometimes we are a bit behind."

He said that the advisory body "could be made more official": "We have a College of Cardinals, but we could have a college of women who could give advice to the pope."

When I heard that, I thought of the conversation a few years ago about making women cardinals. I prefer that earlier proposal. Having a women's advisory council, as the Swedish cardinal suggests, reminds me of the claims of "separate but equal" — a claim that never becomes true. A women's advisory council would inevitably be secondary if women were excluded from the College of Cardinals

It was only a hundred years ago that canon law decreed that cardinals had to be ordained. Before that, the College of Cardinals was made up of both ordained and lay men.

As I understand it, the then-"new" 1917 Code of Canon Law was looking for a way of curbing abuses in the making of cardinals. Some men had little knowledge of theology and others were, well, very young.

For instance, when Pope Clement XII made Luis Antonio de Borbón, son of King Felipe V of Spain, a cardinal, the cardinal was only 8 years old. Requiring priestly ordination curbed those abuses. In 1983, another code was developed (Canon 351) that required episcopal ordination to be made a cardinal.

The pope can easily remove the requirements for priestly and episcopal ordination.

The idea has been around. In 2012, another cardinal, Timothy Dolan, told Franciscan Fr. Benedict Groeschel in an interview on EWTN: "You know, in fact, get this, and I've heard it from more than one person that one time somebody said to Blessed John Paul II, 'You should make Mother Teresa of Calcutta a cardinal.' ... And the pope said, 'I asked her, she doesn't want to be one.' "

In fact, then-Cardinal Joseph Ratzinger (the future Pope Benedict XVI) himself reported the offer as well.

In a 2013 interview with The Irish Times just before Pope Francis' first consistory, Jesuit Fr. Federico Lombardi, then the director of the Holy See's Press Office, weighed in on the question of women cardinals.

"Theologically and theoretically, it is possible," Lombardi said. "Being a cardinal is one of those roles in the church for which, theoretically, you do not have to be ordained."

But on the eve of the first consistory, he added, "to move from there to suggesting the pope will name women cardinals for the next consistory is not remotely realistic."

My proposal, like the Swedish cardinal's, remains theologically and theoretically possible.

Another cardinal, Germany's Reinhard Marx, a member of the Council of Cardinals, recently said, "We need a new image of what the church is supposed to be — namely a world church led by men and women from all cultures working together."

The cardinal was commenting on how many women have executive positions in dioceses and noted significant growth across Germany and Austria. He sees, as most of us do, that we need to see women with authority in the church.

You don't have to listen to me or Cardinal Marx. Give an ear to Lucetta Scaraffia, professor at Rome's Sapienza University, contributor to L'Osservatore Romano and editor of its monthly supplement Donne Chiesa Mondo ("Women Church World"). Hear her call for women to be given real, existing positions of authority that match their competency.

When I think of real women leaders, I think of women theologians. If you want to see church leadership, take a look at them. There's sustained, authoritative leadership.

There is a lesson to be learned about these women theologians. Before 1975, you could count the number of women theologians worldwide on one hand. In those 40 years since, women have not only entered the field, they have become senior theologians, leading the field today.

As we work to see women emerge within ecclesial offices — whether as lay cardinals, privileged advisers, ordained deacons, diocesan administrators or any other position — it does us well to recognize that once they get into these other ecclesial positions, they will become leaders there as well.

And that is the singular most necessary reform for the church: women empowered and equal to men in authority. If they get the authority, they will lead.

First step, then: Make eight women cardinals. They don't need to be ordained (that could take years)! Let women have a place at the table now, the table where the pope meets with his most trusted advisers.

Making women cardinals and giving them that place would launch some evident reform. I think it would also give renewed hope and life to the church.

[Jesuit Fr. James Keenan is a moral theologian, founder of Catholic Theological Ethics in the World Church, and Canisius Professor and director of the Jesuit Institute at Boston College.]

A version of this story appeared in the Oct 5-18, 2018 print issue under the headline: If we want to reform the church, let's make women cardinals.