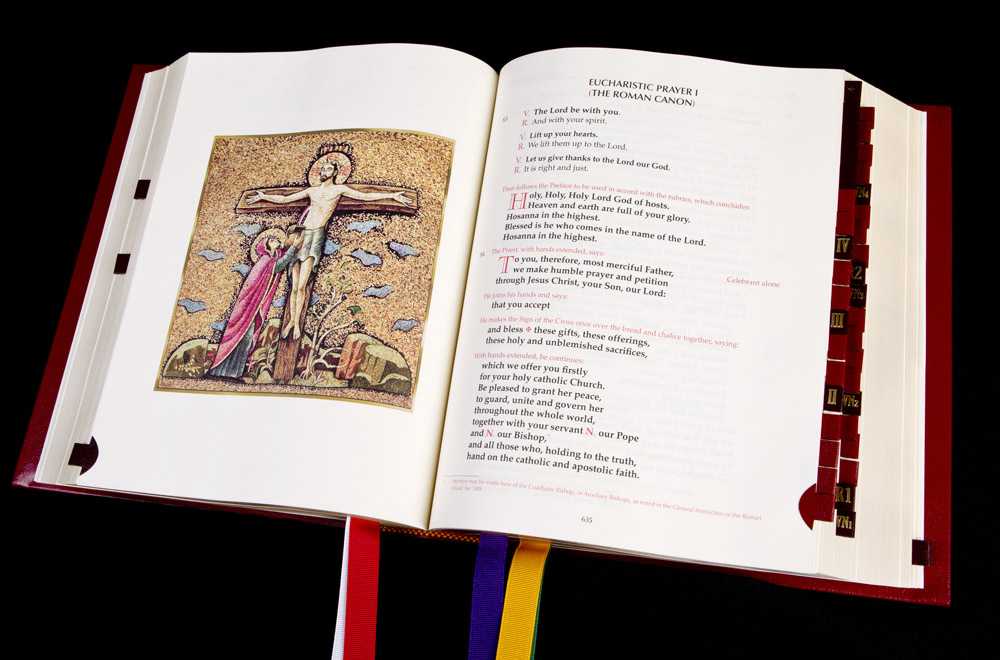 Recently, I asked a well-known liturgist about the Roman Missal's instructions on kneeling during the liturgy, and learned two lessons. First, in the United States, our bishops determined that the faithful should kneel beginning after the singing or recitation of the Sanctus until after the Amen of the eucharistic prayer. Second, elsewhere in the world, the faithful arise and stand after the memorial acclamation.

I was thinking of this when reading in NCR that Pope Francis has summoned all of the presidents of the world's various conferences of Catholic bishops to Rome for a February meeting on clergy sexual abuse, in the first such global summons by a pontiff. The theme of the meeting, to be held Feb. 21-24, is the "protection of minors."

As our own episcopal conference prepares to go to this meeting, I was looking to find some tangible sign of hope that we could prayerfully express as the people of God. I kept thinking of how the rest of the universal church arises after the memorial acclamation and stands in prayer.

Should we not rise too?

What would happen if, all across the U.S., Catholics rose and stood erect in their places after reciting or singing the memorial acclamation, just as the rest of the Roman Catholic Church does?

This simple initiative could be a tangible expression of hope and expectation that our clergy, and particularly our hierarchy, understand that they must develop with the laity real and tangible reforms that aim at the transparent and evident protection of minors.

Of course, I am not thinking of window-dressing reforms but real ones — like dismantling the church's clerical and patriarchal cultures, creating more capacious space for lay leadership, particularly of women’s leadership, as well as developing accountability and governance structures of our dioceses that are more like the lay boards of our Catholic colleges and hospitals.

These and other reforms are how we as church, laity and episcopacy, need to proceed. These are why we would arise and stand in hope. Nonetheless, this proposal to rise and stand is a first step and as such, a modest one.

I am not suggesting we stand during the consecration; I am just suggesting that we follow the Roman Missal as it directs everyone else, everywhere else in the church. I am not suggesting anything outside of the practice of the universal church. After all, the last thing we would want is to relaunch a distracting culture war over the liturgy.

I think that by moving toward the practice of the Roman Missal as instructed elsewhere we could provide the time, the place and the stance to express our hopeful determination that as church, our minors will never be at risk again. Is not the Eucharist precisely that place where we encounter the grounds of our hope as the people of God?

I am also not proposing a protest, but rather a confident, hope-filled expression, congruent with the Eucharist, that we want to tangibly express to our clergy and especially our episcopacy that we must move forward responsibly, and that without any doubt, we are serious about it.

Still, this modest action is not a solitary action but a common one: as Francis calls our bishops to Rome, we stand in the hope of his summons and let others in the eucharistic community know that we expect that this does not go unnoticed. We stand so others do, too.

In short, we arise and stand in the hope of a church that more closely embodies what the Risen Lord calls us to be.

Baldovin offers a few suggestions, among them, standing "with hands folded in the more modern gesture of prayer." I would like to fine-tune Baldovin’s suggestion and add that we should rise and stand not slouched or leaning on the pew in front of us but evidently erect, upright, as if we are among the elect who are being asked whether we are ready and willing. I think that way of standing could clearly convey our hope and our agency.

Finally, thinking of arising and standing erect, I am reminded of that poem by e. e. cummings, "i am a little church," where he offers these lines as the conclusion:

winter by spring, i lift my diminutive spire to
merciful Him Whose only now is forever:
standing erect in the deathless truth of His presence
(welcoming humbly His light and proudly His darkness)

As bishops' conferences around the world prepare for their meeting with Francis and as we continue to work for this long-needed reform, let us begin this coming Sunday to rise and stand as witnesses to our hope.

When we recite or sing one of the memorial acclamations (such as, "when we eat this bread"), let us arise and let the whole church know that as we work for reform of the church, we bring our hope to the Eucharist, standing erect in the deathless truth of His presence.

[Jesuit Fr. James Keenan is a moral theologian, founder of Catholic Theological Ethics in the World Church, and Canisius professor and director of the Jesuit Institute at Boston College.]

A version of this story appeared in the Nov 16-29, 2018 print issue under the headline: Let US Catholics arise, stand ahead of summit.