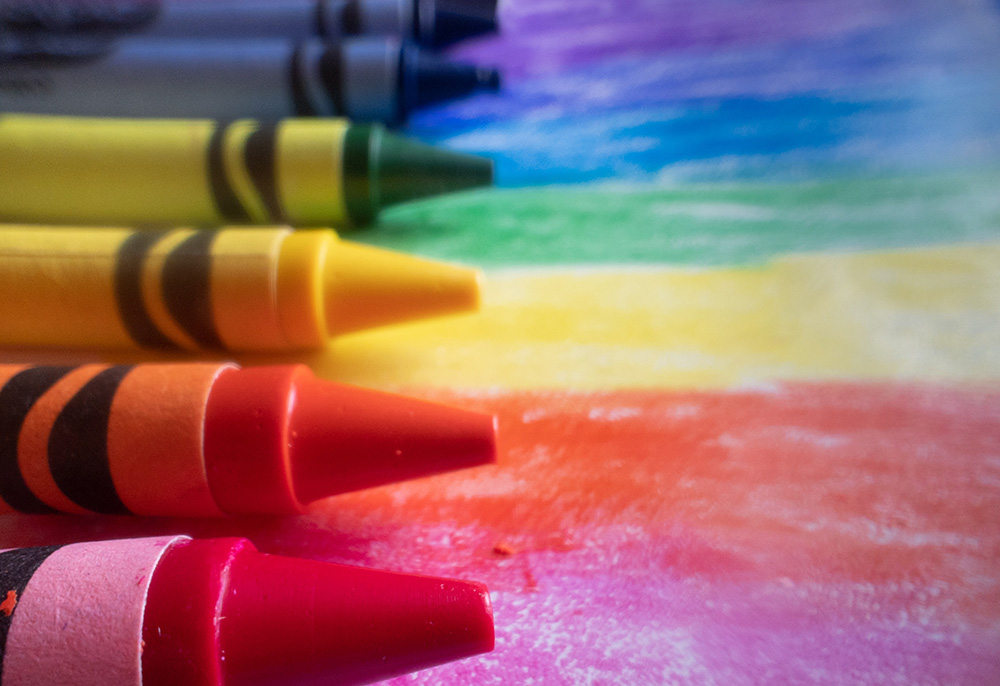 Editor's note: A version of this essay first appeared at Omaha.com.

When the Omaha Archdiocese released its final report on the synodal process in June, it recognized that LGBTQ+ people feel alienated by the church and it called the church to be more welcoming toward them while remaining "true to the teachings of the Church."

Yet two months after the release of the report, the archdiocese issued a Policy on Human Sexuality for students, parents and guardians, employees and volunteers to be added to student/parent handbooks at Catholic schools and integrated into employee contracts. This policy ignores the message of welcome in the synodal report, alienates LGBTQ+ Catholics and supports discrimination against students, parents, employees and volunteers at Catholic schools.

The archdiocese's policy highlights the disconnect between a synodal church, seeking what Pope Francis calls unity in diversity, and a hierarchical church, tone-deaf to the people of God's voices. The policy was to be implemented by Catholic schools on Jan. 1, 2023, well before the conclusion of the synod on synodality.

Based on widespread negative responses to the policy, Archbishop George Lucas announced that he is delaying its implementation and invites additional feedback. We offer constructive feedback on the policy in this essay.

The policy begins by stating a commitment to "spreading Gospel values and forming our faithful in Christ's teachings and in conformance with the magisterium." There are three specific directives in the policy for students, parents, guardians, employees and volunteers. 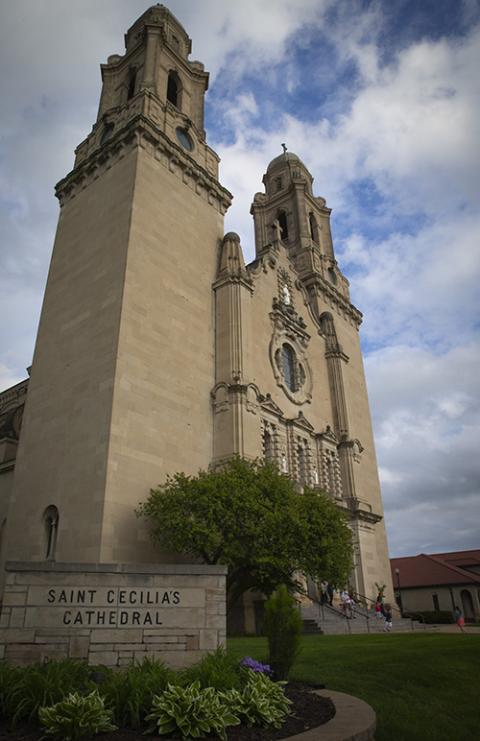 First, the school "shall not sponsor, endorse, facilitate, host, or provide any accommodation to any person, group, entity, event, or activity that would condone or promote a view of sexual identity that is contrary to the Church's teachings, including views of gender and sexuality contrary to Catholic teachings."

Second, schools "shall, at all times, act toward a person in accordance with his or her biological sex at birth. In all cases, the school must act in accord with Christian charity."

Third, "at all times, students, children, and youth participating in ... activities shall conduct themselves in accord with their biological sex at birth."

In specifying these directives, the policy notes that students, employees and volunteers at Catholic schools can be refused admission or hiring, and can be expelled, dismissed or fired if they do not conform to them.

In addition, parents and guardians "must agree that the student will respect Catholic teaching concerning faith and morals, and particularly those addressing human sexuality as set forth in this policy." Regarding parents and guardians, "if serious concerns arise" regarding their "position or action with respect to the tenets of the Catholic faith," the principal or president should meet with the parent to discuss those concerns.

If it is not resolved satisfactorily that a parent will "uphold Catholic principles" and will jeopardize a child's religious education, the child will not be admitted or will be dismissed if already attending the school.

In relation to employees and volunteers, the policy specifies that all hold "ministerial positions" and must conform to this policy in their personal and professional lives.

We have several comments regarding this policy. First and foremost, it ignores the synodal report, issued just two months earlier, on the need to welcome the LGBTQ+ community. Although the second directive specifies "the school must act in accord with Christian charity" in all cases, it is unclear how this policy reflects charity and welcomes this community with threats of expulsion, firing and dismissal.

All of these criteria are ambiguous and open to interpretation by any person who may be affected more by political/cultural bias than by an objective, correct interpretation of contemporary Catholic teaching.

Second, the language is ambiguous, and it is left to administrators to attempt to interpret and apply the policy. It allows for students to have a "romantic date ... only with a person of the opposite biological sex." Who defines what is and what is not a romantic date? What are the criteria for making this judgment between same-sex or heterosexual friends?

The policy notes that if an "expression of gender, sexual identity, or sexuality should cause confusion, disrupt the educational integrity of the Catholic education program, or cause scandal, the matter will be discussed with the student and his/her parent." If not able to be resolved the student may not be admitted to, or may be dismissed from, the school. All of these criteria are ambiguous and open to interpretation by any person who may be affected more by political/cultural bias than by an objective, correct interpretation of contemporary Catholic teaching.

In addition, what does "Students will conduct themselves in accord with their biological sex at all times" mean? Pope Francis and the Congregation for Catholic Education in "Male and Female He Created Them" affirm that sex and gender are distinct though inseparable, and that scientific studies that attempt to discern how sexual difference is lived out in various cultures should inform our understanding of the interrelationship between sex and gender. This acknowledges a plurality of cultural influences and understandings of how gender is expressed, which is nowhere acknowledged in the Omaha policy.

Who is qualified to judge what constitutes an acceptable or unacceptable cultural expression of one's biological sex, and to interpret and apply policy guidelines? Is it the person herself or himself? Is it a parent, a teacher or only the celibate clerics of the archdiocesan administration?

Third, the policy fails to distinguish between different, and even conflicting, magisterial teachings, to which all students, parents, school faculty and archdiocesan administrators must conform. It gives unjustified emphasis to Catholic sexual teaching over Catholic social teaching.

Yet Catholic social teaching is indisputably clear that such discrimination is immoral. The catechism teaches that "the equality of men [and women] rests essentially on their dignity as persons and the rights that flow from it: 'Every form of social or cultural discrimination in fundamental personal rights on the grounds of sex, race, color, social conditions, language, or religion must be curbed and eradicated as incompatible with God's design.' "

The catechism does not include sexual orientation or gender identity in this list, and the Nebraska Catholic Conference (and the U.S. bishops' conference) has vehemently resisted employment nondiscrimination legislation (the Employment Non-Discrimination Act, known as ENDA, and the Equality Act) on the basis of sexual orientation and gender identity.

In a statement to motivate Catholics to lobby state legislators against such nondiscrimination legislation, it says such legislation "would prevent a Catholic school from reprimanding a transgender male [sic] coach who insists on using the girls' shower and restroom facilities."

Such a statement is not only politically and legislatively motivated by the culture wars, but manifests the politics of fear that are driving polarization in the church and country. It also violates Popes John Paul II and Francis' dialogue of charity. Notwithstanding the culture war strategy behind such a statement to promote unjust discrimination, if any coach is showering with students there are more fundamental institutional and personnel concerns than LGBT+ issues! 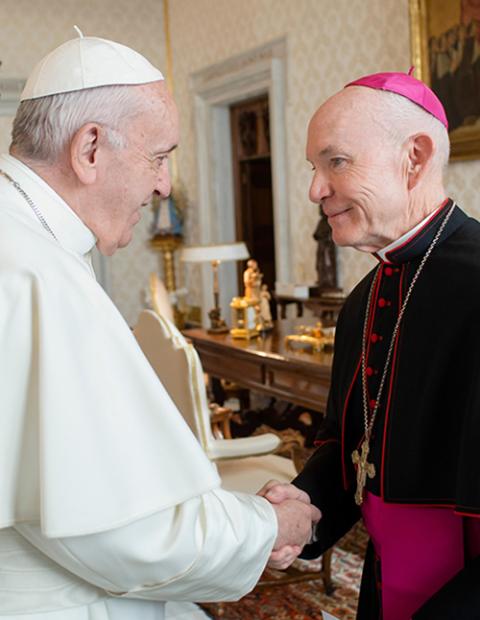 Francis' distinction between same-sex marriage and same-sex civil unions sheds an entirely new light on ENDA and the Equality Act, and should be reflected in the policy. His support of legal protections for same-sex civil unions makes an important distinction between civil law and church doctrine, prioritizes Catholic social over sexual doctrine, recognizes that LGBTQ+ people are discriminated against and need legal protection, and calls the church to practice respect, compassion and hospitality toward all people, including LGBTQ+ people.

If respect, compassion and hospitality should extend to the civil and legal realms, it should certainly extend to Catholic institutions, including Catholic schools. The archdiocesan policy fails miserably here, especially when dealing with young people who are struggling to discern their sexual identities.

Fourth, one of the leading causes of young people leaving the church and teen suicides or attempted suicides is discrimination and bullying on the basis of sexual identity. In 2016, a PRRI International survey demonstrated that those raised Catholic were more likely than those raised in any other religion to cite negative treatment of LGBT+ persons as their primary reason for leaving the church, 39% vs. 29% respectively.

Citing the Trevor Project's 2020 Survey on LGBT Youth Mental Health, Jesuit Fr. James Martin reports that 48% of them reported engaging in self-harm in the past 12 months and 40% had seriously considered suicide in the past year. This leads him to state the obvious: "Stigmatizing language, especially stigmatizing language from religion ... can have life-and-death consequences."

Although the policy speaks out against bullying by individuals, it is oblivious to the "stigmatizing language" and institutional bullying in the policy itself and to the scientific, sociological data that indicates a strong correlation between mental health and negative stances on, and treatment of, LGBTQ+ people, such as those reflected in the policy. This demonstrates Catholic institutional insensitivity to human dignity, ignorance of the sciences, and structural sin that perpetuates and supports discrimination and indirectly promotes mental and even physical harm because of one's sexual identity. 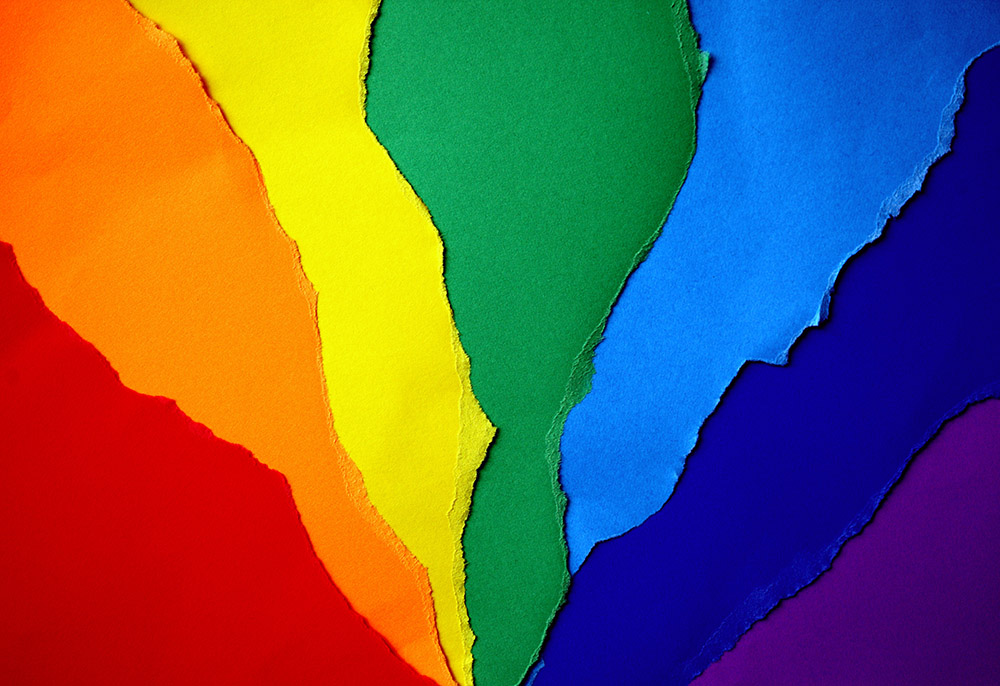 Such a well-formed conscience can, and should, have the freedom to voice disagreement with the church's non-infallible teaching on sexual ethical issues without fear of punitive measures.

Finally, it is noteworthy and demonstrates the cynical legal calculation on the part of the archdiocese that the policy designates all employees and volunteers, whether they are involved in religious education or not, as ministerial.

The archdiocese has never formulated and circulated a policy to be implemented into the student-parent handbook for violating Catholic social teaching with such draconian measures. One can be a climate change denier, a racist, a supporter of the death penalty, even a denier of the real presence of Jesus in the Eucharist and suffer no penalty.

This policy does not reflect a positive vision of synodality, and certainly not Francis' vision of finding unity in diversity. It more accurately reflects, rather, the divisive cultural and political perspectives poisoning the country and apparently shared by the leadership of the Omaha Archdiocese.

Read this next: New Catholic policies across US create 'culture of fear' for LGBTQ students, advocates say