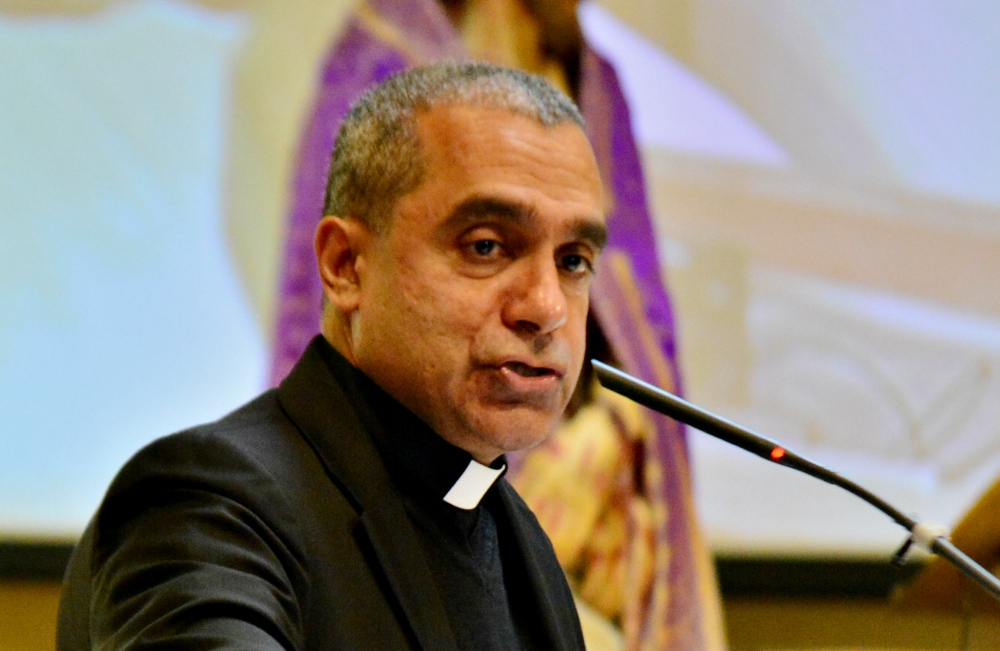 Figueiredo, a priest of the Archdiocese of Newark, New Jersey, was ordained by McCarrick in 1994 and served as McCarrick's secretary from September 1994 through June 1995. Figueiredo said he also provided secretarial assistance to McCarrick during the cardinal's visits to Rome over the 19-year period that Figueiredo served there.

Figueiredo's account of his former boss' emails and letters, dating from 2008 to 2017, were published in stories by Crux and CBS News May 28.

According to those accounts, Figueiredo said that McCarrick had been placed on travel restrictions in 2008 by Cardinal Giovanni Battista Re, then head of the Vatican Congregation for Bishops. McCarrick, who retired as archbishop of Washington in 2006, was accused last year of sex abuse against underage boys and was subsequently laicized.

Archbishop Carlo Maria Viganò, former apostolic nuncio to the United States, released a bombshell letter last year stating that both Wuerl, who succeeded McCarrick as head of the Washington Archdiocese, and Pope Francis knew about the restrictions placed on McCarrick but that they allowed the disgraced cardinal to continue in public ministry.

McCarrick, then the retired archbishop of Washington, flouted the restrictions, serving as a Vatican diplomat around the world, traveling to Rome, where he met with Benedict, and on visits to China, the Middle East, and other sensitive outposts in the cause of Vatican diplomacy.

The reasons for the restrictions placed on McCarrick were not clear in Figueiredo's account. But he said that McCarrick, in his correspondence with Re, admitted that he had shared his bed with seminarians while at a beach house owned by the Newark Archdiocese. He said that he had put a stop to that practice, but he had never had sexual relations with anyone. McCarrick described his relationship with the seminarians he invited to bed as familial but a mistake nonetheless.

In a statement on his website, Figueiredo said he was releasing the information in the service of transparency. The full texts of the correspondence and emails were not published.

"I wish only to present facts that will help the Church to know the truth," he wrote, stating that he was releasing information in the spirit of Francis' recent motu propio, a document released on the pope's initiative that called upon the church to act against sex abuse by being receptive to the truth.

Figueiredo noted that the "hierarchy's abuse of authority and cover up ... have inflicted consequences upon me, too." Figueiredo, who was arrested for drunk driving in the United Kingdom last year, said he has undergone therapy and is leading a sober life.

Figueiredo told CBS News he was compelled to release the letters because "I would be part of the cover-up if I simply kept that correspondence to myself."

In an interview with Mexican journalist Valentina Alazraki released May 28, Francis reiterated his claim that he knew nothing of restrictions placed on McCarrick. Wuerl, through a spokesman, also denied knowing.

Figueiredo, in an email to NCR, said he would now only speak through his website.