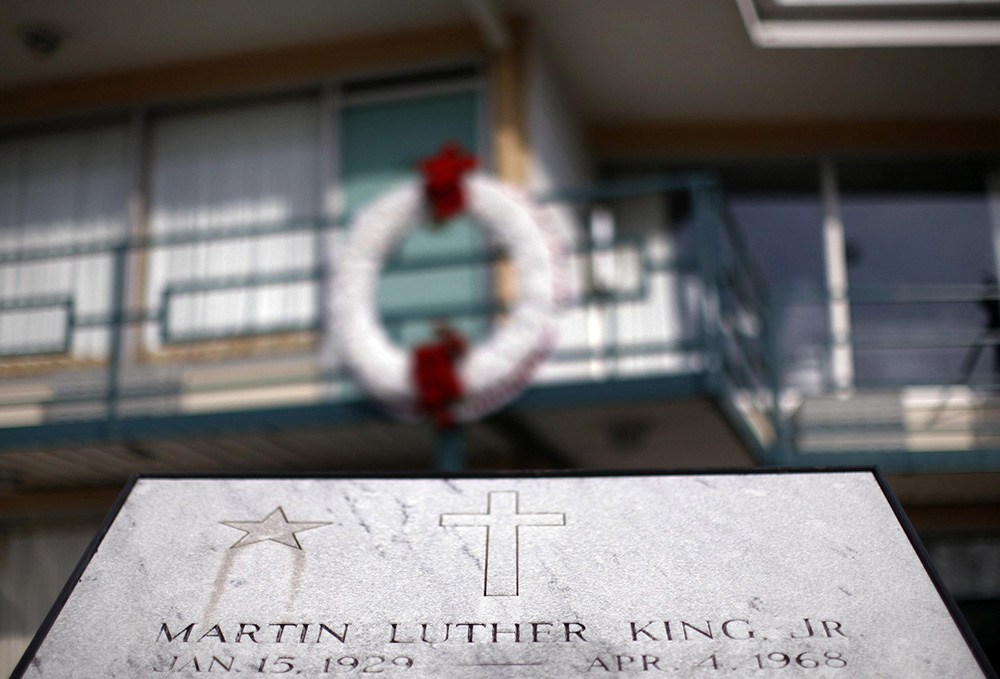 A wreath hangs on the balcony and a commemorative plaque stands below it April 3, 2008, at the former Lorraine Motel, now part of the National Civil Rights Museum, where the Rev. Martin Luther King Jr. was assassinated April 4, 1968, in Memphis, Tennessee. (CNS/OSV News/Reuters/Mike Segar)

Almost everyone familiar with the life and death of the Rev. Martin Luther King Jr. knows the value that the civil rights leader put on living a long life. The phrase "longevity has its place" is now enshrined within his last speech, given the night before King's murder in Memphis, Tennessee, on April 4, 1968.

That day, Franciscan Srs. Jane Marie Klein and Anna Marie Hofmeyer were both in Memphis ministering at St. Joseph Catholic Hospital. St. Joseph's was the only Catholic health care facility in Memphis in 1968, and King — just 39 years old — was brought there after an assassin shot him. 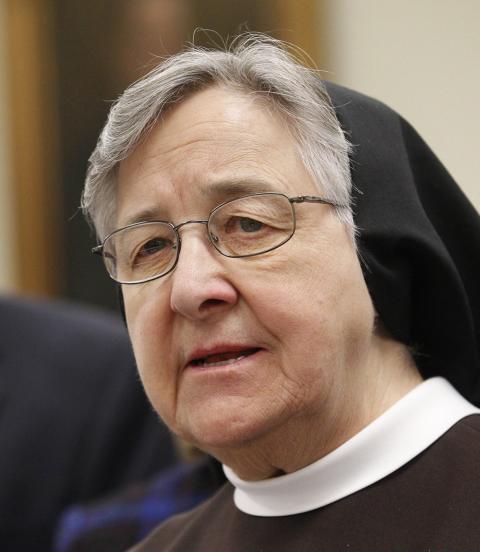 "We were not allowed to go into the ER when [the doctors] were working on him, but after Dr. King was pronounced dead, we were admitted to it, and the authorities gave us the time we needed to pray with him," Klein told OSV News.

Jan. 15 would have been King's 94th birthday. King only led the civil rights movement for 13 years.

"I have looked back on that sad night often over the years because it is not something that you forget, and many people — including African Americans — are so surprised and amazed and they just can't believe it," Klein said.

Looking back on King's life, Klein told OSV News, "I see him as such a wonderful, wonderful man of peace, because he fit so well into our Franciscan beliefs. And it was his God that gave him the strength to do what he did."

She said King was "such a man of faith, one whose whole focus was on peace and people."

"We will never know why he requested to go to a Catholic hospital should the worst happen, and it really doesn't matter," Klein said. "The important thing is that we pray for him and remember him on his birthday and the anniversary of his [April 4] death because his memory still resonates with us." 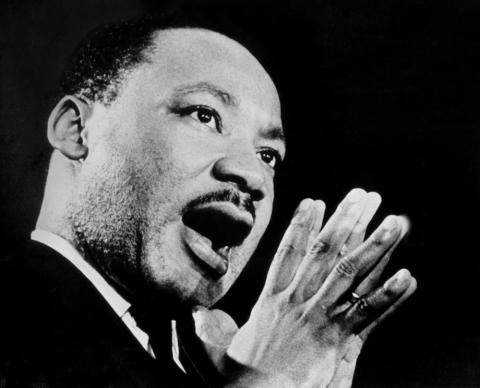 The sisters did not meet with King's widow, Coretta Scott King, immediately following his death because she had canceled her trip to Memphis upon hearing that he had been killed.

"She returned to Atlanta to care for their children knowing that she could not be of any help to him, but Sister Anna Marie and myself did meet her in 1999," Klein said. "She was the keynote speaker at our Catholic Health Care Assembly. She met with us for just 30 minutes, but I am so grateful for that time and our one meeting."

Now 84, Klein continues her lifelong work with Catholic health care and Franciscan Alliance Inc. She refuses to speculate on what King's career might have been had he lived.

"I do believe however, that he would be extremely disappointed with the state of our country today and the total lack of respect for anyone who disagrees with anyone else that is plaguing it," Klein said.

"It is important to remember that we are all made in the image of God for the greater glory of God," she said, "even if that other person agrees or disagrees with us."