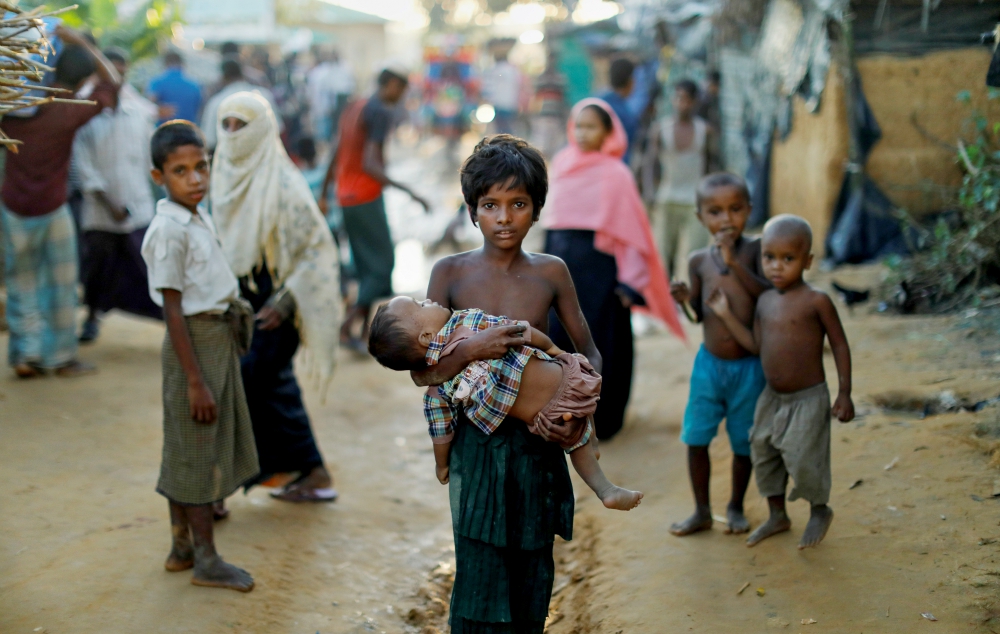 A young Rohingya refugee carries a child Oct. 10 while walking in a camp near Cox's Bazar, Bangladesh. (CNS/Reuters/Damir Sagolj)

Muslims and Catholics from Myanmar living in the United States would like Pope Francis to reiterate the message of "compassion for humanity" when the pope visits their country.

Sheraz Islam, a Rohingya refugee, said the pope is a "holy man and a God-fearing person" and he has "great compassion" for Myanmar's Rohingya people because of their plight. Regardless of what ethnicity they are, what religion they belong to, or whether they are men or women, "they are a part of humanity," said Sheraz, who is convinced that is the reason why the pope calls the Rohingya his "brothers and sisters."

Sheraz was born in western Myanmar's Rakhine state, home to the Rohingya Muslim people since the eighth century. However, Rohingya are not only denied citizenship, but also freedom of movement and education. Their jobs are also restricted. They have faced military crackdowns since the 1970s.

In the most recent attacks, Rohingya survivors recounted stories of sexual assaults, murder and arson of homes in villages in Rakhine state.

Sheraz resettled in the United States in 2012. He said the oppression against the Rohingya people by the Myanmar military was not as bad then.

His parents and relatives decided to flee to Bangladesh because of the recent military crackdown. During the four- to five-day journey from Myanmar to Bangladesh, "my father died along the way in early September. It was a difficult journey and he probably died of exhaustion," Sheraz said. 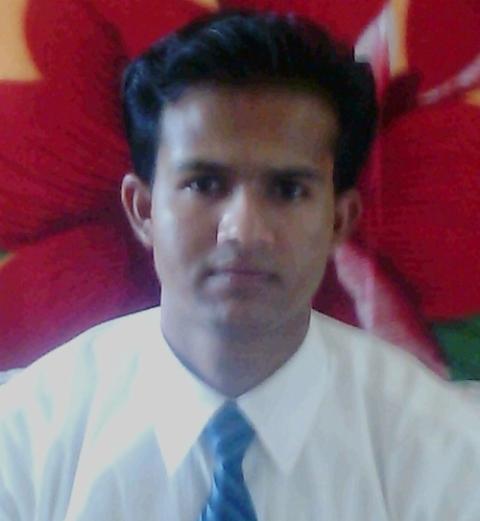 He hopes that during Francis' visit, the pope will give the message that Rohingya are a part of humanity, no matter their religion, and that they are suffering from persecution.

The oppression Sheraz referred to was a response by the Myanmar military and Rakhine militants toward Rohingya militants who attacked security checkpoints in late August. The crackdown — called "ethnic cleansing" by the U.N.'s high commissioner for human rights — forced more than 600,000 Rohingya refugees to flee into neighboring Bangladesh. The latest arrivals were added to the more than 300,000 Rohingya who had fled attacks in past years.

At the Islamic Community Center of Tempe, Arizona, Dilshad Myint and his elderly parents, Myo and Terry Myint, said the papal visit was a good sign. Myo and his family migrated to the United States from Myanmar in the late 1980s.

The pope "represents Christ" and he has a great "feel" of compassion for other human beings, Myo said.

The Rohingya refugees were prominent in the Myints' conversation.

"It shouldn't make any different of race, religion or nationality. All religions teach no discrimination," said Dilshad, who was born in Yangon, Myanmar, and went to a Catholic elementary school. He said that in Buddhism the teaching stresses mercy and compassion for all "sentient beings on earth." It is incredible to see that this group of people are persecuted because they believe in a different religion, he added.

Fr. Shiareh Marino, a Karenni priest in Phoenix, and John Bosco (Tu Aung), a Kachin, want to be in Myanmar during the papal visit.

"If you want to see a pope, you have to go Rome. But here it is the pope who will come to our country," said Bosco, who fled Myanmar in 2013. "I lost that opportunity, but my mother and relatives are in Yangon so they will be able to see him."

Both Marino and Bosco said it is a "great honor and a privilege" that the pope is visiting their country. They said they "would love to experience" the "historical event" of a large crowd of Catholics coming together and feel a sense of pride.

Bosco, 42, who is a part-time student at Glendale Community College and a draft man at a metal fabrication company in Phoenix, said he was surprised by the pope's plans to visit the Buddhist-majority Myanmar and the Muslim-majority Bangladesh.

"I do not know why he wants to go to visit these countries," Bosco said. "But I believe there is a reason. The world has problems with human rights abuses. I don't believe the pope goes there for political reasons. He is a spiritual representative and his purpose must be spiritual for both Burmese and Bangladesh people." 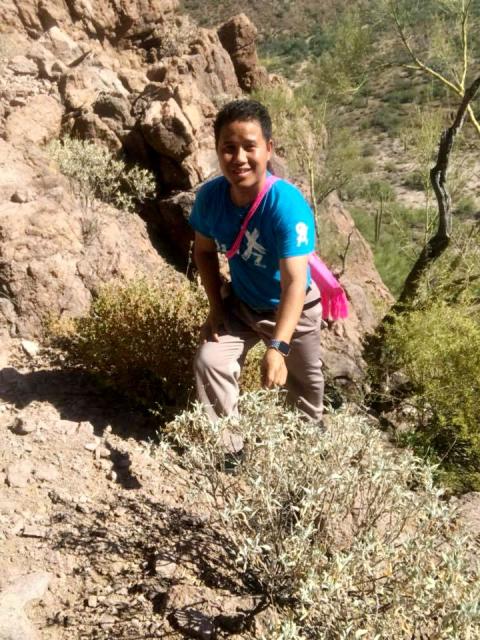 The pope is also "a shepherd of Catholics, so he will visit the Catholic faithful, but the pope tries to touch everyone, not only Catholics," he added.

Myanmar, also known as Burma, has about 52 million people, about 675,000 of whom are Catholics. Buddhists make up the largest number of people with 88 percent, Christians 6.2 percent and Muslims 4.3 percent.

Bangladesh has 163 million, with Catholics accounting for 380,826. Muslims make up over 90 percent, Hindus 8.5 percent and Buddhists 0.6 percent.

"In a bigger picture, we must ask why the pope goes to visit a small and poor country like Myanmar," Marino said. He said many of his compatriot priest friends do not think it is a good idea for the pope to visit at this time, mainly due to "security reasons."

The priest, who provides pastoral care for Karenni Catholic community in Phoenix, explained that the pope enters into a religiously and politically charged atmosphere when he, as the Catholic Church leader, calls Rohingya people his "brothers and sisters." This goes against the call of nationalist Buddhists, including monks, to crackdown on the Rohingya people, Marino says.

Oo Reh Sor, chairman of the Karenni-American Catholic Association, said some political leaders and nationalist Buddhists in the country might misunderstand that the pope is going there to solve the problem of the Rohingya people.

"You would hope that's not the reason for his visit," he said. "His visit will help the government people understand the Catholic Church in the country."

Oo hopes that the pope, who is meeting with Buddhist, Catholic and government leaders, will help create and pursue a dialogue for harmony among the leaders. 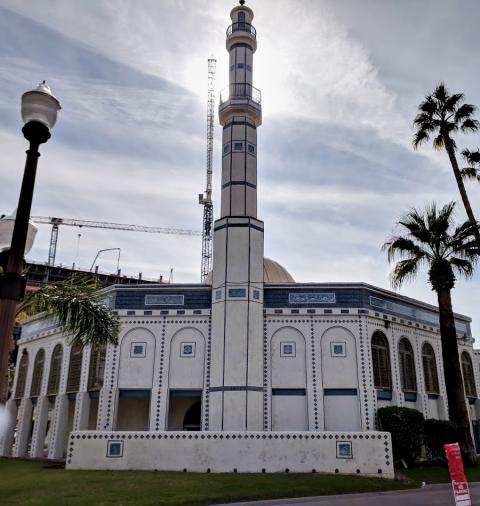 However, for Imam Ahmad Al-Akoum, interfaith and outreach director of the Islamic Community Center of Tempe, the pope's visit speaks volumes, especially in Myanmar, where there is a "huge humanitarian crisis."

The pope's visit to Myanmar "affirms his commitment to peace and his commitment to the protection of the innocent and the downtrodden, which is always appreciated and always looked upon by all the Muslim communities as a positive gesture from the pope," said Al-Akoum. "We pray that it will have some effects."

Al-Akoum, who is originally from Lebanon, hopes that the pope will speak "forcefully" about the situation.

For Sheraz, the calling to crackdown the Rohingya by nationalist Buddhists and some monks was a little more complicated than what appeared in the news. The nationalists would not be able to protest and demand the attacks against the Rohingya without the support of the military, he said.

In the end, the way toward a peaceful solution is to implement the rule of law, giving full rights to Rohingya as citizens like other peoples in Myanmar, said Sheraz, who is also a peace activist for the Rohingya community in Phoenix.

"I am a poor man," said Sheraz, who works in an international grocery store. "I go to work and I try to send money to my family in a refugee camp in Bangladesh."

He is involved with the international organization Helping Hand for Relief and Development, which is organizing a drive for food, clothing and medical kits for Rohingya families in Bangladesh. 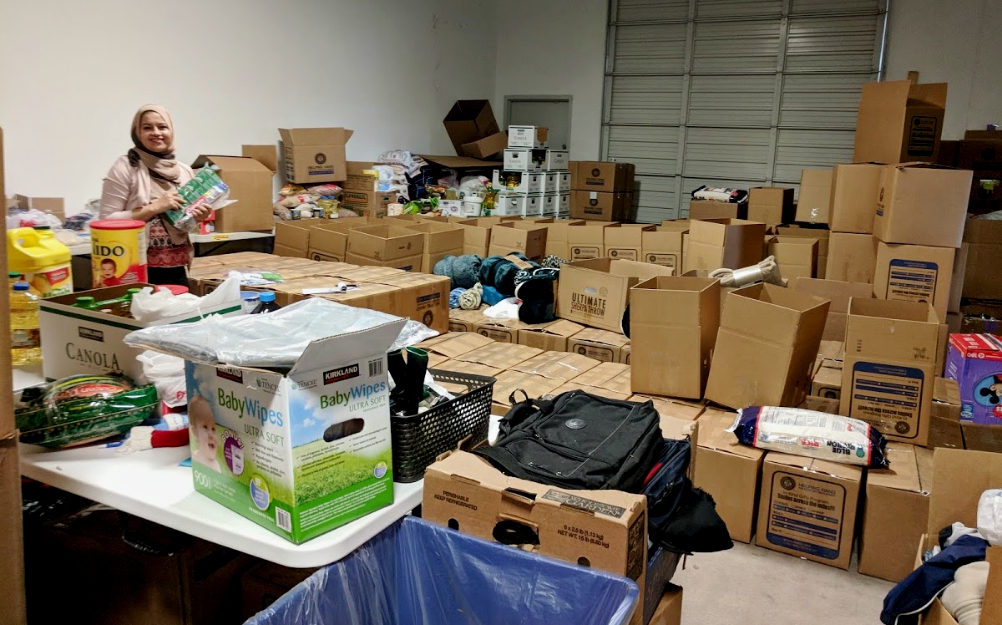 Gul, an immigrant from New Delhi, said the number of Rohingya refugees is "overwhelming." She added that the logistics to assist them is challenging, yet her organization has managed to establish relief coordination with the Bangladesh government.

Her Arizona office is scheduled to send donation containers to Bangladesh in late November. "Our goal is to go to mosques and churches to appeal for help for these people," she said.