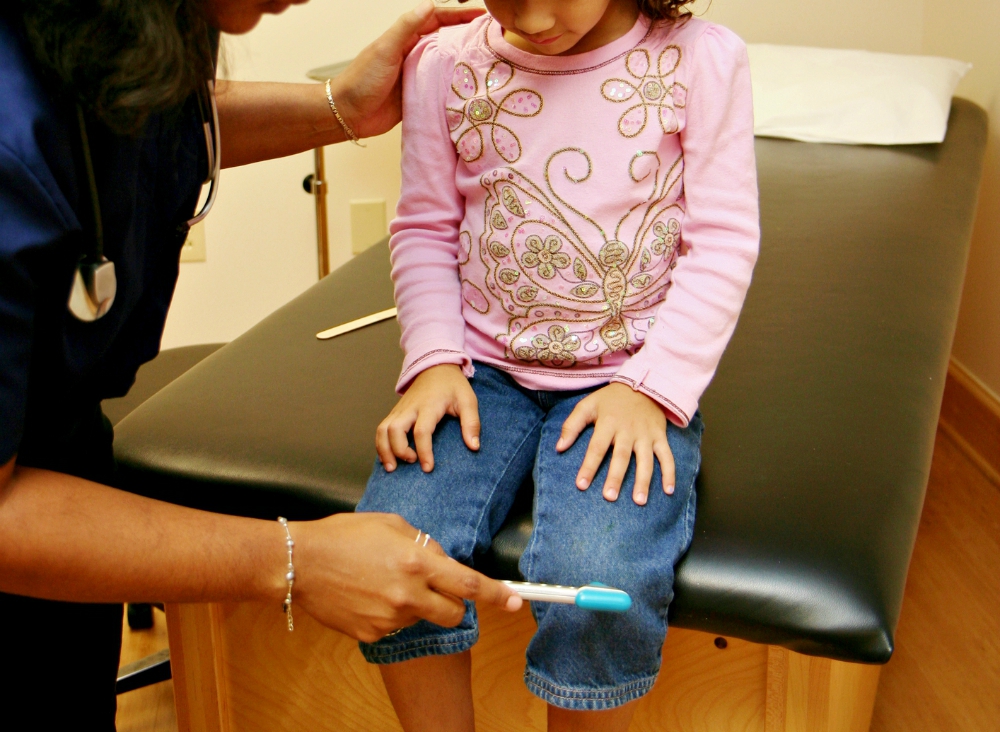 As many as 2 million U.S. citizen children could drop health coverage through Medicaid or the Children's Health Insurance Program (CHIP), despite remaining eligible, if proposed changes to immigration policy go into effect.

"When kids don't have access to health care they are not getting the preventative services that they need. When they are sick they're not going to the doctor, so you have an increase of emergency room visits," said Laura Peralta-Schulte, senior government relations advocate for Network, the Catholic social justice lobby. "There's just a myriad of problems presented when people can't access health."

Since the first draft was leaked in February of new Department of Homeland Security guidelines to determine if immigrants in the U.S. seeking permanent residence could become a "public charge," advocates have worried that the changes could lead immigrants and their family members to drop out of public benefits programs in order to increase their chances of gaining a green card.

"We're asking parents to make a choice between food, health care, and maybe being able to stay here permanently in this country, and this goes against everything our faith tradition teaches, any faith tradition," said Patrick Carolan, executive director of the Franciscan Action Network.

An issue brief from the Henry J. Kaiser Family Foundation strives to predict exactly how extreme this result will be for Medicaid and CHIP disenrollment by using data on the results of past welfare reform.

"The shocking thing when you look at some of the work that Kaiser has done is just the sheer volume of folks that could be impacted by the changes in public charge," said Peralta-Schulte. "It sounds like a really wonky issue in some obscure immigration policy but the fact is that according to their reports, 20 million, or one in four kids has at least one immigrant parent."

The brief predicts that 15-35 percent of Medicaid- or CHIP-enrolled citizen children with a noncitizen parent could drop coverage, meaning 875,000 to 2 million would be affected. About 75 percent of those who drop coverage would become uninsured while the other 25 percent would find an alternate source of insurance. The uninsured rate for all U.S. children would rise from 5 percent to up to 7 percent.

The report's authors also note that an even greater effect is possible. The welfare reform on which they base their predictions did not actually affect immigration status, yet still reduced enrollment rates because of fear and misinformation. The proposed changes do affect immigration status for certain groups, and could even frighten others who don't understand the policy into dropping coverage.

Under U.S. immigration law, some categories of migrants, such as those immigrating through "family-based" petitions, are required to show that they will not become a "public charge." Current policy defines a public charge as someone likely to be "primarily dependent on the government," and it specifically excludes noncash benefits, special-purpose cash benefits, and benefits received by other family members from consideration.

The new proposed guidelines would change the current policy. Noncash assistance received by immigrants or their dependents — even if those dependents are U.S. citizens — for more than six months in the past two years would become a "heavily weighted" negative factor.

The policy would not only meet the Trump administration's stated goal of curbing legal immigration, said Peralta-Schulte, but would also meet its goal of reducing the use of public benefits, "really the kind of programs that keep people healthy and alive."

Benefits that would no longer be excluded from consideration include:

A few benefits, such as emergency and disaster relief, public schooling, free and reduced-price school lunches, and assistance for immunizations would still not count against immigrants under the drafted guidelines.

The guidelines wouldn't apply to those who are already exempt from the "public charge" test, such as refugees and asylum seekers, or permanent residents seeking citizenship. People applying for visas from outside the country are subject to different public charge guidelines.

The guidelines are currently being reviewed by the Office of Management and Budget. After they are published, there will be a period of public comments before they go into effect. Groups such as the Catholic Legal Immigration Network (CLINIC) are already encouraging other agencies to submit comments when the time comes.

"I'm going to knock on wood because we could see it tomorrow, but the fact that we have not seen a draft yet I think speaks to some of the good work that some of our allies are doing to really raise concerns with [the Office of Management and Budget] prior to the rule being proposed," Peralta-Schulte said.

Faith-based coalitions have been working behind the scenes to talk with legislators and share stories of people who could be affected by the proposed policy change, Carolan said. "It's heart-wrenching to read those stories. I don't understand how anyone could read those stories and not care, and not want to do something."

"We really have to start to think about what effect we're having on our society ... when we stop caring for those that need it the most, the poor and the marginalized, when we start going against the teachings of Jesus," he added.