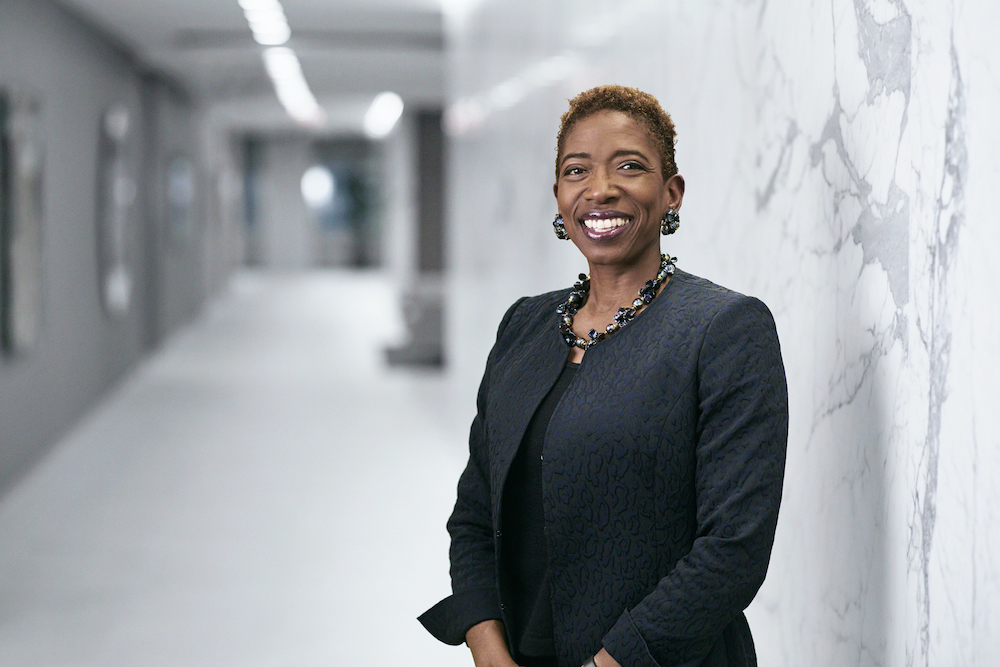 Carla Harris, a celebrated gospel singer and a leading U.S. financial executive, will receive the University of Notre Dame's 2021 Laetare Medal, one of the most prestigious prizes in the American Catholic Church.

Harris, vice chairman of wealth management and senior client adviser at Morgan Stanley, was recently named to Barron's list of the 100 Most Influential Women in U.S. Finance and Crain's Notable Black Leaders and Executives List 2021.

The award will be presented to Harris during the May 23 commencement exercises, which are currently scheduled to take place on campus with limited attendees based on COVID-19 protocols.

"Throughout her exceptional career, Carla Harris has exemplified the highest ideals of American enterprise, championed the principle that opportunity should never be denied on the basis of gender or race and generously mentored countless rising leaders," Notre Dame President and Holy Cross Fr. John Jenkins said in a statement.

"Enriched by her gifts as a singer and public speaker, her work in the competitive world of banking is firmly rooted in her commitment to service, developing the next generation of leaders and her Catholic faith," he added.

According to a press release, Harris's career began at a time when she was one of only a handful of women or Black individuals on the ascent in the financial profession. From 2005 to 2014, she was the chair of the Morgan Stanley Foundation. In 2013, President Barack Obama appointed Harris to chair the National Women's Business Council, a non-partisan federal government council providing independent counsel to the president, Congress and the U.S. Small Business Administration. Harris also serves on the boards for Harvard University and Walmart.

Harris, a native of Texas who was raised in Florida, now lives in New York, where she is an active member at St. Charles Borromeo Church in Harlem. In addition to her financial career, she has released multiple albums and produced sold out concerts at Carnegie Hall and the Apollo Theater.

The Laetare Medal is announced on Laetare Sunday, the fourth Sunday in Lent. The medal bears the Latin inscription, "Magna est veritas et praevalebit" ("Truth is mighty, and it shall prevail").

The award was established by the University of Notre Dame in 1883 as an annual honor for Catholics "whose genius has ennobled the arts and sciences, illustrated the ideals of the Church itage of humanity."

Read this next: Will Biden be invited to Notre Dame's commencement?