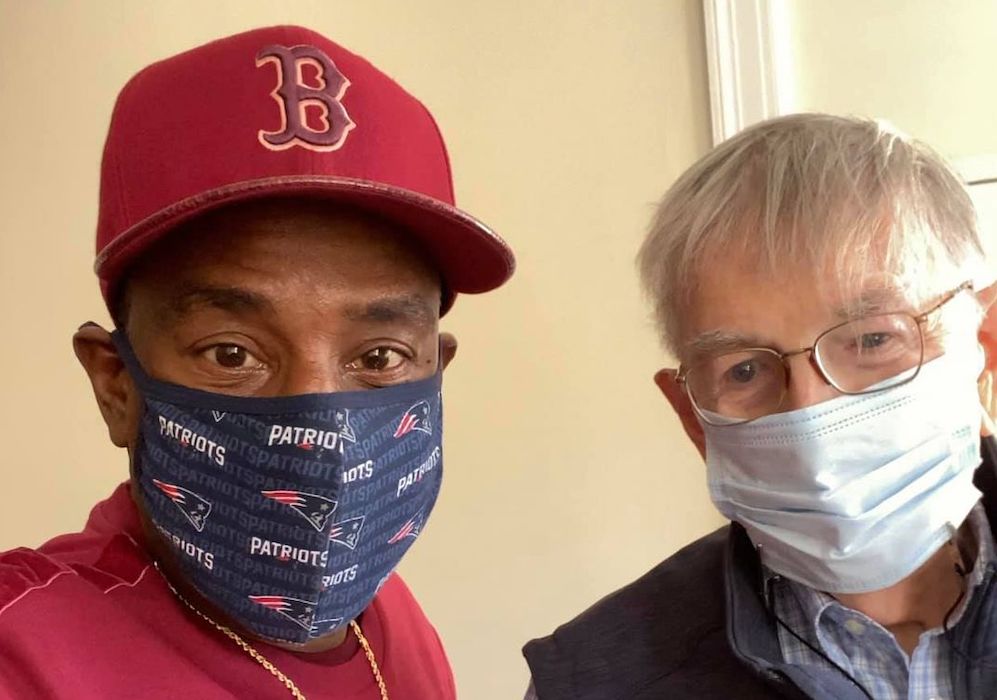 Long before he died Dec. 18, a month after his 90th birthday, Jesuit Fr. Bill Barry had taken care of preparations for the funeral that was celebrated on Zoom four days later. He specified the readings and listed instructions for the homilist he had chosen 30 years before, fellow Jesuit Fr. Bill Russell: Be brief. Don't canonize me. Make it about God, not me. And for God's sake, make them laugh.

But there was one dimension of the service that Barry had no way to arrange: the chat room comments from many of the 402 people who showed up online for the service at the Jesuits' Campion Center in Weston, Massachusetts. 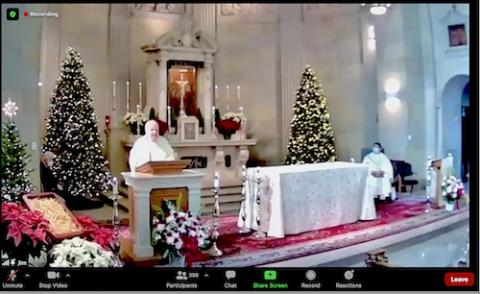 From Ireland, Lithuania, Rwanda, Hong Kong and across the U.S., a common thread emerged in the comments: Friendship. That was the hallmark of Barry's scholarship and spirituality — his conviction that God not only welcomes but seeks out our friendship. Among more than a dozen of his books: A Friendship Like No Other: Experiencing God's Amazing Embrace. (His publisher, Loyola Press, noted Barry's passing by making a digital version of that book available for free download through Jan. 4, 2021.)

The friendship idea emerged as a theme so persistent in his work that, as Jesuit Fr. James Martin noted in America, "his friends sometimes teased Bill that he wrote the same book over and over."

Martin described Barry as "a towering figure in Catholic spiritual circles, a pioneer in the practice of spiritual direction and a revered spiritual master." He pointed out that each of Barry's books approached the topic of our personal relationship with God from a different angle, with real life stories to flesh them out.

Darrell Jones, the man at the center of one of the most compelling stories in Barry's life, was among the very few people invited to take part, in person, in his funeral Mass.

It was three years ago this week that a judge ruled that Jones had been wrongly convicted of murder and ordered him released after serving 32 years in prison. In a new trial 18 months later, a jury deliberated just two hours before finding him not guilty. 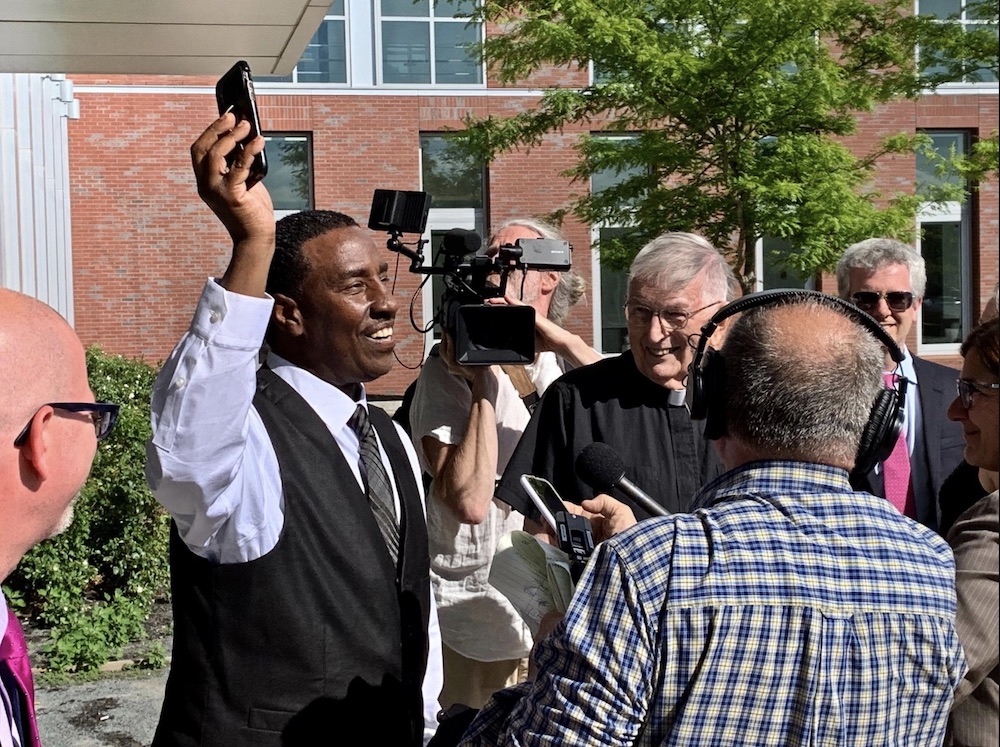 Jesuit Fr. Bill Barry, center, in clerical collar, joins Darrell Jones, left, holding up phone, in celebrations after Jones was found not guilty of murder on June 12, 2019, after being wrongfully kept behind bars for more than 30 years. (NCR photo/Bill Mitchell)

At the suggestion of a prison chaplain, Barry had befriended Jones a decade before and introduced him to one friend of a friend after another, until Jones had amassed a formidable collection of new friends of his own, each of them eager to take up his cause.

Those friends showed up for his court hearings and helped him raise money for basic necessities when he was released with only the clothes on his back and no money to restart his life.

(In the interest of journalistic disclosure, I should report that my wife, Carol, and I were among those friends and hosted a fund-raiser to help him get car insurance.)

In a phone conversation after Tuesday's funeral, Jones said of his relationship with Barry, whom he came to call "Dad": "We were everything this crazy world doesn't understand about race and everything else: An older white man and a younger me, the priest and the prisoner. He came and got me!"

Apart from his grandmother — "I knew she loved me" — Jones said he could point to few people in his life who loved him. "But Dad loved me, and I never had to worry how long that was going to last."

Over the course of Jones' incarceration, his grandmother, brother and son all died. He was not permitted to attend any of their funerals.

"But I was there today to send Dad home," Jones told me after the funeral. "I welcomed him home."

A version of this story appeared in the Jan 8-21, 2021 print issue under the headline: Jesuit Fr. Bill Barry and a friendship like no other.