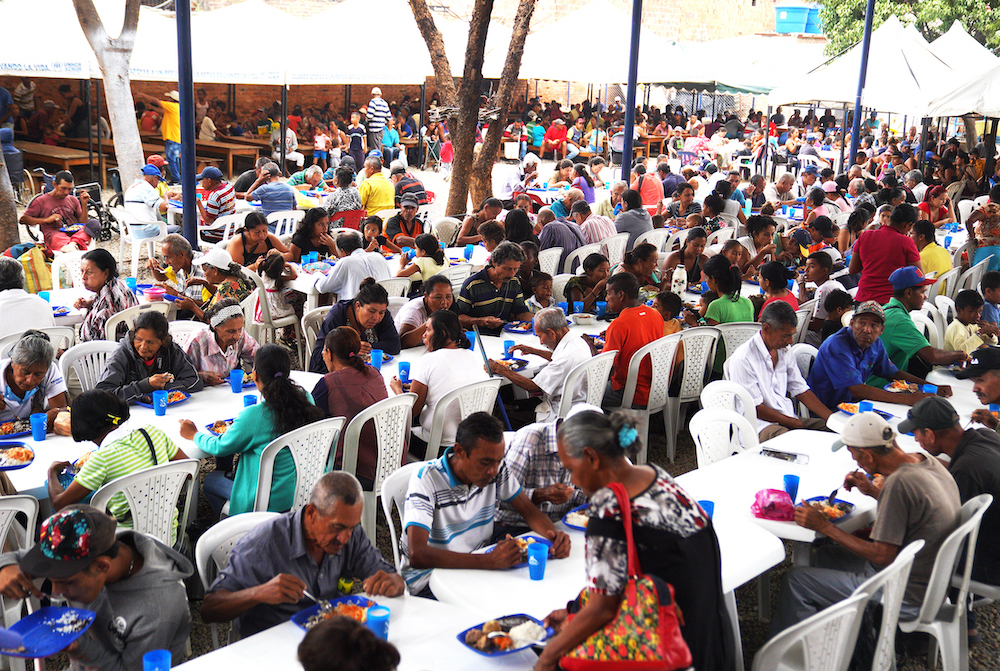 There are more than 70 million refugees worldwide. A new book serves as a reminder that each one has a voice and a story.

Dying to Live, by Danielle Vella, is a collection of those stories, weaving together the perspectives of refugees from around the world as they speak of their escapes from dangerous home countries, harrowing journeys to safety, and hopes and fears for the future.

The book also emphasizes the ways in which those in power — including the governments of countries refugees dream of reaching — exacerbate the suffering, violence and death that threaten to overwhelm people who are "dying to live."

Vella, who started her career as a journalist, has worked for Jesuit Refugee Service (JRS) for 20 years and is currently the organization's director of reconciliation and social cohesion. JRS co-published her book. 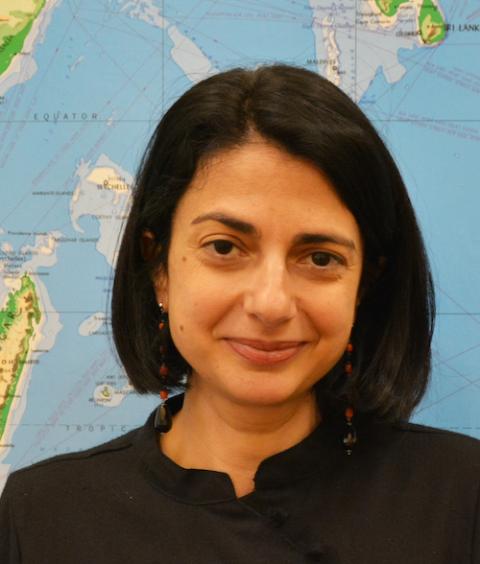 A native of the island of Malta, Vella told NCR her interest in refugees stems in part from her experience in her home country, where forced migrants often wash up on the shores as they attempt to travel by boat from Libya to mainland Europe.

In Dying to Live, Vella writes that she also sees echoes of her own family history in refugees' experience; she grew up hearing her mother tell of the bombing and food shortages her family faced during World War II, including a story of a servant that risked imprisonment to bring them extra food from a bread line.

Salma, a Syrian refugee, tells a similar story in Dying to Live. She resorted to wearing disguises to get an extra bread ration for her large family.

"It made me see quite forcibly that we're not talking about something that happens to people 'out there,' " Vella said. "It's part of our own history as well in our own families."

Vella considered practical issues when selecting her interview sites, such as whether there was a local branch of JRS or another organization working with refugees that could help her gain access. But she also intentionally chose sites that traced refugees' journeys.

Vella said she visited countries such as Lebanon and Ethiopia that neighbor countries in crisis and are often the first destination for people fleeing. She traveled to Serbia and Italy, countries on the border of the European Union, because, she said, they "bear the 'burden' (and I use that word in quotes) of refugees who are trying to 'breach the fortress' " and enter Europe.

She went to France because, along with Germany, it is one of the most popular migrant destinations in Europe. 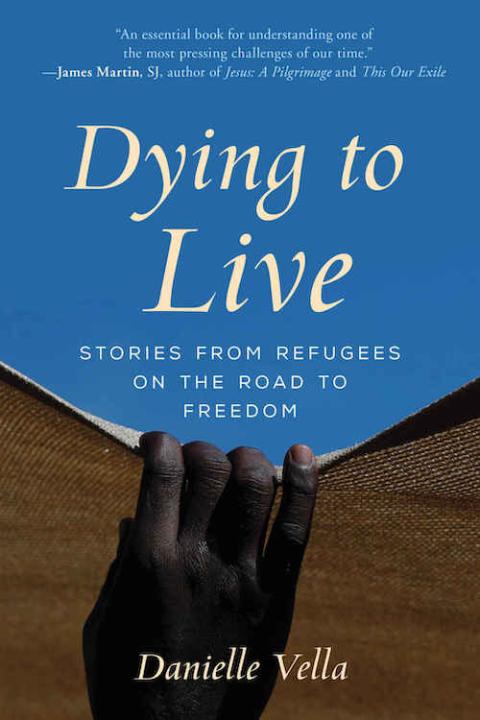 Although most of her book focused on Africa, Europe and the Middle East, Vella also made a stop in San Diego, California, because she said many of the millions of refugees worldwide see U.S. resettlement as a "golden opportunity," one that fewer than 1% ever achieve.

Vella notes at the beginning of the book that rather than pick one of the many legal definitions, she defines refugee broadly as a person fleeing violence, persecution, natural disasters or "erroneous economic policy."

The refugees she quotes in her book have many reasons for fleeing, but all faced extreme danger including enslavement, torture, bombing, death threats, assassination attempts and rape.

Some were targeted because they followed their consciences, establishing a school for Christian and Muslim children in Pakistan, promoting the Pentecostal faith in Eritrea or alerting police to a Taliban-planted bomb in Afghanistan.

Others were simply victimized or exploited because of their background or others' greed and cruelty: tricked with drugged candy and forced into slavery, violently coerced into becoming child soldiers or caught in the pathway of bombs.

The book makes it clear that refugees' struggles don't end when they decide to leave their home countries.

Some of the most horrifying stories in Dying to Live come from Libya, where multiple migrants passing through the country said they were kidnapped, beaten and tortured to extract money from their families. An Eritrean woman saw her friends murdered by Islamic state group militants because they were Christian; she believes her pregnancy saved her life.

The country is so dangerous that people rush to escape in flimsy boats, even though the odds of surviving the journey to Italy or Malta are low.

"It seems to me that the boats are not a means of transport but a destination in themselves," Eritrean refugee Abdel Mohammed says in the book:

Despite the horrific situation in the country, European nations increasingly pay Libya, along with other countries like Morocco and Turkey, to take responsibility for refugees, Vella writes.

She also writes that some European governments have halted rescue operations and criminalized humanitarian groups that save refugees from the sea. Others put up barriers and post guards who beat prospective asylum seekers and turn them away — something that happened to multiple refugees Vella interviewed.

Vella said her decision to call out government policies that put people in desperate positions came naturally given JRS's focus on advocacy and justice.

"I think these things have to be said, because these policies have a very direct impact on the lives of refugees," Vella said, adding that she was struck by how "from the moment they leave their country" refugees' very lives are "at the mercy of the decisions and actions of others."

The U.S doesn't escape criticism in Dying to Live. In a section titled "A Richly Deserved F," Vella describes how the country increased already-strict refugee vetting and reduced the cap on refugees to an unprecedented low of 30,000 in 2019, earning an F in refugee policy from Refugees International. (The cap for 2020 is 18,000.)

Although refugees Vella spoke to in the U.S. have stable lives compared to many others she interviewed, current policies have prevented some from reuniting with family members. Many also face heavy workloads, loneliness and disillusionment due to prejudice they experience.

Continuing problems are a common thread across many stories in the book, though there are also moments of joy when families are reunited or refugees find safety, get well-paying jobs or even earn advanced degrees.

Some refugees end up in countries that are welcoming but have their resources stretched thin. Some end up in legal limbo or can't find work that provides for their family. Others suffer from mental health issues caused by past trauma. 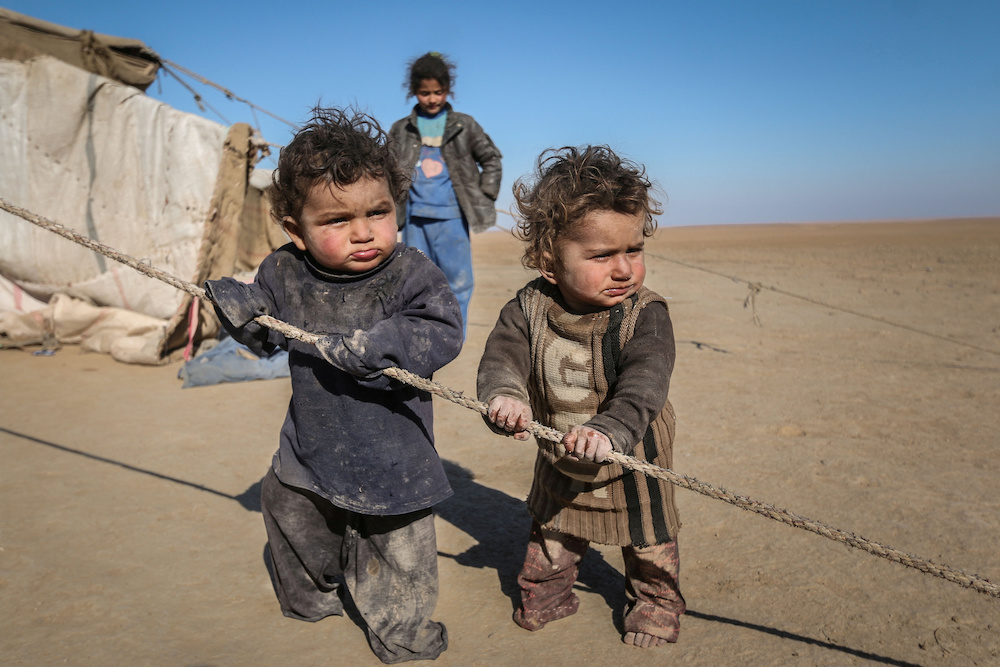 Vella interviewed one young man, Qammar, who was despondent because he was living under a bridge in Serbia with no way to raise funds for the next step of his journey. "I have no dream," he told her.

Those stories were difficult to hear, Vella said, but she has learned over her years of work with refugees how to handle her own emotions, take time for herself and "surrender to God" those things that she can't change.

One thing that helps her feel less powerless is that many refugees tell her they feel better after sharing their story with someone "who listens sympathetically and who validates that experience," Vella said. "In that moment, I have accompanied them, and that makes me feel a little bit better."

Vella also said that she tried to highlight throughout the book the power of a single gesture from "Good Samaritan" figures who help the refugees in Dying to Live.

She hopes her readers will think about how they can support refugees in their own countries, including offering practical assistance and functioning as a "cultural mediator" for those getting used to life in a new place.

Refugees especially want people to go beyond stereotypes and listen to their stories of why they left their home countries, Vella said.

She said she tried to use refugees' own words as much as possible in Dying to Live because she knows refugees often have the "unenviable experience" of hearing politicians and the media tell their story for them, sometimes distorting it.

"The fact that they can say their own story to set the record straight ... can be a really liberating experience for refugees," Vella said. "This is why I wanted their words."

[Maria Benevento is a graduate student at the Missouri School of Journalism at the University of Missouri, Columbia, and covers the Missouri state legislature. She is a former NCR Bertelsen intern.]