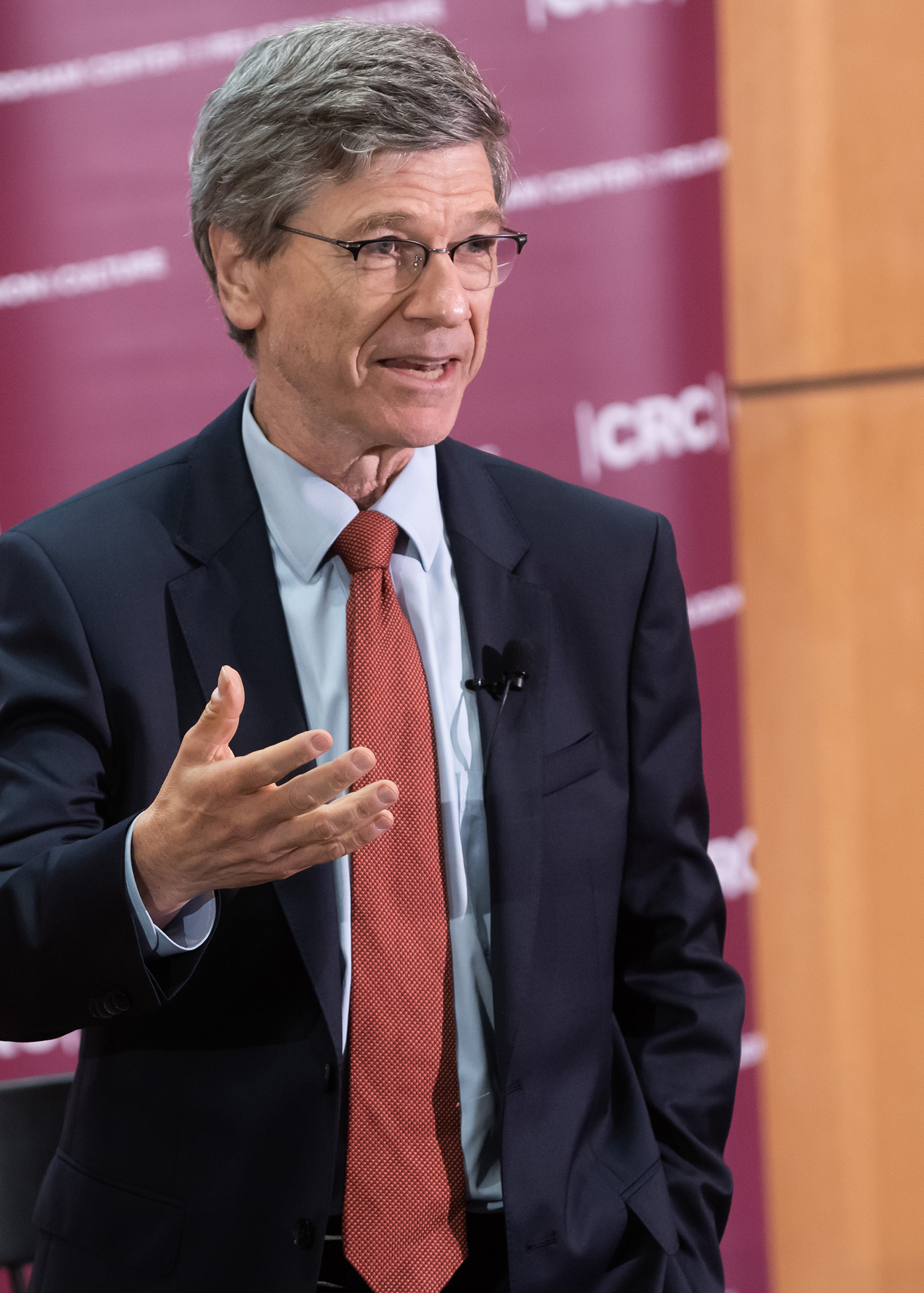 Jeffrey D. Sachs, an economist and professor of Sustainable Development at Columbia University, discusses the role of faith in the modern economy during a Sept. 5 event at Fordham University in New York. (CNS photo/courtesy Leo Sorel) 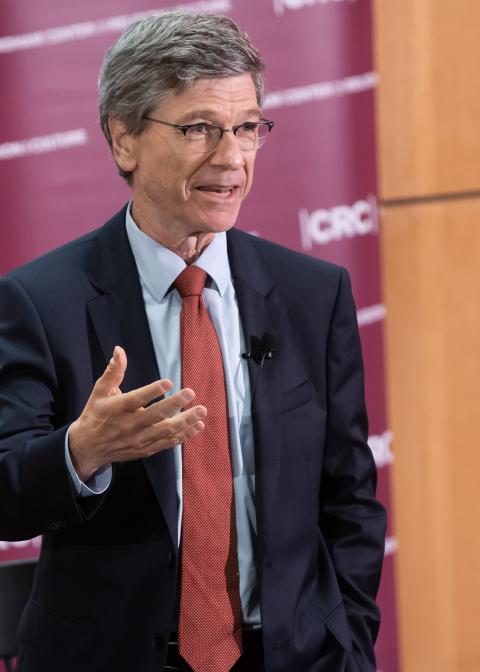 Jeffrey D. Sachs, an economist and professor of Sustainable Development at Columbia University, discusses the role of faith in the modern economy during a Sept. 5 event at Fordham University in New York. (CNS photo/courtesy Leo Sorel)

As part of the celebration of his 64th birthday Nov. 5, Jeffrey Sachs received a card from his staff at the Center for Sustainable Development at Columbia University here.

The card featured the smiling visage of Pope Francis with the Vatican in the background. For the 2015 winner of the Blue Planet Prize for his work in sustainable development, a Jewish guy from Detroit described by Time Magazine as "the world's best known economist," the card signified more than office birthday jocularity.

Sachs is an unabashed Francis fan. The pope, he said in a Nov. 7 interview with NCR, offers the most compelling leadership voice on the planet, warning about economic and environmental degradation, a vision needed in a world threatened with extinction. Sachs regularly visits the Vatican, as often as twice a month, to consult with the Pontifical Academy of Science and the Pontifical Academy of Social Sciences.

"I find the church's social teachings to be absolutely vital and compelling," he said from his office, looking out over skyscraper monuments to global capitalism toward downtown Manhattan.

Sach's embrace and knowledge of church social teaching is perhaps not unusual for one raised in the social justice Jewish tradition. (His father, Theodore Sachs, was a Detroit labor attorney, and civil rights leaders were regular visitors to the family's home located just outside the city.)

But it is particularly different for an economist, the dismal science known more for its bottom-line judgements than an ethical compass.

Catholic social teaching, dating from the Gospels, the early church and papal social encyclicals such as 1891's Rerum Novarum from Leo XIII and 2015's Laudato Si' from Pope Francis "puts the question of economics into a moral framework," he said.

After graduating from Harvard University, Sachs made his mark as an advisor to debt-ridden, poorer countries trying to emerge out of economic deprivation, including Latin America, Africa and, in 1991, Poland, just coming out of the isolation of the Iron Curtain. At that time, he met frequently with Pope John Paul II, who Sachs advised on the need for rich countries to forgive the debts of poor nations. That effort got an impetus in the Jubilee Year 2000 when Sachs joined with Irish pop star Bono and John Paul to persuade wealthy countries to accept debt forgiveness.

The church's social justice teaching provides an ethical way to look at the world, said Sachs. Too often, American economic study is based upon British liberalism, a tradition whose ethical dimension can be summarized, he said, in three words: "Leave me alone."

The work of philosophers such as Adam Smith and David Hume were based upon a post-Reformation worldview. It was a Protestant ethic, supportive of unfettered capitalism, noted Sachs. It was different than the Catholic worldview, with its attention to the common good and the restraints it places on the use of private property. For Sachs, the wisdom of Catholic social teaching incorporates the best of the Western tradition, from Aristotle, through early church fathers, such as St. Thomas Aquinas.

That tradition includes Jesus, who Sachs cites as a wise religious and philosophical figure. He notes Matthew 25 and its call to share the world's goods, as well as basic psychological formulations such as taking the beam of wood out of your own eye before worrying about the splinter in someone else's.

"My experience is that the church has gotten it right," said Sachs, noting that Catholic social teaching recognizes the value of wealth generated by a market economy combined with the restraints needed to ensure that the environment and the poor are taken care of.

Sachs can rattle off the papal social encyclicals and how each one had an impact. For example, Pope John XXIII's Pacem in Terris, issued soon after the Cuban Missile Crisis, encouraged President John F. Kennedy and Soviet Premier Nikita Khrushchev to move the world away from the nuclear brink with the signing of a test-ban treaty in 1963.

Sachs found that Catholic social teaching reinforced much of his early economic studies at Harvard. In particular, he studied John Maynard Keynes, the British economist who warned about using debt payments as a weapon against Germany after World War I, which many historians see as a major cause of the subsequent world conflict in the 1940s.

Sachs said he was inspired to study economics being raised near Detroit, a city wracked by white flight and the 1967 riots. Growing up in the friendly and comfortable suburb of Oak Park, with a good public school system, caused him to reflect upon what was happening just a few miles away across Eight Mile Road, the city's divide between wealth and poverty.

Immersed in his studies of economics and ethics, Sachs found that the pope's social involvement in the big issues of the day makes sense, even if some Catholics wonder if the church has any particular expertise to address broad social issues.

Sachs says it does. For example, he noted, Francis drew upon the best science in the world in pulling together Laudato Si', with its stark warnings about the dangers of climate change.

The pope, said Sachs, is acutely aware that global capitalism, as it is today, is pushing the world toward an ecological and economic catastrophe. Because he is so aware of it, Francis has emerged as the world's most important leader, fit to adorn the birthday card for a Jewish social justice economist who shares similar insights.