by Maria Benevento
Justice
People
World
This article appears in the Memories of Romero feature series. View the full series. 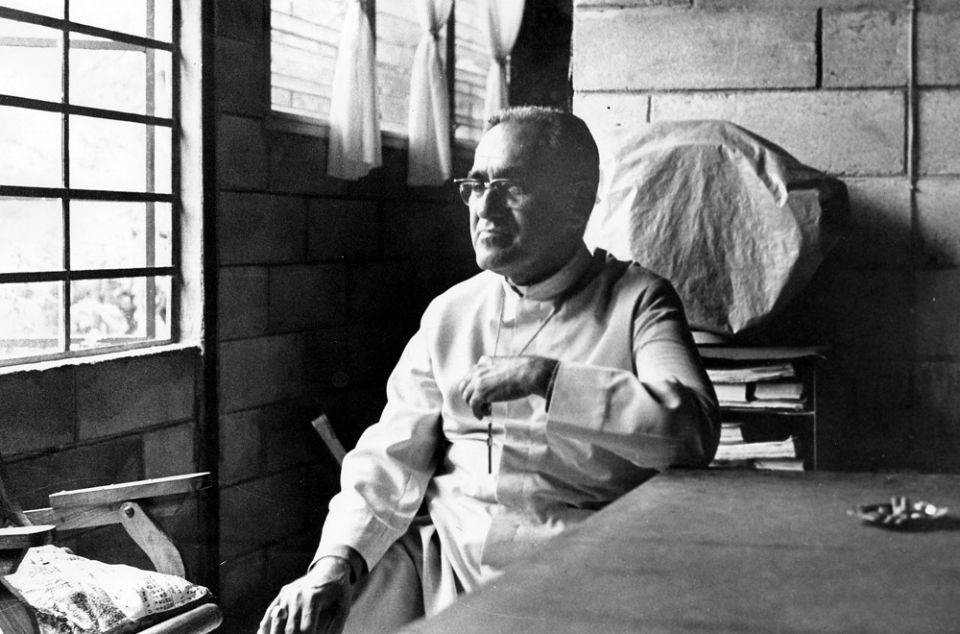 Editor's Note: This story was updated at 9:10 a.m. Central time with the news that Merino has declined the invitation to attend Romero's canonization

A close ally of the man who ordered the assassination of Salvadoran Archbishop Òscar Romero declined the opportunity to represent El Salvador's government at Romero's canonization at the Vatican Oct. 14 and asked that the legislature withdraw approval for sending three delegates to the event.

According to a report from Salvadoran news outlet El Faro, Francisco Merino, a current member of El Salvador's national legislative assembly and the country's former vice president, cited the public's rejection of the trip and a recommendation from current San Salvador Archbishop José Luis Escobar Alas, who on Sept. 23 promoted austerity by asking that public servants invited to the canonization pay their own way.

Merino's decision, announced Sept. 25, comes five days after the trip was announced, and one day after El Faro reported Merino's connections to Major Roberto D’Aubuisson, founder of the right-wing political party ARENA. A United Nations truth commission report on El Salvador found that D'Aubuisson gave the order for Romero's assassination, which took place while the archbishop was celebrating mass March 24, 1980.

Merino had emphasized Sept. 20 in response to questions from the press that he didn’t ask to be included in the canonization trip. He and fellow legislators Numan Salgado and Nidia Díaz were chosen to attend in place of assembly president Norman Quijano, who initially received the invitation to attend but said his responsibilities didn't allow him time to travel.

Salgado had already declined the journey Sept. 24 due to concerns about using public funds to send representatives to a religious event. Díaz still plans to attend the canonization.

The Salvadoran government has yet to prosecute anyone for Romero's murder although reports from the truth commission, the Inter-American Commission on Human Rights and a civil case in the U.S. Federal District Court in Fresno, California, have named those responsible. Some, such as D'Aubuisson, who died of cancer in 1992, are already deceased.

The case was reopened in 2017 after El Salvador's Supreme Court in 2016 declared unconstitutional the 1993 amnesty law that had blocked prosecutions.

Declassified CIA documents on El Salvador say Merino got his position as Salvadoran vice president, beginning in 1989, due to D'Aubuisson's advocacy. They also describe Merino as a financer of the death squads that terrorized El Salvador during the country's brutal civil war, which lasted from 1980 to 1992.

A 1999 report from the Inter-American Commission on Human Rights states that Merino visited the Atlacatl Battalion on Nov. 11, 1989, the same day he publicly accused Jesuit Fr. Ignacio Ellacuría, rector of the University of Central American in El Salvador (UCA), of "having poisoned the minds of El Salvador's youth."

Five days later, Ellacuría, five other UCA Jesuits, their housekeeper and her daughter were dead, assassinated by the Atlacatl Battalion.

Romero was assassinated due to his increased outspokenness in support of the poor and in opposition to the increasing violence in the Central American country, much of it perpetrated by the government. He was killed just weeks after sending a letter to U.S. President Jimmy Carter asking him to withhold aid to El Salvador's military, and the day after he gave a homily, broadcast on the radio, begging soldiers to disobey immoral orders.

Pope Francis declared in Feb. 2015 that Romero died as a martyr for the Catholic faith, then authorized his beatification in May of that year. In March 2018, he approved the declaration of a miracle attributed to Romero's intercession, clearing the way for his canonization.

Romero will be canonized at the Vatican Oct. 14 alongside Pope Paul VI and five others during the Synod of Bishops on young people, the faith and vocational discernment.

Archbishop Romero, martyr, to be made saint at Vatican ceremony Oct. 14