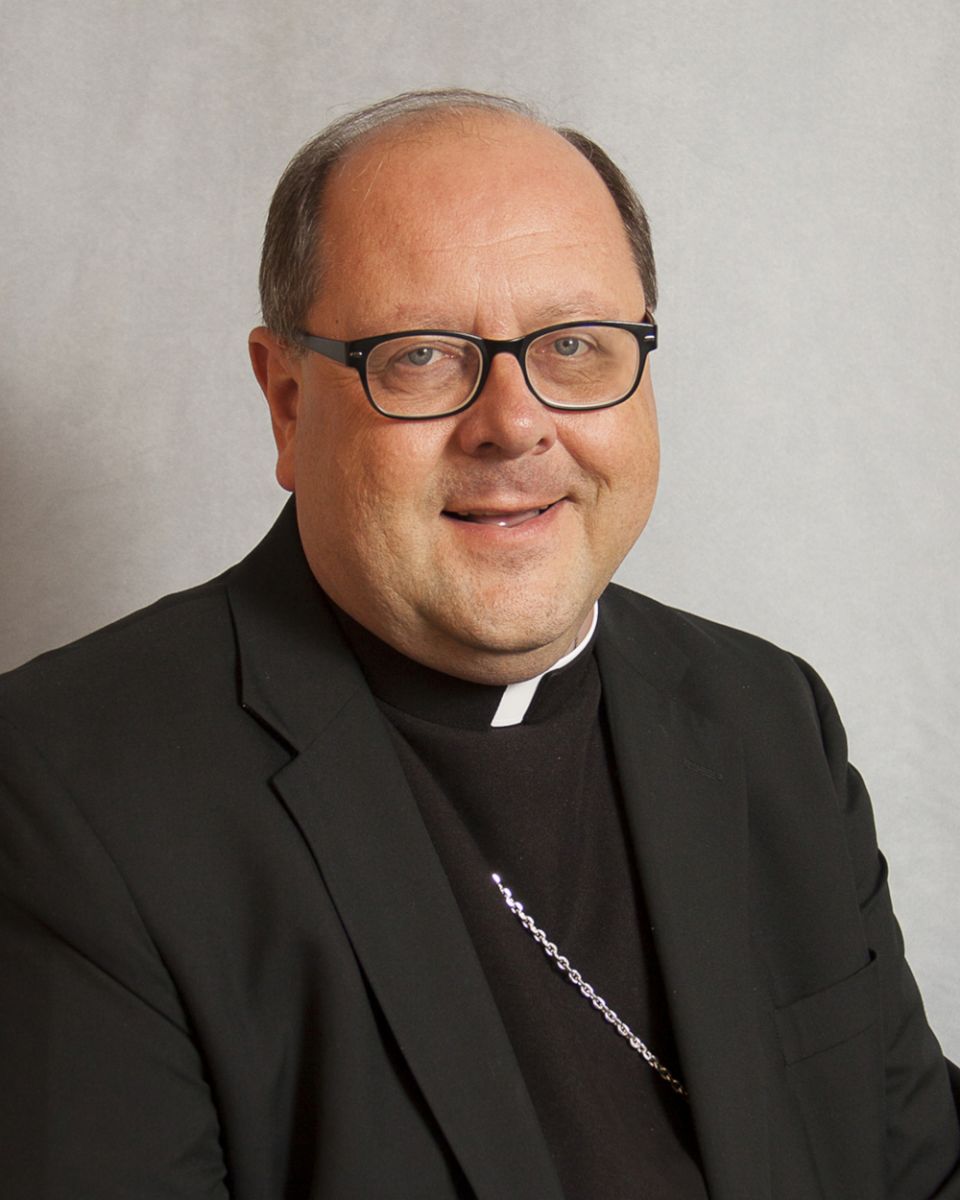 Bishop Edward Malesic of Greensburg, Pa., pictured in a 2015 photo, says the "stranglehold" on U.S. immigration policy has had inhumane consequences. (CNS/courtesy Diocese of Greensburg)

Greensburg, PA. — A Pennsylvania bishop has called on U.S. lawmakers "to please work as hard as you can" on legislation that "releases the unnecessary stranglehold on immigration to the United States that has caused tragic and inhumane consequences."

Bishop Edward Malesic of Greensburg made the comments in a July 12 letter to members of the U.S. House and Senate who represent his state. He said he also sent the letter to President Donald Trump.

"I write today, in a land of freedom and almost unlimited opportunity, to call your attention to the fact that there are people, each one a child of God, who by our common relationship with the Lord are our brothers and sisters who need our help," he said.

"Many of these people, a number of whom are children, are fleeing for their lives after experiencing terrorism and hardship in their home countries," he continued. "They are looking for safety, shelter, comfort, and peace for themselves and their families. They are knocking at our door."

But "sadly, their knocks have gone unanswered," Malesic said. Worse, he added, "we have locked them out."

This situation reminds him, he said, of the Gospel story of the rich man who ignored the needs of Lazarus who was sitting on his doorstep, in the Gospel of Luke. "It didn't end well for the rich man in the final judgment," he added.

Malesic acknowledged senators and House members "represent people of varying opinions on this matter in your elected position."

But, he continued, "I am asking you to represent me and those people of goodwill and faith who share my beliefs to the best of your ability: to protect the vulnerable, to welcome the stranger, to secure our borders, to tend to the needs of immigrant children and families no matter their home of origin, and to welcome those from dangerous and impoverished countries who have risked life and limb in the hopes of finding the particular brand of American hospitality and care that sets us apart from other nations."

Malesic said he sometimes wonders what the Greensburg Diocese "would look like today if the doors had been locked to impoverished and persecuted immigrants who came to the United States at the turn of the 20th century looking for safety and a better way of life."

"Italian, Polish, Slovak, German and Irish parishes were formed to help them feel welcomed and assimilated into the American experience," he noted. "Their arrival and unfettered settlement in and around southwestern Pennsylvania are the very foundation of the wide variety of cultures and ethnic flavors that has given vibrancy and life to our western Pennsylvania communities for well over 100 years."

The diocese itself relies on "adequate immigration laws to allow us to do the work of the church and keep it alive and well," he said, pointing out that today, "nearly a third of our pastors or parochial vicars are missionary priests from the Philippines and other countries."

The work of these priests "is invaluable to the ministries" of the church as it serves 140,000 Catholics in the four-county diocese.

The diocese has "excellent relations" with federal immigration officials "but the bureaucratic red tape is often so thick that each successful working visa for a priest who has guaranteed work here manages to put a significant strain on the resources of two diocesan departments for months."

Delays "caused by our inefficient system of immigration " often prevent the diocese "from serving the needs of our parishes as best as we can with the help of these international priests," Malesic said.

However, these inconveniences "are nothing compared with the terror that many poor and vulnerable children and families face when they approach our boarders from the south."

"Make no mistake, I support securing borders to keep us from harm. This is both a right and an obligation of every nation," the bishop wrote. "But the sad state of affairs that exists currently has made it nearly impossible, in some instances, for us to carry out our call from Jesus to welcome strangers and fulfill the commandment of love: 'I was a stranger and you welcomed me' (Matthew 25:35)."

The current broken immigration system in the U.S. seems resistant to reform, not because of a lack of will "by the people of our nation, but because of stalemated political battles by men and women in our nation’s leadership."

He also said the nation "cannot be governed by fear" in addressing the immigration crisis.

He implored lawmakers "to make good decisions about keeping us safe at our border and then make equally good decisions to open the path to legitimate immigration that allows us to grow as a country, so that we can continue to reap the benefits of good and hardworking people who have the desire to call our country their home too, just like my immigrant grandparents did many years ago."