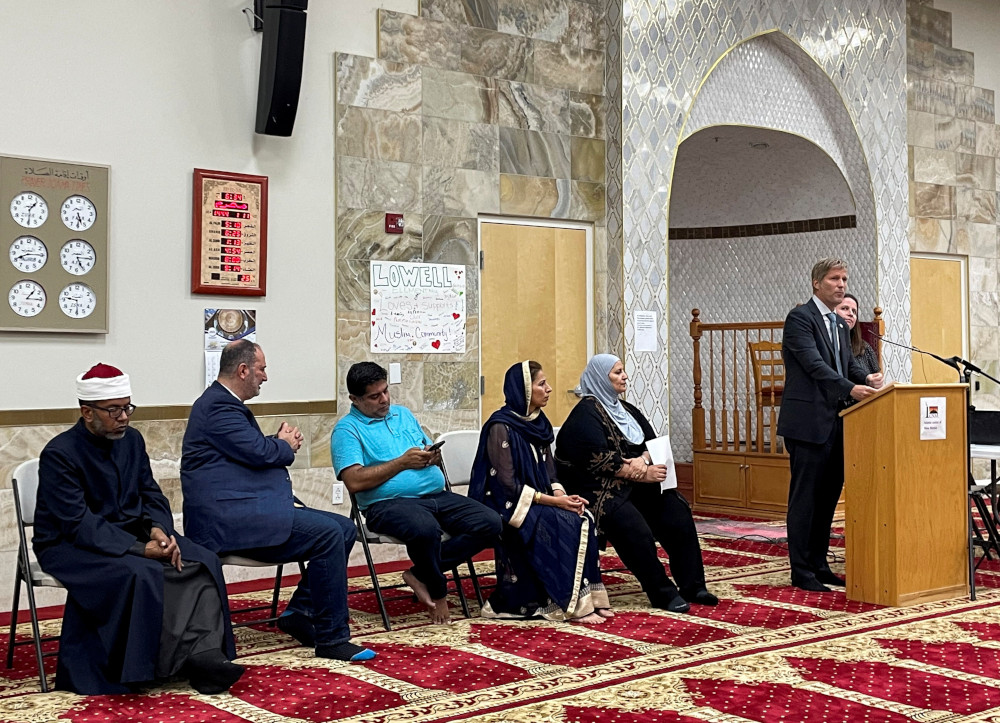 During a Mass for peace, Archbishop John Wester of Santa Fe decried the killings of four Muslim men in New Mexico since last November.

"We in the Archdiocese of Santa Fe and all of us here are appalled at these hateful and horrific crimes and utterly condemn them," Wester said at the start of his homily during a Mass Aug. 9 marking the 77th anniversary of the atomic bombing of Nagasaki, Japan.

Police arrested Muhammad Syed, 51, a Muslim immigrant from Afghanistan, Aug. 9 and said in a statement that he was charged with two of the murders. Police continued to investigate whether all four killings were related.

Until the arrest, the murders rattled the Islamic community in Albuquerque, New Mexico's largest city, whose members feared the violence was fueled by anti-Muslim sentiment.

The four victims were either Afghani or Pakistani. One man was killed in November and the other three men in late July and early August.

Authorities said the incidents may have been fueled by sectarian differences and that the investigation was continuing.

During a search of the suspect's home, investigators "discovered evidence that shows the offender knew the victims to some extent and an interpersonal conflict may have led to the shootings," the Albuquerque Police Department said in a statement Aug. 9.

Wester offered a prayer for the victims' families and Albuquerque's Muslim community.

"These abhorrent crimes have no place in the just, loving and tolerant society that we've come to know and treasurer here in the Southwest," he said.