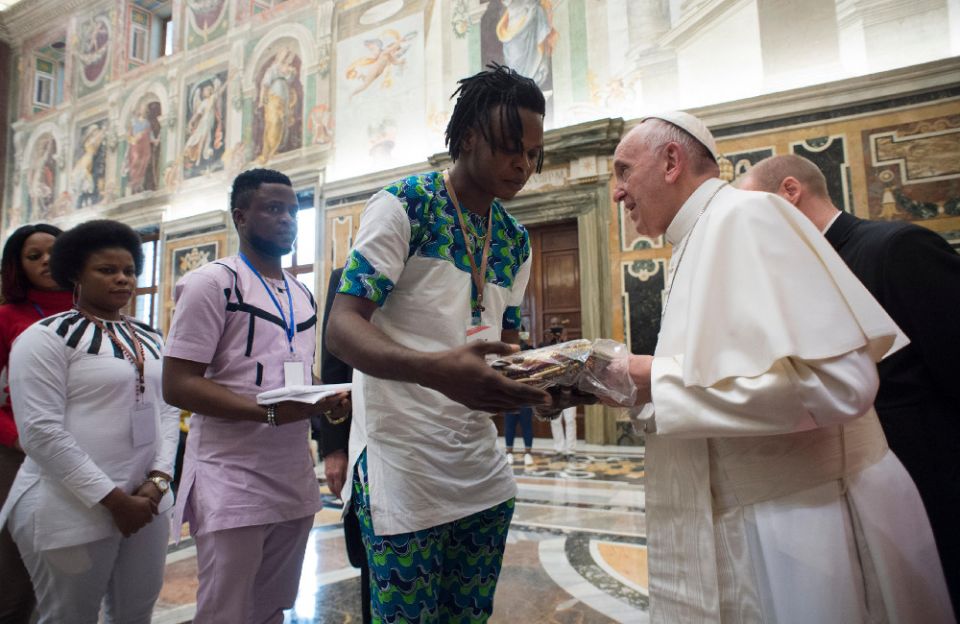 Catholic colleges and universities are indispensable in the fight against human trafficking, says a recent study by Foundations and Donors Interested in Catholic Activities (FADICA).

Human trafficking, defined in the report as "the use of force, fraud, or coercion to exploit human beings through forced labor, involuntary servitude, or sexual exploitation," has become a $150 billion industry, trafficking over 40 million people, of whom 30 million are female and 10 million are children, according to the International Labour Organization.

The report found that about half the colleges and universities surveyed had "engaged in anti-trafficking activities" in recent years, but also noted that the report was based on publicly available information and a few interviews, and thus may understate Catholic colleges' and universities' efforts.

Schools have embraced several different tactics in fighting human trafficking. Many have symposia or conferences on the issue; others have held candlelight vigils or prayer services.

Some have gone so far as to establish centers specifically focused on fighting trafficking. FADICA's report highlighted three "exemplary models," including the Human Trafficking Academy, based out of the University of St. Thomas School of Law in Miami Gardens, Florida.

Roza Pati, a professor at the law school and founder and director of the Human Trafficking Academy, told NCR that she first became active in the fight against human trafficking in her native Albania, once a socialist dictatorship, shortly after the fall of the Soviet Union, as women from her area began to disappear.

"A local priest … showed me that quite a lot of young girls [from his parish] were missing," Pati said. Locals suspected that the women were migrating for work in the sex trade, but the priest explained that "it is not really they are prostituting themselves, they are being trafficked." She soon began exploring the problem herself, eventually becoming Albania's secretary of state for youth and women.

Pati later came to United States for further education, ultimately landing a job at St. Thomas' law school. Shortly thereafter, the president of the university began looking for ways the university could become involved in preventing trafficking and aiding survivors, and found Pati already had experience with the issue.

From 2003, Pati and her colleagues began to hold symposia, roundtables and workshops addressing human trafficking. In 2010, the academy was founded with the aid of a two-year congressional grant. Another gift of $2.5 million from John J. Brunetti also helped the new organization in its mission. 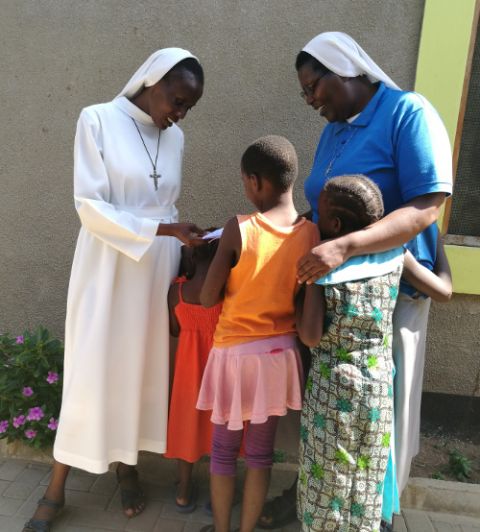 Children at the Pope Francis Rescue Center in Malindi, Kenya, present their homework to Sister Benedicta, a counselor from Sisters of the Holy Family, and Sister Veronica Nyambu. (GSR photo/Lilian Muendo)

Pati says that there are three components to the academy, "education, research and outreach." The academy provides a three-credit semester-long course at the law school as part of its LL.M./J.S.D. Program in Intercultural Human Rights, as well as weeklong multidisciplinary trainings, which have been taken by lawyers, judges, Immigration and Customs Enforcement officers, social workers, religious workers and teachers.

It also provides outreach to the community in raising awareness around the issue and funds research, some of which is published in the school's law review.

Mary C. Burke, a professor of psychology who founded the Project to End Human Trafficking at Carlow University in Pittsburgh says the movement has undergone significant change, and the cause has been continuously drawing more attention.

Her project began in 2004 when Burke and some graduate students began studying human trafficking, and "decided to set a goal of learning enough about it to raise awareness to other people," she told NCR. They began looking into the issue and holding talks to raise awareness. Congress had passed the Victims of Trafficking and Violence Protection Act of 2000, "but there wasn't a lot of work being done on the ground to address the issue," she said. "Survivors were surfacing, but no one knew what to do with them."

Burke says it "snowballed from there," beginning as a local effort, before expanding throughout the country. Until last year, she also led the Western Pennsylvania Anti-Human Trafficking Coalition, which gathers the resources of agencies in the area, including the FBI, to help survivors. Burke says her work is now focused internationally; the project even has a presence in Uganda.

At the beginning, Burke says she would open talks by asking how many people were already familiar with the issue, "and maybe one or two people would raise their hand. Now I don't even ask the question," except rhetorically, to make a point about the growth of the movement, she said.

At Fontbonne University near St. Louis, Laura Beaver, a professor in the university's undergraduate social work program, founded one of the newest organizations in the field.

From those trainings, a network of social workers concerned with the cause formed, "and we realized we needed something separate from our social work program that was fully dedicated to that," Beaver said.

The organization now has three fellows who help organize the trainings, as well as researching trafficking in the St. Louis area along with advocacy work, tailored to meet the needs and work around the schedule of those interested in taking them.

One of the most important lessons in dealing with human trafficking is the prevalence of trafficking activities, which are operating at all times all over the world.

Burke noted that in Uganda, the activities of Joseph Kony's Lord's Resistance Army, which included forced conscription and sexual exploitation of children, are a form of trafficking, while in the U.S. she once saw vacationing girls from Europe forced into prostitution.

"It's a problem in front of us all the time, we just don't always see it or recognize it for what it is," Beaver said.

One other important lesson is that fighting poverty is essential to fighting human trafficking.

"Poverty is a powerful underlying causal factor for trafficking everywhere," Burke said. "People, especially in places with less strong economies, are desperate to make a living, and often risk taking a job that may turn out to be exploitive in nature. … In the vast majority of trafficking cases, the people involved are extremely poor. ... [They] think they're getting a [legitimate] job, and end up in the hands of a trafficker."

Ahead of the World Cup, Brazil’s churches work to protect children from sex abuse