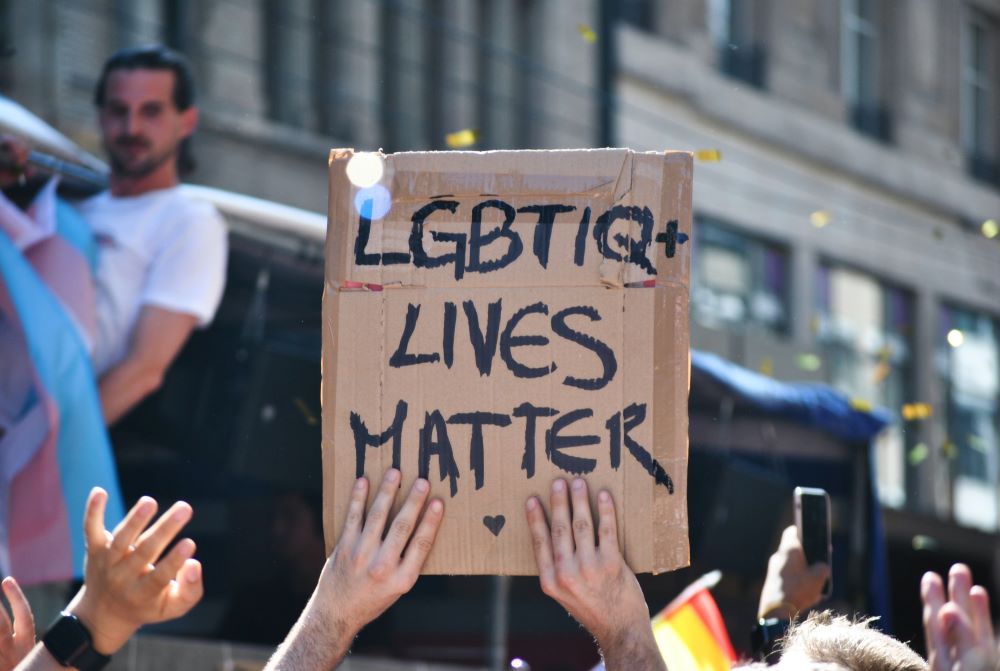 Catholic social teaching provides "a clear basis" for church leaders to support nondiscrimination protections for the LGBTQ community, according to a statement from an LBGTQ advocacy group signed by more than 250 of the nation's leading Catholic theologians, church leaders, scholars and writers.

"A Home for All: A Catholic Call for LGBTQ Non-Discrimination," released Aug. 9 by New Ways Ministry, makes the case that Catholic doctrine "presents a positive case for ending discrimination against LGBTQ people," despite strong opposition voiced by some outspoken conservative high-ranking church leaders.

"We affirm that Catholic teaching should not be used to further oppress LGBTQ people by denying rights rooted in their inherent human dignity and in the church's call for social equality," the 2,285-word document reads in part.

Thomas Gumbleton, auxiliary bishop emeritus of Detroit, was the only bishop to sign the statement as of Aug. 7. New Ways Ministry had invited 26 bishops considered supportive to the cause to sign, said Francis DeBernardo, executive director of the organization. Supporters may add their names after the statement becomes public, he said.

Prominent Catholic writers who signed the document include Richard Rodriguez, author of Hunger of Memory; Garry Wills, author of Why I Am a Catholic; Ron Hansen, author of Mariette in Ecstasy; Mary Gordon, author of Men and Angels; and Gregory Maguire, author of Wicked.

Despite legal and social advances in recent years, including the right to marry, the statement notes that LGBTQ people in the United States still experience significant discrimination in health care, housing, employment, foster care, adoption, interactions with police, access to credit and public accommodations. That discrimination is compounded when other factors such is race, class and religion are taken into account.

Discrimination, not to mention lingering stigma and risks of rejection by family members and close friends, contribute to mental health crises among young LGBTQ people. Last fall, the U.S. Congress passed the National Suicide Hotline Designation Act to establish a toll-free number to assist those with mental health crises. As NCR has previously reported, the U.S. bishops quietly lobbied against the legislation because it contained special funding for LGBTQ support.

Over the last 10 years, the bishops’ conference, citing religious liberty grounds, has opposed other bills on Capitol Hill that would prohibit discrimination in hiring and employment due to sexual orientation or gender identity. The bishops even opposed a compromise bill entitled the "Fairness for All Act" that sought to outlaw discrimination against LGBTQ individuals in most areas of housing, employment, access to credit and social services while preserving existing conscience protections in the Religious Freedom Restoration Act.

In a letter sent to the Fairness for All Act's main sponsor, U.S. Rep. Chris Stewart, a Utah Republican, the bishops said the bill would establish gender “ideologies as a basis for federal laws, relegating fundamental truths about biology and marriage to often narrowly-prescribed exemptions.”

Rather than engaging LGBTQ people through the Catholic social justice principle of protecting their human dignity, several bishops and church leaders have emphasized sexual morality and the magisterium's condemnation of sexual activity between people of the same gender.

“Nondiscrimination has been such an urgent topic,” said DeBernardo, who added that New Ways Ministry reacted "strongly" to some bishops and other Catholic leaders who "keep harping on the idea that it is a legitimate Catholic position" to oppose nondiscrimination laws for LGBTQ people.

"Our reading of Catholic doctrine says Catholics should be supporting nondiscrimination, and it just seems so clear in all of the documents in the church about human dignity and equality and respect and social justice," DeBernardo said. "The Catholic position is that it means everybody regardless of that person's condition in life, and if it includes everybody, then it includes LGBT. It's not a 'pick and choose' situation. It has to be universal.”

María Teresa Dávila, a professor in religious and theological studies at Merrimack College in North Andover, Massachusetts, told NCR that the New Ways Ministry statement opens up an important and necessary conversation that is grounded in the principle of human dignity.

"Our reading of Catholic doctrine says Catholics should be supporting nondiscrimination."

Also signing the document was Massimo Faggioli, a church historian and professor of theology and religious studies at Villanova University in Philadelphia. Faggioli told NCR that he found the statement "very balanced."

"I think that this is the beginning of a very long path. I don't think it will resolve itself in a few weeks, months, or even years, but certainly the principle is exactly right," Faggioli said. "There needs to be a conversion in terms of what methods we use to discuss these issues.”

Such a conversation is essential to the "cultural and intellectual survival of the Catholic Church, especially in the United States,” he said.

"Here I believe the most important step is to get out of the ideology that only sexual issues matter, because that has done huge damage to sexual issues and to all the others," Faggioli said.

Steven Millies, director of the Bernardin Center at the Catholic Theological Union in Chicago, told NCR that the statement engages the larger issue of how the church operates with respect to civil law and the secular world.

"What I think really stands out about this statement is how carefully argued it is to make a very narrow but a very important point in that the civil law is not necessarily the place to argue the Christian position on human anthropology," he said.

"I think this has a lot of parallels to other problems we have," he said. "It's certainly the case that the church can and should express a point of view about political and social questions, but it is also the case that in the end, the civil forum is not really the same as the ecclesiastical forum, nor should it be. And we know the church doesn't want it to be because every appeal for religious liberty is an appeal to separate the ecclesiastical forum from the civil forum."

Among the dozens of religious orders, individual parishes and other Catholic organizations that have endorsed the statement are the Association of United States Catholic Priests; Pax Christi USA; the U.S. Federation of the Sisters of St. Joseph; the Tyler Clementi Foundation; and the Society of the Divine Savior, USA Province.

The statement will serve as the basis for an educational pamphlet New Ways Ministry will publish this fall for Catholic parishes, schools and other institutions to use as an education and discussion tool, DeBernardo said.

A version of this story appeared in the Aug 20-Sept 2, 2021 print issue under the headline: Statement: Church teaching supports nondiscrimination for LGBTQ people.