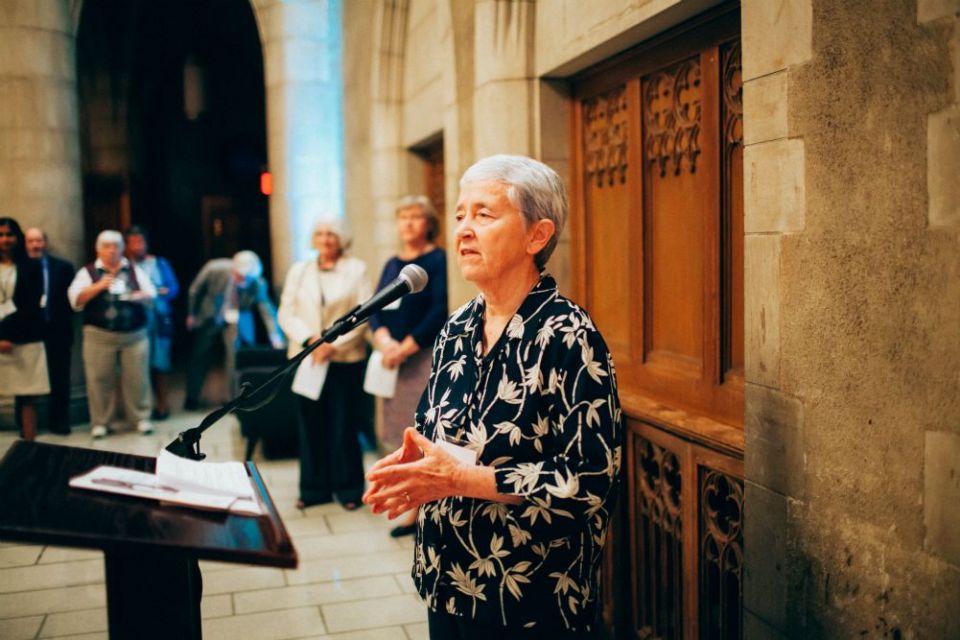 New York — Who is watching the corporate store?

In the age of President Donald Trump and a Republican-led Congress filled with a zeal for eliminating business regulations, religious-minded investors are doing what they can to fill the watchdog vacuum. They are concerned about low wages, the environment and gun violence, among other issues, participants in a forum sponsored by the Interfaith Center on Corporate Responsibility (ICCR) were told at Riverside Church here Oct. 2.

"Religious investors are in a position to tell a moral truth that turns into a business truth," Damon Silvers, policy director and counsel for the AFL-CIO, told the group.

A panel at the event, which brought together ICCR members and boosters, emphasized that "doing the ethical thing" can also help the long-term financial health of large corporations. ICCR has been trying to convince corporate investors and executives of that wider picture for nearly 50 years. The group consists of a wide array of faith groups, including Catholic religious orders.

Recent ICCR actions include shareholder resolutions that pressured Smith and Wesson to find ways to improve gun safety. Adrian Dominican Sr. Judy Byron, a leader in that movement, was honored by the group along with Mercy Sr. Susan Vickers, vice president of corporate responsibility for Dignity Health, the Mercy Sisters' health care system.

Susan Vickers and her community c.jpg 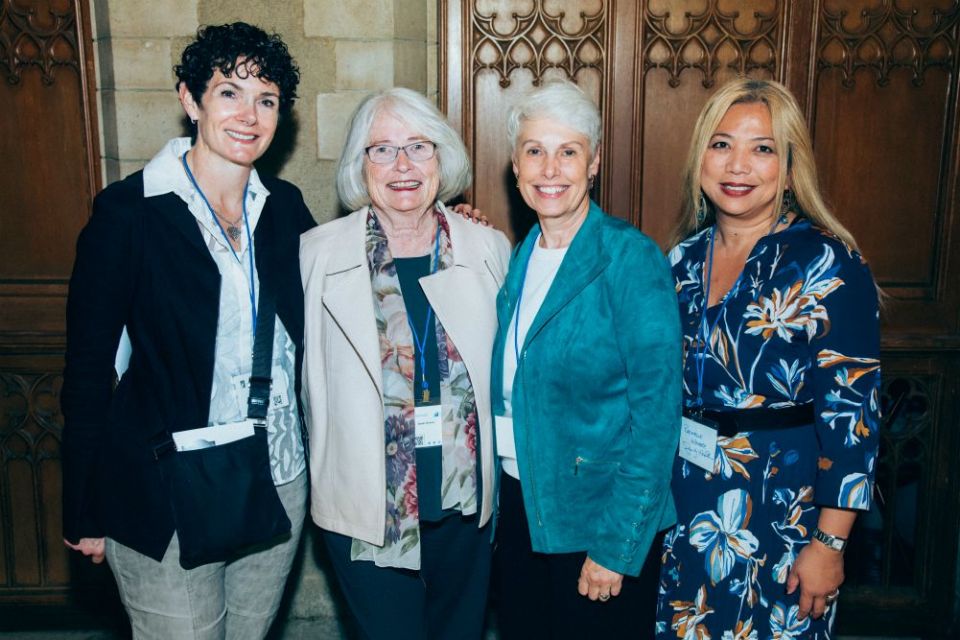 While the Trump administration has given corporations a much freer rein, the pressure on businesses to increase wages and work toward a cleaner environment continues.

Ali Velshi, business correspondent for MSNBC and moderator for the panel discussion, said he believes "free markets do great things for people."

But, he added, when corporations aren't being watched, short-term plans, such as seeing economic gain in polluting rivers and the air, can be a temptation.

Nell Minow, an expert on corporate governance, worked in the Environmental Protection Administration as an attorney for Presidents Jimmy Carter and Ronald Reagan. There, she saw how environmental regulations can be both helpful and at times overly burdensome.

She noted that a bank once offered $100 in the text of a disclaimer agreement that, while legally required, was seldom if ever actually read. No one ever put in to collect the offer. Panelists warned that in a complex business world, sometimes large corporations have a stake in promoting regulations that are ultimately favorable to them.

Minow noted how regulations frequently benefit large corporations that have sophisticated lobbying operations. A $60,000 investment by Starbucks to pay for a lobbyist resulted in a successful push for a manufacturing tax credit on grinding coffee beans. The credit was intended to promote job creation and resulted in billions in tax savings for the company. 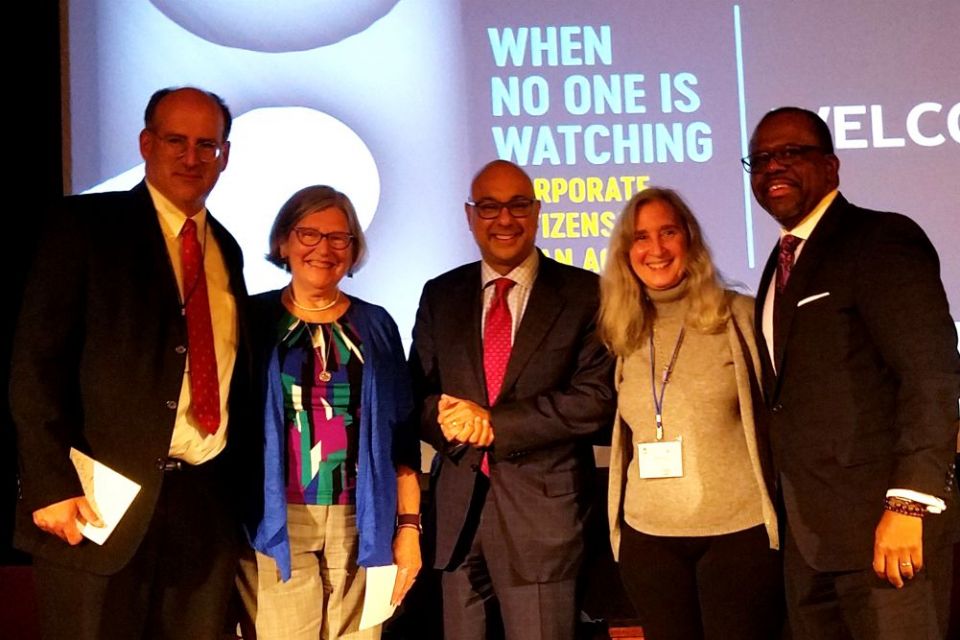 Campbell, who has been part of Network's Nuns on the Bus tour, including the one in 2012 protesting Republican congressional plans to cut budgets for poverty programs, said "the reason we have regulations is original sin," a quote she credited to journalist E.J. Dionne.

Her next bus trip, she said, is intended to rally voters before the midterm elections against the Trump tax plan, which she said puts $1.9 trillion into the hands of the wealthy, an amount that, if parcelled out in increments of a dollar in every second, would take 60,000 years to pay off. The defunding of the government resulting from the tax cuts will have an impact on programs that benefit poor and middle class people, she said.

Darrin Williams, chief executive officer of Southern Bancorp, said the Dodd-Frank bill to overhaul the national banking system enacted after the economic calamity of 2008 has squeezed out smaller community banks that invested in areas larger banks ignored. (Southern Bancorp is a ccommunity development financial institution based in Arkansas.)

But, Williams said, "There are good reasons for the regulations placed on banks." The Dodd-Frank regulations, he said, has made for stronger banks less vulnerable to collapse.

Panelists emphasized that business leaders often recognize how their companies are tied to the long-term good of the wider society. Businesses that rely on delivering goods need better roads, for example. Companies with lower-income workers, such as Amazon and Walmart, need cheaper housing within commuting range of their facilities, and other companies seek improved public transit for their employees.

Silvers warned about the possible shifting of the U.S. Supreme Court in a rightward direction that could be inclined to discourage business regulation.

The court's 2010 Citizens United ruling allowed corporations to be legally viewed as people, with all the free speech rights of American citizens, including unfettered contributions to political campaigns. The result has been more corporate influence on politics.

"Corporate America can spend money on a scale never before seen," he said, adding that the need for watchdogs has never been greater.

Ethical principles in robots: a possibility?