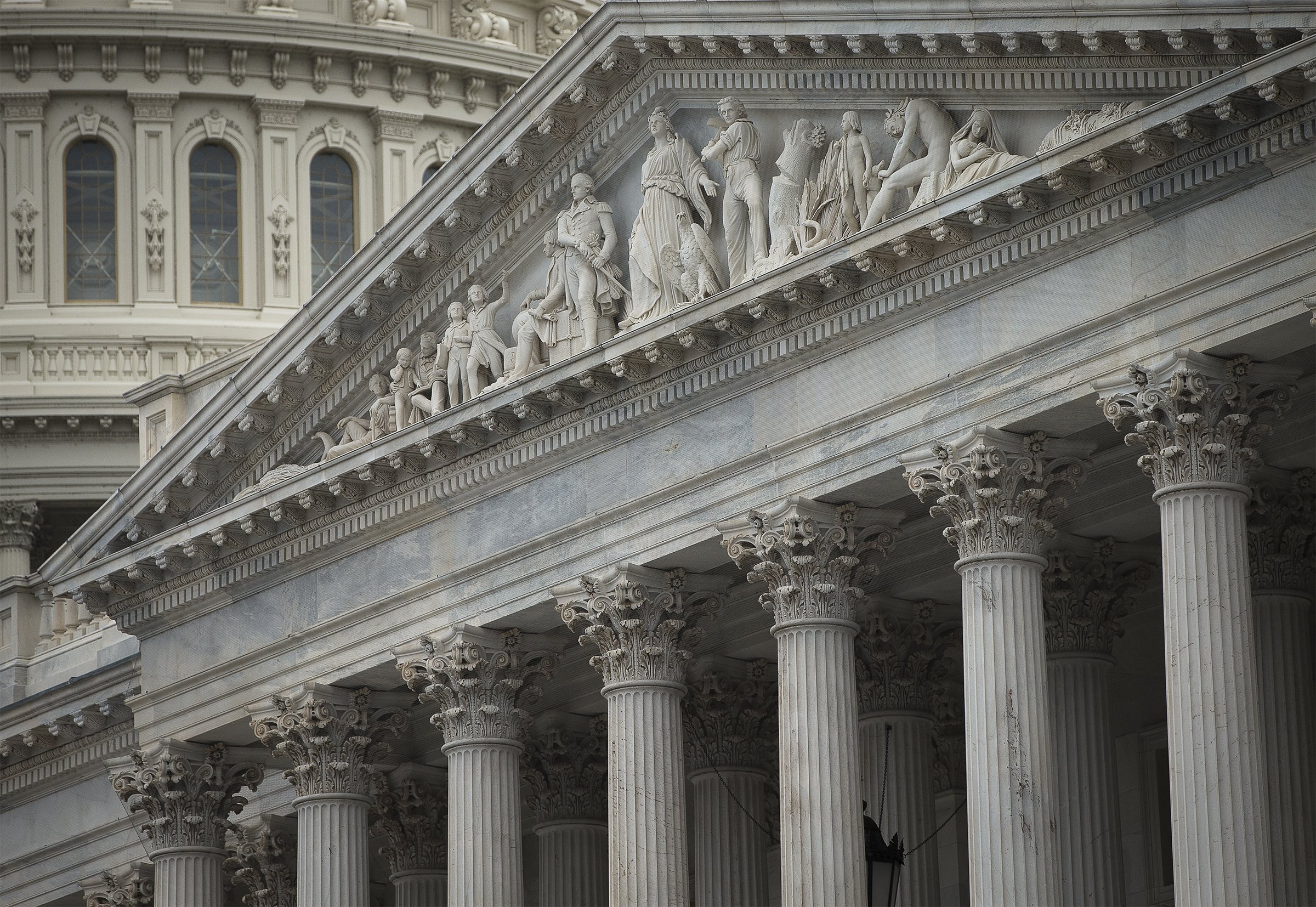 Immigration advocates were dealt a blow at the beginning of a week that many believed would bring about history.

They had hoped to include an immigration provision in the $3.5 trillion budget bill that would have granted legal status to 8 million farmworkers and essential workers, young adults brought to the U.S. illegally as minors, and recipients of a temporary program for migrants.

Instead, the Senate parliamentarian, Elizabeth MacDonough, a nonpartisan interpreter of stand rules of how a provision can be used in Senate legislation, said late Sept. 19 that the Democrats' plan was "not appropriate" for inclusion in the budget reconciliation bill process.

Senate Democrats hope to pass the budget using reconciliation — meaning it could be passed with a simple majority, not the 60 votes usually needed and with no Republican support.

"The policy changes of this (immigration) proposal far outweigh the budgetary impact scored to it," MacDonough said in a statement.

Many, like Sen. Bob Menendez, D-N.J., said in a Sept. 20 conference call that he was "disappointed" but vowed to keep working to find relief for those who would have benefited.

"This ruling does not mean this process is over," he said during the call sponsored by the pro-immigration group America's Voice. "She (the parliamentarian) gave her view on only one approach."

He said Democrats will be working in the coming days to present the parliamentarian a different plan.

"This is not an end, we'll keep working, we're not going to take 'no' for an answer," he said.

Republicans had opposed the tactic and said Democrats should first try to solve the problems piling up at the southern border with Mexico, where thousands of migrants remained trapped under a bridge near Del Rio, Texas, trying to cross over.

Among them were some 10,000 Haitians fleeing the chaos of their country, racked by political conflict, including the assassination of their president and a disastrous earthquake, but the Biden administration said they would be returned to their home country.

Republican Sen. Lindsey Graham of South Carolina, the ranking member on the Budget Committee, said he was "very glad" in a statement released shortly after the parliamentarian's decision was made public. It was not an appropriate budgetary matter, he'd said.

Moving forward on such a grand-scale immigration provision would only have signaled to others to attempt a border crossing and compound the problem already there, he said.

"Having worked on several comprehensive immigration reform bills, I believe that using the reconciliation process to provide legal status to illegal immigrants would be a disaster," he said.

"It would have led to an increased run on the border — beyond the chaos we already have there today," he continued. "It would be a terrible idea to provide legal status before we secure the border and reform the immigration process which is currently being abused."

On Sept. 15, Auxiliary Bishop Mario E. Dorsonville of Washington, who heads the U.S. Conference of Catholic Bishops' Committee on Migration, had lauded the proposed wording for providing a path to legalization for immigrants in the reconciliation measure, saying, "This is a welcome milestone for many families and the common good."

"For decades, the bishops of the United States have been proponents of such reforms, which promote integration and family unity," he said. "We cannot persist in relegating these members of our society to the margins, especially when we simultaneously depend on so many of them for our collective well-being."

No vote has been set yet on the budget measure. In August, members of the House and Senate passed their respective versions of a framework, or blueprint, for the $3.5 trillion budget measure, and now they are filling in the details.

The legislative language Democrats sought to include in the budget measure aimed to help migrants who are in the country without legal permission but have Temporary Protected Status, which is granted to nationals whose countries have experienced natural disasters, armed conflicts or exceptional situations; agricultural workers and other essential workers; and "Dreamers," young adults brought to the U.S. illegally as children who have temporary protection under the Deferred Action for Childhood Arrivals program.

One DACA recipient is Greisa Martinez Rosas, executive director of United We Dream, who said she'd experienced "heartbreak, anger and fear" in 2010 when she watched the failure of the DREAM Act, which would have offered her and other children of undocumented immigrants a path toward citizenship.

"I am resolute ... we will win this. This is not going to be a repeat of 2010," she said during the America's Voice conference call.

She said immigration reform hasn't been acted on in decades. Ronald Reagan in 1986 was the last U.S. president to successfully rally Congress to pass legislation that legalized, on a grand scale, groups of immigrants who entered the country without permission to do so by granting 3 million people what some call "amnesty."

"We are long overdue," she said. "We will not accept anything less."

Hopes had been high that the budget reconciliation bill would be the magic bullet to finally deliver the path toward reform, even at the expense of bipartisanship.

Instead of riding a wave of victory on the immigration front, the Biden administration found itself putting out different kinds of fires related to the issue, even from supporters. Many denounced the deportation of Haitians and others at the southern border.

Secretary Alejandro Mayorkas of the Department of Homeland Security traveled to Del Rio Sept. 20 to declare the border is "not open," saying the majority of migrants who show up at the border without a valid reason for entering have been put on, or will be put on, expedited flights back to Mexico, Ecuador and Central American countries.

But he delivered a message tailored to Haitian immigrants.

"We are very concerned that Haitians who are taking this irregular migration path are receiving false information that the border is open or that Temporary Protective Status is available," he said. "I want to make sure it is known that this is not the way to come to the United States. That is false information."

Migrants were warned not to listen to smugglers telling them they would be let in or to risk their lives or that of their families. But immigrant advocates said that was the wrong approach for the administration to take.

"Expelling and returning Haitians to a country in the midst of a political and humanitarian crisis — to a country which cannot ensure their security and basic needs — is both legally and morally indefensible," Eric P. Schwartz, president of Refugees International, said in a statement.

"When U.S. officials expel and return individuals seeking protection without assessing their asylum claims, they act unlawfully and create serious risks to the safety of asylum-seekers," he said. "And the risks with respect to Haiti are particularly compelling."

Via Twitter, DHS said the administration "is dedicated to developing safe, legal, and orderly pathways for migration," showing photos of migrants boarding planes back home.

"If you come to the United States illegally, you will be removed. Please do not attempt the perilous journey," DHS said via Twitter.

Officials also warned about messages going out through social media that make the trek sound palatable.

Border Patrol Chief Raul Ortiz said during a news conference with Mayorkas that unscrupulous smugglers put lives in danger for their own financial gain and mislead migrants and "many of them (migrants) likely didn't make it" across the border.

His message to migrants, no matter what the smugglers say: "Our borders are not open."