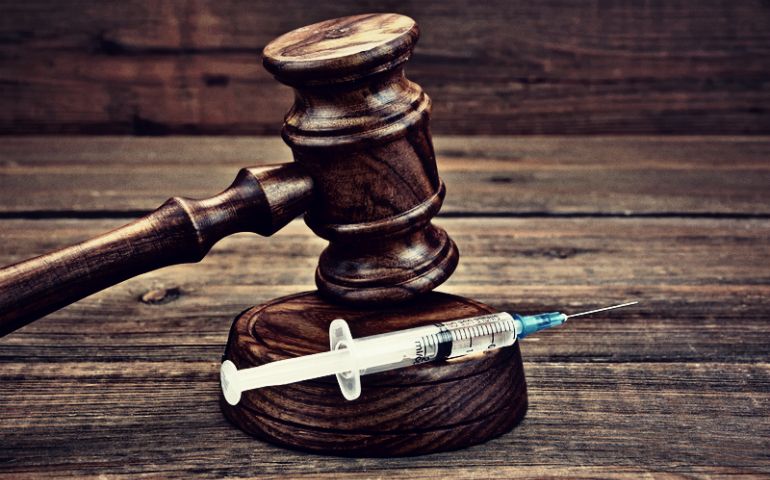 NCR welcomes the Jan. 26 ruling out of the U.S. District Court for the Southern District of Ohio halting executions scheduled in Ohio by granting an injunction against the state's controversial lethal injection protocol. Judge Michael Merz ruled that the "use of midazolam as the first drug in Ohio's present three-drug protocol will create a 'substantial risk of serious harm' or an 'objectively intolerable risk of harm.' "

We urge more judges to follow Merz's direction. In the last two months, judges could have halted executions in Alabama and Virginia that used midazolam but did not.

Executions have been halted in Ohio since several problematic executions that used midazolam took place in 2014, including Dennis McGuire in Ohio and Clayton Lockett in Oklahoma. According to eyewitness accounts, it took Lockett 43 minutes to die during which time he writhed on a gurney, moaned and clenched his teeth. McGuire repeatedly gasped, choked and struggled for some 25 minutes.

One state that won't be challenging a ban on midazolam is Arizona, which has not executed anyone since 2014, when it took two hours and 15 doses of midazolam for convicted murderer Joseph Rudolph Wood to die. In December, to settle part of a lawsuit, Arizona promised not use midazolam again.

States that want to continue executing prisoners have had to adopt questionable methods, all of which are being challenged by death row prisoners and their advocates: States are using untested and inappropriate drug protocols because pharmaceutical companies have refused to sell drugs for executions, just one sign of the public's rejection of capital punishment.

Some states — Ohio, Missouri and Virginia, for example — have been forced to enact shield laws to keep the names of manufacturers and sometimes the drugs they make secret, thus cloaking the death protocols from the light of public scrutiny. Transparency and public disclosure should certainly extend to those times when the government takes a life.

We have long opposed capital punishment for multiple reasons: It is erratically imposed, more often determined by the jurisdiction of the crime and the race and economic standing of the defendant than the actual crime. It does not deter crimes or bring peace to victims' families, and safeguards against executing innocent people are insufficient.

The Alabama and Virginia executions were allowed to go forward because in 2015 the U.S. Supreme Court ruled the use of midazolam as constitutional. The recent cases bolster arguments that the high court should reconsider not only its ruling on midazolam, but on all executions, no matter what methods are used. It is time for the United States to abolish the death penalty.

Virginia carries out execution despite pleas inmate was mentally ill

Pfizer bars lethal injection use of its drugs