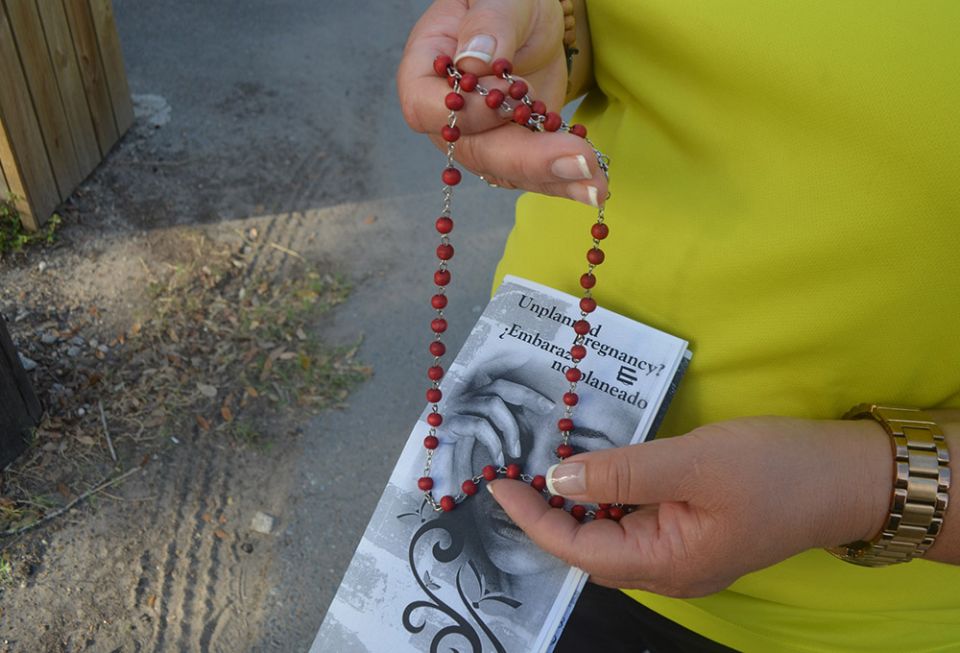 A counselor at the McAllen Pregnancy Center, a Catholic pro-life facility, holds a rosary and literature about abortion during a 2015 walk outside a clinic that provides abortions in McAllen, Texas. (CNS/The Valley Catholic/Rose Ybarra)

Like many Catholics with strong pro-life views, Steven Greydanus believes the unborn have a right to life, argues the state is morally obliged to protect them, and says Roe v. Wade, the U.S. Supreme Court's 1973 landmark ruling that declared abortion to be a constitutional right, is an "abomination."

But Greydanus, a permanent deacon in the Archdiocese of Newark, New Jersey, who is known for writing movie reviews in Catholic publications, says Texas' controversial "heartbeat law" that deputizes private citizens to enforce its anti-abortion regime with $10,000 cash incentives is "not the way" to advance the cause.

"If this leads to ugly court proceedings — say, an activist plaintiff hoping for a $10,000 payout hauling friends or family members into court over a [operation] that might have been a second-trimester abortion or a post-miscarriage procedure — the pro-life cause will bear partial responsibility for that kind of outcome," Greydanus told NCR.

Other Catholics with similar anti-abortion convictions, as well as leaders of some pro-life organizations who otherwise support the law's aim to curb legal abortions, also have serious qualms about the statute's unusual enforcement mechanism that critics say risks creating an unseemly bounty system in Texas while establishing disastrous legal precedents elsewhere.

"It's like you should be watching your neighbor," said Herndon-De La Rosa, who described the Texas heartbeat law as "kind of extreme with the civil suits and stuff."

"It's not necessarily a great law," she said, adding that it has energized pro-choice activists in Texas and across the country. She is concerned that the push to enact the law was more about short-term gain for politicians, and that it could cause long-term damage for the pro-life movement.

"At the end of the day, our goal is about efficacy," Herndon-De La Rosa said. "Is this law going to be effective, or are we just making enemies with billions of dollars who are going to find ways for women to still access abortion in Texas? Are babies actually being saved by this, or did we just pick a fight because of political theater?"

In several ways, the Texas Heartbeat Act, which took effect Sept. 1 after Gov. Greg Abbott signed it in May, represents a radical break in the country's abortion jurisprudence. The law bans abortions after fetal cardiac activity is detectable, usually around the sixth week of pregnancy, before most women realize they are pregnant. The Texas law has an exception for medical emergencies, but none for rape or incest.

"It's not realistic at all to think that many will know that they're even pregnant at that point," said St. Joseph Sr. Christine Schenk, who served urban families for 18 years as a nurse midwife before co-founding FutureChurch. (She is also an NCR board member.)

While some women could realize quickly that they are pregnant because of changes in their bodies, Schenk told NCR that many women have irregular menstrual cycles and may not know until well after the six-week mark, which is the earliest that most at-home tests can detect pregnancy.

"We have to honor a women's moral decision-making agency around something that impacts her own life directly," Schenk said.

The U.S. Supreme Court's precedents have held that states cannot restrict abortion before the fetus is viable outside the womb, which is around the 24th week of pregnancy. Federal courts in recent years have blocked several other states' "heartbeat" bills for violating that standard.

This fall, the Supreme Court is set to hear arguments over a Mississippi 15-week abortion ban that some observers believe could result in the court upending some or all of its abortion precedents, as set in Roe and then concretized in Planned Parenthood v. Casey in 1993.

To short-circuit legal challenges, Texas state legislators crafted their heartbeat law so that private citizens would be charged with enforcing the abortion ban, rather than elected officials such as the governor or state attorney general — who would normally be the named defendants in lawsuits challenging the law's constitutionality.

On Sept. 2, the U.S. Supreme Court voted 5-4 not to block the Texas law, for now. Chief Justice John Roberts, who joined the court's three liberal justices in dissent, described the "statutory scheme" involving citizens enforcing the law as "not only unusual, but unprecedented." 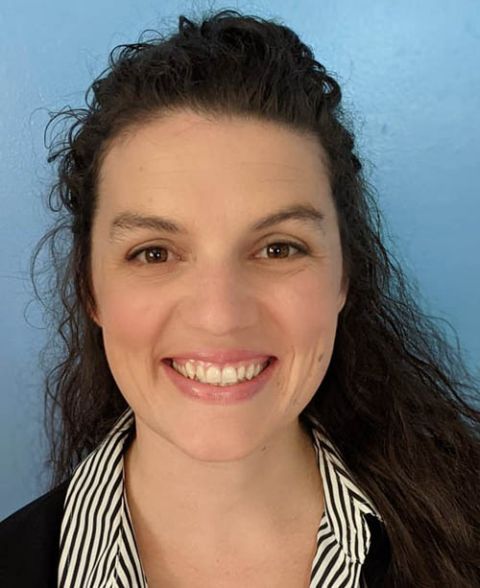 "Texas tried to find a way to work within an impossible framework," said Monica Snyder, the executive director of Secular Pro-Life, a nonsectarian anti-abortion nonprofit.

Snyder told NCR that Roe and Casey have made it "impossible for pro-lifers to pass legislation that significantly restricts abortion before viability."

"I agree that a government-enforced mechanism would be preferable to a private one. But I think a private one is preferable to not having any," said Snyder, who agrees that the law could set "strange" precedents for pro-lifers, but argues the stakes are that high.

"For those of us who recognize prenatal children as valuable human beings, and we recognize abortion as killing them, that is extremely dire, and it's hard to come up with arguments for other potentially slippery slopes that even come close for how dire that is," she said.

The Texas law shields women who receive abortions from being sued. But plaintiffs with no personal connection to a patient or clinic can sue abortion providers or anyone who "aids and abets" the procedure, such as a relative, an acquaintance or a friend who pays for the abortion, a counselor or medical professional who provides relevant information, or even a cab driver who transports the patient to an abortion clinic.

If successful in court, a plaintiff can be awarded at least $10,000 for each abortion that a defendant performed, aided or abetted. The financial incentive has raised concerns about the law motivating bounties. Texas Right to Life set up a website allowing for anonymous whistleblowers to report illegal abortions, but the site attracted fraudulent reports and has since been taken offline. 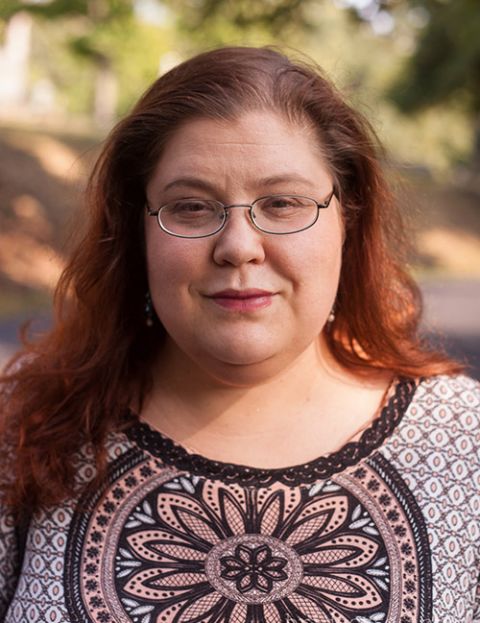 Mary Pezzulo, a Catholic blogger and author who often writes about social justice and the pro-life movement at Patheos, told NCR that the Texas law does not treat abortion "as a terrible symptom of a deeply unjust society" that views people as disposable.

"It's not addressing the reasons why a woman might feel pressured into that choice," Pezzulo said. "It leaves mothers in desperate situations right where they were before. It doesn't do anything for the economic reasons women feel driven to abortion. It doesn't protect women from abusive spouses and parents, or anyone else pressuring them into it.

"Meanwhile, health care professionals have to fear a frivolous lawsuit from anyone who hears of them performing a [procedure] to remove a miscarried fetus or a uterine tumor, misunderstands and wants to cash in," Pezzulo added.

"Making doctors afraid to treat women is putting every woman's life in danger even if she's never considered abortion," she said. "And it's certainly not going to make things easier for women who want to carry their baby to term, which is what the pro-life movement ought to want."

Schenk said that Texas' move to criminalize most abortions may drive it underground.

Dawn Eden Goldstein, a Catholic theologian and author, fears that the Texas law sets "a very bad precedent" that could be abused by future partisan actors. 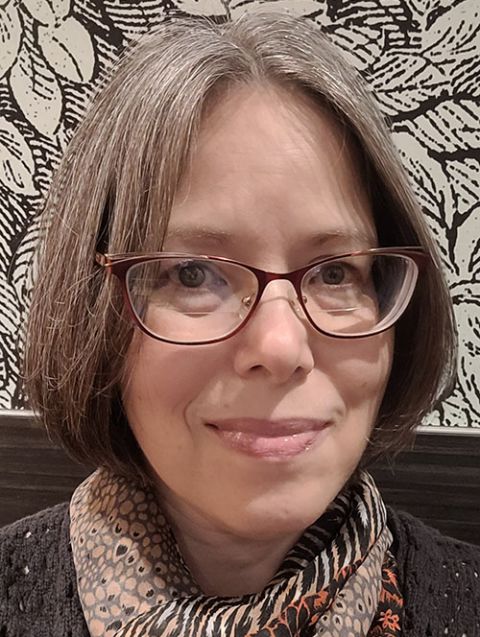 "I mean, do we want a world where Democrats, when they're in power, can enable people to sue gun owners into oblivion, for example? The law creates a culture that is not a Christian culture, and one that is not even recognizably an American culture," said Goldstein, who is also a student in the canon law program at the Catholic University of America.

Goldstein told NCR that she is "100% against abortion," arguing that it is "evil and inhumane," and should be illegal "across the board" from the moment of conception, with no exceptions for rape or incest.

"But in order to make abortion illegal, we have to do it in a way that respects our country's democratic, legal and justice systems," Goldstein said.

The Texas Catholic Conference of Bishops, which supported the heartbeat bill in the last state legislative session, released a Sept. 3 statement saying that the conference celebrated "every life saved by this legislation." The statement focused on the morality of abortion and the importance of supporting pregnant women while not directly addressing the law's details, including its enforcement strategy.

"I think the intent of the law is perhaps very good, but the way we implement it is going to be of concern," said William Ditewig, a permanent deacon in the Washington Archdiocese who once headed the U.S. bishops' diaconate office.

Though adding that he is not a lawyer, Ditewig told NCR that the law's deputization feature concerns him the most.

"It kind of expands the effect of the law, and does it do so in a reasonable way? I would be concerned about that," Ditewig said. "It's one thing to be against abortions, but seeing how all these people can be sued, to me that seems extraordinarily broad. I just don't see where that's helpful. How does that help us become more pro-life as a people?"

A version of this story appeared in the Oct 1-14, 2021 print issue under the headline: Some Catholic pro-lifers concerned about Texas' abortion law .