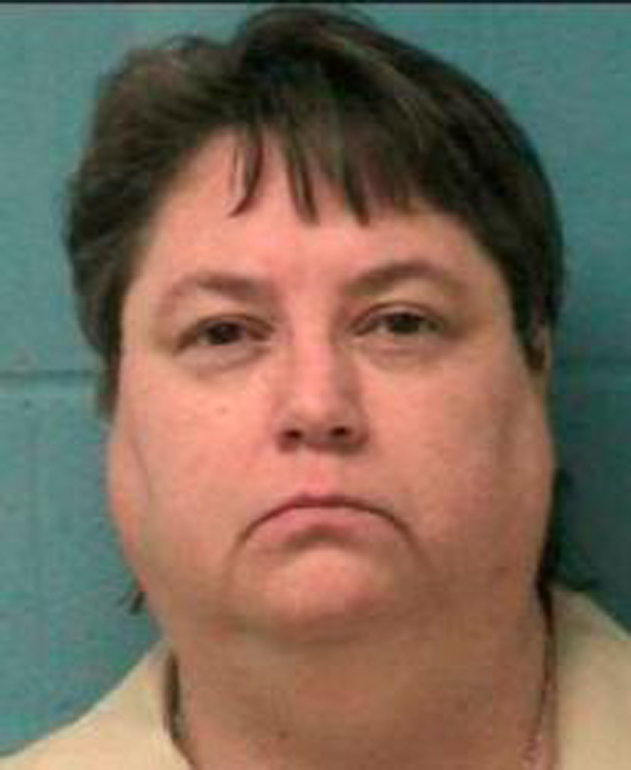 Less than a week after Pope Francis told a joint meeting of Congress that he backs U.S. efforts to abolish the death penalty, his U.S. nuncio sent letters to authorities in two states appealing on his behalf to commute death sentences.

On Sept. 29, Archbishop Carlo Maria Vigano unsuccessfully appealed on the pope's behalf to Georgia officials to commute the death sentence of Kelly Gissendaner, who was executed shortly after midnight the next day.

Within hours of receiving the letter on the pope's behalf, the Georgia State Board of Pardons and Paroles rejected Gissendaner's request for clemency and her execution proceeded.

Meanwhile, speaking for Pope Francis, the nuncio weighed in the next day on another highly publicized execution scheduled in Oklahoma for Sept. 30, that of Richard Glossip, whose challenge to the state's lethal injection protocol was rejected by the Supreme Court in June.

"Together with Pope Francis, I believe that a commutation of Mr. Glossip's sentence would give clearer witness to the value and dignity of every person's life and would contribute to a society more cognizant of the mercy that God has bestowed upon us all," wrote Archbishop Vigano.

In the earlier letter to Georgia's parole board, he quoted the words of Pope Francis to Congress on Sept. 24, noting that the pontiff had, since the beginning of his ministry, advocated for the global abolition of the death penalty. "I am convinced that this way is the best, since every life is sacred, every human person is endowed with an inalienable dignity, and society can only benefit from the rehabilitation of those convicted of crimes," Pope Francis said.

In both letters, Archbishop Vigano said that he did not wish to minimize the gravity of the crimes for which Gissendaner and Glossip were convicted and that he sympathized with the victims. "I nonetheless implore you … to commute the sentence to one that would better express both justice and mercy," he wrote in the Georgia letter.

"Please be assured of my prayers as you consider this request by Pope Francis for what I believe would be a just act of clemency," Archbishop Vigano wrote.

Gissendaner was convicted in the 1997 murder of her husband, Douglas Gissendaner. Prosecutors said she conspired with Gregory Owen, her boyfriend, who stabbed the husband to death. Owen testified against Gissendaner in a plea deal that left him with a sentence of life in prison without chance for parole. Her application for clemency notes that she has been a model prisoner and that the person who actually carried out the crime received a lighter sentence than she did.

Atlanta Archbishop Wilton D. Gregory, in a Sept. 29 news conference, read the nuncio's letter and referred to his own request sent a week earlier to the parole board. In that letter, he told the board that as "one of the shepherds of the Catholic Church in Georgia, I seek to contribute to a civilization that promotes human dignity by striking a balance between the demands of justice and the need for charity. Commuting the death sentence of Kelly Gissendaner to one of life without parole is compatible with that goal."

The pleas on behalf of Pope Francis just after he left the United States are reminiscent of a similar plea made by St. John Paul II in 1999. While visiting Missouri, the pope made a specific plea to then-Gov. Mel Carnahan to spare the life of Darrell Mease. Mease, convicted of a triple murder, was scheduled to be executed a few days later. In announcing the commutation, Carnahan said he would spare Mease because the pope had asked him to do so.

Glossip's case challenging Oklahoma's drug protocol for executions went to the Supreme Court. In June a strongly divided court ruled the state's protocol was constitutional. In dissenting, Justices Stephen Breyer and Ruth Bader Ginsburg questioned whether the death penalty itself should be declared unconstitutional.

Like Gissendaner, Glossip was convicted in a murder which another person admitted to committing. Justin Sneed confessed to killing Bobby Van Treese in 1997, but testified against Glossip in return for a lighter sentence, life imprisonment without parole.