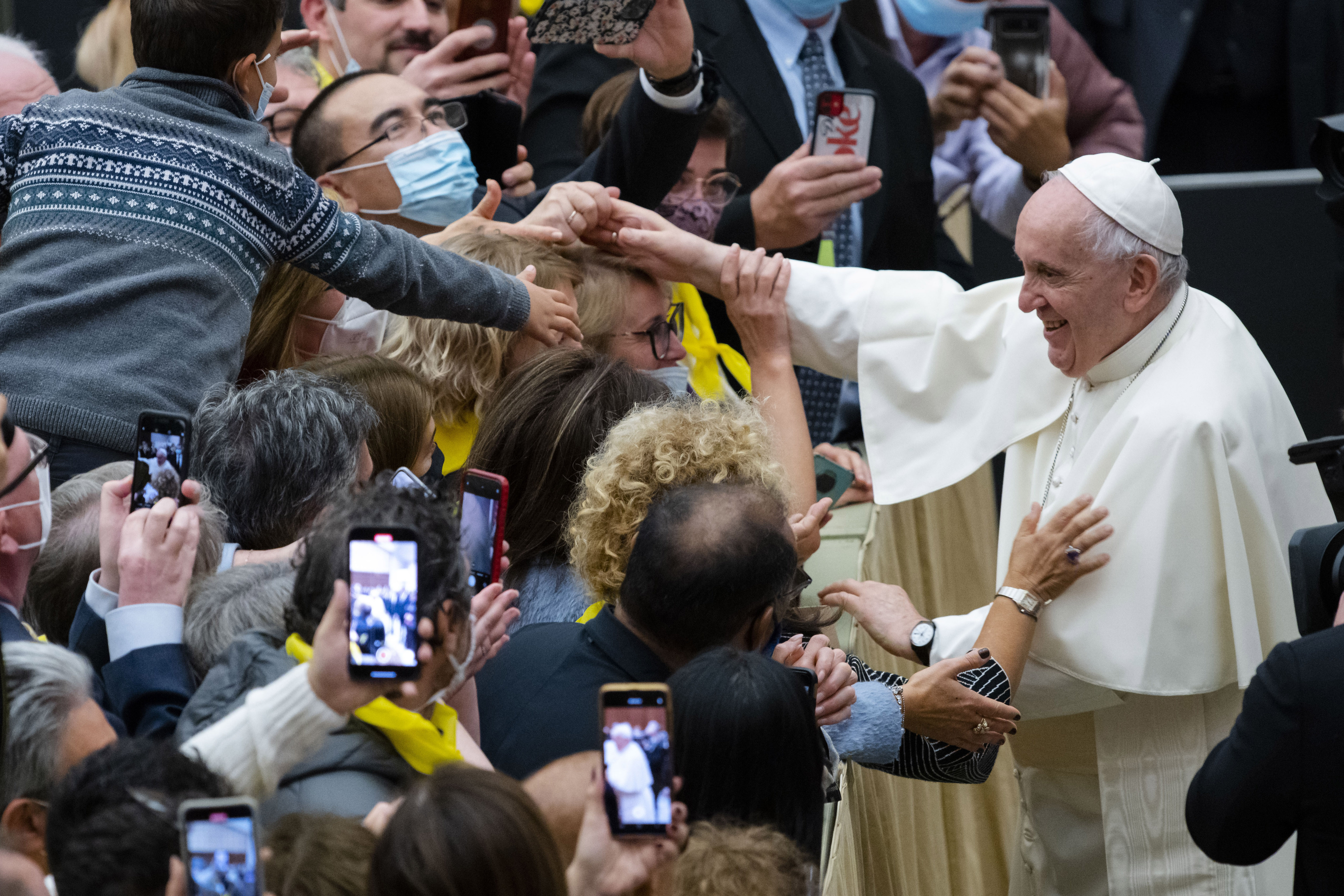 Pope Francis attends an audience in the Paul VI Hall at the Vatican, on Nov. 6, 2021. (AP Photo/Domenico Stinellis)

Pope Francis renewed his call for Europe to welcome and show solidarity with migrants, saying the diversity they're bringing to the continent is renewing European cities as a “beautiful mosaic, which should not be scarred or corrupted with prejudices or hatred.”

Francis didn’t mention the latest migration crisis at Poland’s eastern border during a meeting with European Catholic missionary groups attending a meeting of the Migrantes foundation of the Italian bishops conference. Hundreds and possibly thousands of asylum-seekers, most from the Middle East, have massed along Belarus’ border with Poland as a political standoff between the two countries intensifies.

Francis directed most of his remarks to the history of Italian migration, recalling his own history as a descendant of Italian immigrants to Argentina. But he said history makes clear that Europe is a common home to many, and he called for Europe to “revitalize its vocation to solidarity and subsidiarity today.”

“Even the Church in Europe cannot fail to consider the millions of Italian and foreign emigrants who are renewing the face of cities and countries,” he said. The dream of a united, diverse Europe “is a beautiful mosaic, which should not be scarred or corrupted with prejudices or hatred veiled in respectability.”

Francis has frequently insisted on the need for European countries to welcome and integrate would-be refugees and famously brought back a dozen Syrian Muslims with him when he travelled to a refugee camp in Lesbos, Greece in 2016. Francis is due to return to Lesbos early next month.