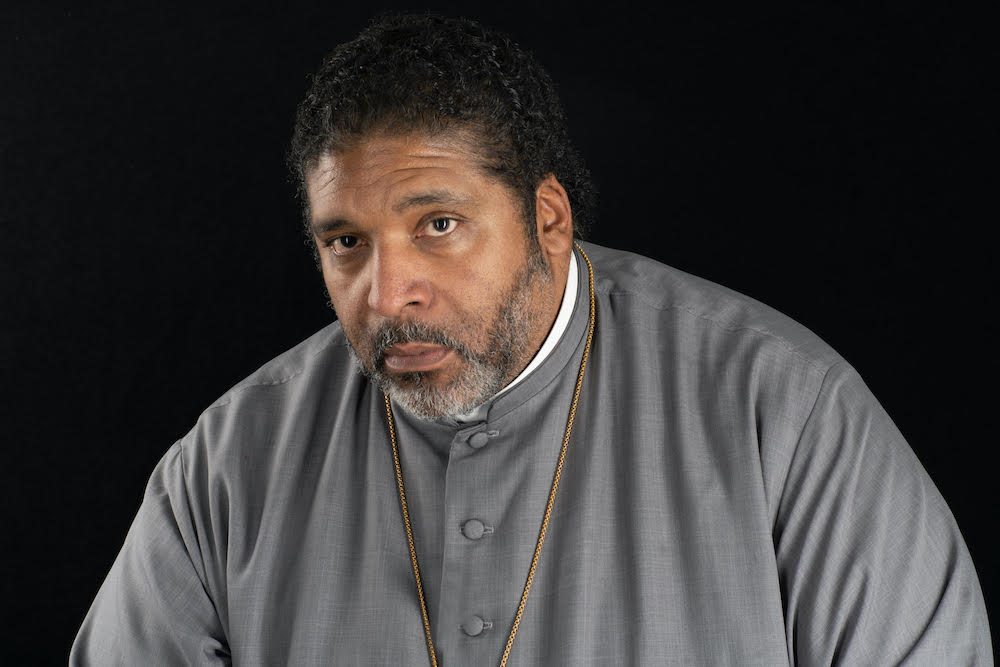 The Rev. Dr. William J. Barber II is co-chair of the Poor People's Campaign, president of Repairers of the Breach, a Disciples of Christ pastor in North Carolina, and a member of the NAACP National Board of Directors. "We Are Called to Be a Movement" is his fourth book. (Don Usner)

The Rev. Dr. William J. Barber II's latest book, We Are Called to Be a Movement, cuts right to the chase. From Page 1, Barber makes clear his belief that the role of Christians is to call for social justice and allow the "rejected stones" of American society — the poor, people of color, women, LGBTQIA people, immigrants, religious minorities — to lead the way.

Originally delivered as a sermon in 2018, We Are Called to Be a Movement offers an unflinching look at the lives of Americans left behind by contemporary national policy and invites the reader to reassess national narratives around poverty and power. Barber serves as co-chair of the Poor People's Campaign: A National Call for Moral Revival, which seeks to continue the work begun by the Rev. Dr. Martin Luther King Jr. in 1968. He is also the president of Repairers of the Breach, a Disciples of Christ pastor in North Carolina, and a member of the NAACP National Board of Directors. We Are Called to Be a Movement is his fourth book. 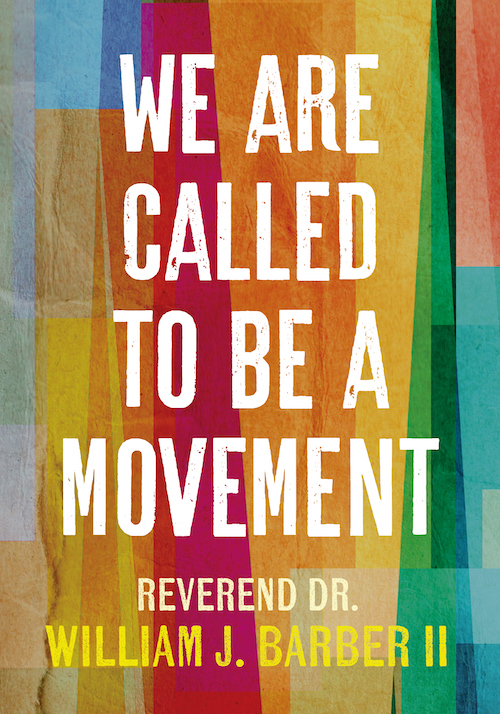 NCR: This sermon was initially given in the summer of 2018. Do you think your message will resonate differently with your audience than it did then?

Barber: In the summer of 2018, I'm not sure most people at the National Cathedral felt the weight of the crisis poor and low-income people are experiencing in their gut. Sometimes the work of preaching is to help people see something they haven't been paying attention to. But sometimes it's about speaking directly to the pain that is at the forefront of people's minds.

2020 has thrust the pain of America's systemic rejection before us in a way that we've not experienced for a least a century. All of the inequalities I wrote about in 2018 were here before COVID-19. But the virus has laid them bare. This global pandemic has exposed the two Americas hidden beneath the gilded façade of a booming stock market and a growing GDP [gross domestic product].

It strikes me that much of this sermon is focused not on specific actions that can be taken by individuals, but a call to change the narrative around poverty and power in American culture, specifically the narratives of weakness and inferiority. Where do you see this work happening in America today?

I understand the uprising in America's streets this summer as a public act of mourning. The public lynching of George Floyd was the spark, but systemic poverty and racism fueled the fire. Black and brown people are dying at three times the rate of white Americans. We've seen massive unemployment for those who make less than a living wage while higher income Americans are able to continue working from home. Communities that are sick and hurting are being stigmatized as "criminal" and brutally policed, even as our government fails to respond to needs but sends in troops to declare martial law.

Crying out in the street is a way of building power. And millions of people have joined that cry, linking together to say not only that we must address police brutality, but also that we must root out systemic racism in every area of our society. That means the economy and education, voting rights and jobs, access to health care and environmental policy. People are coming together and building power for a new imagination in our common life. Black Lives Matter is connecting with the Fight for $15; the Sunrise Movement is linking up with unions; the Poor People's Campaign is bringing folks from the hood to the holler together in a broad fusion coalition that says, "We don't have to accept incremental, single-issue plans. We all need justice, and we need it now."

The Poor People's Campaign has a principle that "moral revival is necessary to save the heart and soul of our democracy." Why is this principle important in light of the constant invocations of morality or religion that permeate American politics?

Every movement that has pushed this nation toward a more perfect union has been a moral movement. It has appealed to the values of love and justice and truth at the heart of our deepest faith traditions and the core of our Constitution's aspirations. Because of that power, the distorted moral narrative of religious nationalism has tried to hijack moral language in every era. Slaveholder religion misused the Bible to justify owning other people. A faith that celebrated the free market was developed to push back against the Social Gospel and the New Deal. Preachers pushed back against the civil rights movement by arguing that the Gospel was not political. And in our day, Christian nationalists have played to fear to stoke division and demonize Democrats as "baby killers" or "godless socialists."

In such a climate, we must build a fusion coalition that unites people around common values. Our appeal can't be about right or left, but rather about right or wrong. We must come together on the firm ground of truth and lift this nation to higher ground. 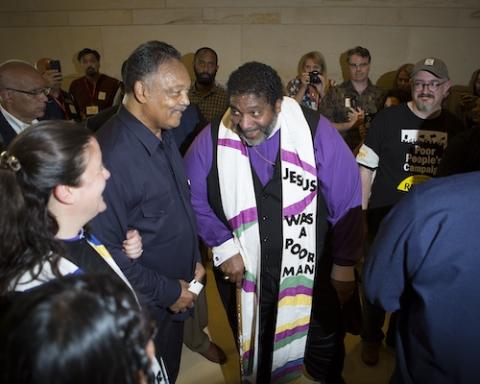 The Rev. Liz Theoharis, co-director of the Kairos Center for Religion, Rights and Social Justice, stands inside the U.S. Capitol in Washington May 21 with the Rev. Jesse Jackson and the Rev. William Barber, a Disciples of Christ pastor who has led "Moral Monday" protests for social justice in the North Carolina State Capitol. (CNS/Tyler Orsburn)

What do you think those people whom you characterize as society's "rejected stones" will take from your sermon?

As the Poor People's Campaign has shared this message with America's 140 million poor and low-income people, I've watched people stand up straighter. I've watched them speak out in the confidence of their own wisdom. And I've seen people realize that they've got to come together. Because the same forces demonizing immigrants are also attacking low-wage workers; the same politicians denying living wages are also suppressing the vote; the same people who want less of us to vote are also denying the evidence of the climate crisis and refusing to act now; the same people who are willing to destroy the Earth are willing to deny tens of millions of Americans access to health care. I want people who hear this message to stand up in their power and demand justice for everyone in this society.

You write that our society's rejected groups are already leading the way. How do we preserve this momentum? What messages do you want readers to carry into the upcoming election?

When people come to know their power and to see the need to link up across issues, they become a force to reckon with. We have a new study that says poor and low-income people, if they simply vote at the same level as their higher income neighbors, can fundamentally shift the political landscape in 15 states in the presidential race. When poor people rise and demand to be heard together, we'll have a completely different conversation about what's possible in Congress and in statehouses around this nation.

A version of this story appeared in the Oct. 2-15, 2020 print issue under the headline: 'We all need justice': Q&A with the Rev. William Barber.