Shades of grey in a world of apparent absolutes 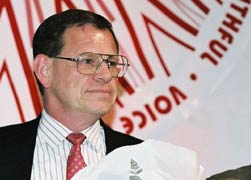 Excommunication is the most severe penalty a Catholic can incur. It is so severe that it is not easily presumed or imposed. In the case of the sister from Phoenix who was declared excommunicated by Thomas Olmsted, the bishop of the Phoenix diocese, the issue is far from clear as it has been presented by the diocese in their Question and Answer statement issued on May 18, 2010. This tragic case involves the convergence of canon law, moral theology, medical ethics, and medical science, all of which should have been carefully considered before any prudential decisions were made by anyone directly involved.

The basic elements of the case have been widely reported in the Catholic and secular media: a religious sister who was directly involved in the decision making process to terminate an eleven week pregnancy in order to save the mother's life, was presumed by the local bishop to have fulfilled all of the requisites for the canonical crime of abortion. Abortion is one of seven crimes included in the Code of canon law that result in immediate and automatic excommunication. The Code contains a number of acts that are deemed to be crimes. All but seven require a process to prove guilt, convict and impose a sentence. Automatic excommunication, called latae sententiae in canonical language, means that as soon as the person performs the act, he or she is excommunicated.

An automatic excommunication may not be known by many and in some cases the person presumed to have committed the crime may not even be aware of the penalty. There is an added dimension to an automatic excommunication when the bishop formally declares it to have been incurred by the person. Thus the crime and the penalty become publicly known. The most dramatic and serious difference is that once the penalty is declared the person can be publicly prevented from receiving a sacrament or participating in a liturgical service. Declaration of an automatic penalty is not required by canon law and is left to the discretion of the bishop. In this case, the bishop declared the automatic excommunication. Canon law also requires that members of religious communities who are excommunicated for specific crimes, including abortion, be dismissed from their order.

On the surface it all seems clear, cut and dried, but it is not. The Catholic church has long realized that excommunication can be the ecclesiastical equivalent of a deadly weapon. Consequently canon law contains a number of requisite conditions that must be taken into consideration before an excommunication is declared (as in this case) or imposed as in most other cases of ecclesiastical crimes.

The primary purpose of excommunication is not punishment but correction. Consequently canon law states that the imposition or declaration of a penalty is a last resort. The bishop is obligated to try various pastoral means including fraternal correction and rebuke to achieve the purposes of the excommunication, namely the reparation of scandal, the restoration of justice and the reformation of the person who has committed the crime. Once an abortion is performed it cannot be undone, which means that the goals of pastoral intervention must be altered to fit the situation. In this and similar cases one must ask whether, apart from the factor of punishment, a greater good will be served by a public declaration of the excommunication or by a private resolution of the case.

No punishment may be imposed or presumed unless the crime is imputable to the person. This means that he or she must deliberately intend to violate the law and must do so with complete freedom of the will. Before imposing or declaring a penalty a bishop, for the sake of justice and in keeping with the canon that states that penal laws are interpreted strictly, must be certain that the factors required for the malicious violation of the law are present. This is done in the context of two vitally important canons. One (c. 1323) lists seven factors or circumstances that completely remove immutability meaning that there is no crime even though there was an act that would otherwise constitute a crime. The other (c. 1324) lists ten factors that diminish immutability. This means that if one or the other is present, there is still responsibility for the commission of the crime, but the most severe penalty must be tempered, reduced or replaced with something far less severe. These basic concepts should sound familiar to civil lawyers or to anyone acquainted with the civil law approach to determining degrees of guilt.

If an excommunication is imposed or declared before the bishop has objectively determined that it is not only the last possible resort but also that the person really acted with complete freedom (internal and external) and full awareness, then there exists the potential for a miscarriage of justice. This is no small matter when excommunication is the penalty. Getting to this point absolutely requires serene objectivity on the part of the bishop.

One of the factors that influences imputability stands out as applicable and relevant in the Phoenix case. The section is from canon 1324 and reads as follows:

"One who violates a law or precept is not exempt from a penalty but the penalty set by law must be tempered or a penance substituted if the offense was committed: …5. By a person who was forced through grave fear, even if only relatively grave, or through necessity or serious inconvenience, if the offense was intrinsically evil.

The third paragraph of the same canon reads: "An accused is not bound by an automatic penalty (latae sententiae) in the presence of any of the circumstances enumerated in par. 1."

The key words are "…through necessity or grave inconvenience." To understand the applicability of this canon I did two things: first, I searched through several commentaries on this canon from the 1983 Code of canon law and on the similar canon (c. 2205, par. 3) and equally important, I had a long conversation with a medical professional who had been in a situation almost identical to that of the sister in Phoenix.

Let us presume that the religious sister knew that an abortion is not only intrinsically wrong but punishable by excommunication. Yet she was faced with a situation of having to participate in a decision which would preserve, at least temporarily, the eleven week old life in the womb but would almost certainly end in the eventual termination of that life and the life of the mother. On the other hand the procedure would terminate the life of the fetus but greatly enhance the chances of survival of the 27-year-old mother of four other children.

This certainly appears to be a case of necessity as envisioned by the Code. One of the respected commentators on canon 2205, 2, Gommar Michiels, writing in 1929 said:

"In penal law necessity may be defined as that objective condition of things, brought about in any manner whatsoever, in which an act that according to penal law is to be placed or omitted cannot so be placed or omitted because of an absolute or moral powerlessness, whether this latter be physical or spiritual." (De Delictis et Poenis, I, 199).

In less dense language, this means that the condition of things, that is, the combination of the pregnancy and the critical heart condition leading to a nearly 100 percent chance of the mother's death, and the absence of any other medical procedure that would enhance the mother's chances, presented a situation where the sister and possibly the others in the decision making process, were in a situation described by the canonical commentators as "moral powerlessness." (Information about the case obtained from the "Fact Sheet" prepared by Catholic Healthcare West and found on the National Catholic Reporter Web site.)

This is a situation the commentators refer to as "extreme moral physical necessity." This arises when there is an absolutely necessary choice between the violation of the law on the one hand and grave physical hardship such as damage to health or even death on the other. The necessity was extreme because it placed the sister, the mother and the attending medical personnel in a situation wherein the threat to life could not have been avoided without the transgression of the law. (Cf. Wernz-Vidal, Ius Canonicum, VII, 107.)

The sister and the others involved in this case evaluated their options within the context of number 47 of the Ethical and Religious Directives for Catholic Health Care Services, published by the U.S. Catholic Bishops' Conference:

"Operations, treatments, and medications that have as their direct purpose the cure of a proportionately serious pathological condition of a pregnant woman are permitted when they cannot be safely postponed until the unborn child is viable, even if they will result in the death of the unborn child."

They were clearly placed in a no-win situation. A clear-cut choice was simply not possible. The risk of mortality was high no matter what choice was made and in the end the absolute adherence to the law of the Code meant the almost certain death of the infant in the womb and the mother.

The above-cited Fact Sheet clearly described the complexity of the case and the process that led to the decision. This statement included the two applicable norms from the Ethical and Religious Directives. Norm 45 is clear and presents the black and white dimension: "Abortion (that is, the directly intended termination of pregnancy before viability or the directly intended destruction of a viable fetus) is never permitted. Every procedure whose sole immediate effect is the termination of pregnancy before viability is an abortion."

Norm 47 interjects a shade of grey that pits the absolute up against the often painful, uncontrollable and unpredictable circumstances of life. The canonical criminality of the choice made by the sister and the others is by no means as cut and dried as it may have seemed to the bishop and his advisors. The canon law on abortion is quite clear. What is also clear is that the same canon law recognizes that real-life situations can be agonizingly complex. In this case the full recitation of the facts (to use the stark canonical terminology) seem to argue for the protection of the sister, the mother and all others involved from the harshness of excommunication rather than for their condemnation.

My canon law professor from seminary days regularly insisted that we always remember that the purpose of canon law is to "save souls." The soul of the unborn child was not the only one to be protected. There were six others directly impacted by whatever decision was made: the mother, her husband and their four children. My professor was right. What is also obvious is that it is far easier to presume guilt than it is to use the law to save rather than condemn.

Justice | Shades of grey in a world of apparent absolutes

Cardinal Turkson: It's 'continuing shame' clean water is not a priority