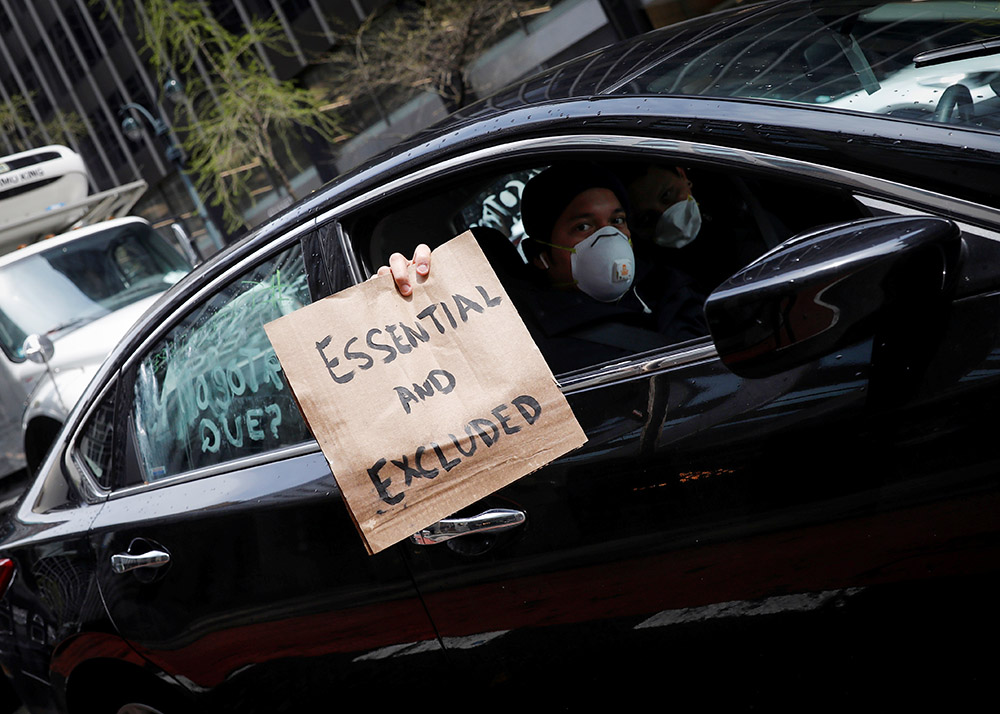 A worker in New York City holds a sign from a car during a caravan demonstration for the rights of essential immigrant workers April 21, 2020. (CNS/Reuters/Mike Segar)

Immigrants in New York City still fear accessing public benefits or protection, despite the change in the presidential administration, according to a new study by the Center for Migration Studies.

The study and report, released last month, examined concerns around using public benefits, public health services, engaging with law enforcement and the impact of COVID-19 in immigrant communities. It also was the topic of a Jan. 31 webinar.

"This report documents the legacy and the aftereffects that an anti-immigrant administration can have on immigrant communities, even after a change in administration,'' explained Daniela Alulema, a consultant for the Center of Migration Studies.

The New York-based center is a think tank and an educational institute devoted to the study of international migration.

"Catholic parishes and Catholic social service providers already play an important role in connecting immigrants to city services, helping them apply for benefits, and hosting educational programs," executive director Donald Kerwin told NCR. "This study found that religious institutions — as well as immigrant-serving community-based organizations and schools — were some of the organizations that immigrants trust the most." 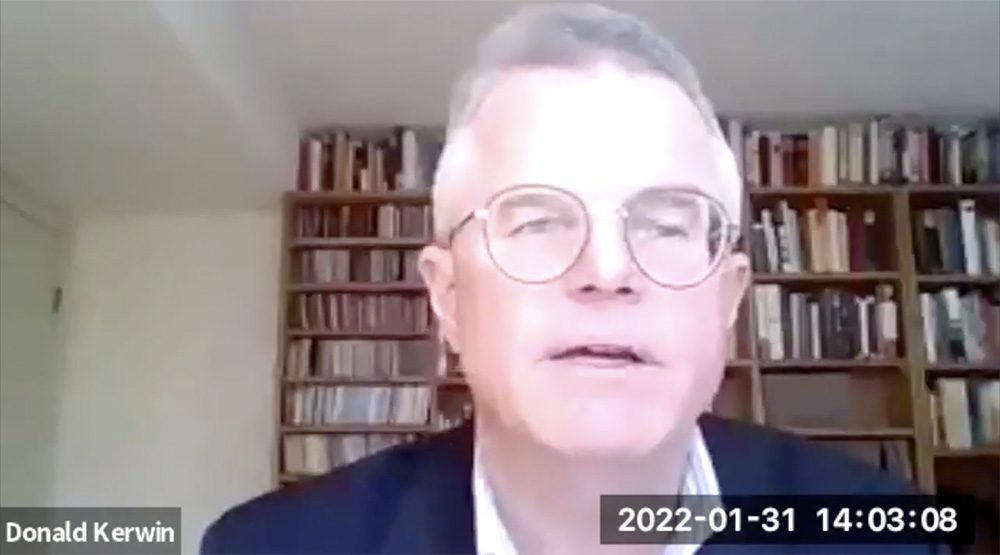 Donald Kerwin speaks during a Jan. 31 webinar on the Center for Migration Studies new report, "Immigrants' Use of New York City Programs, Services, and Benefits: Examining the Impact of Fear and Other Barriers to Access." (NCR screenshot)

"With that trust, Catholic institutions have a vital role to play as a bridge to city agencies, informing immigrants about the benefits they are eligible for, and mitigating the fear created by Trump-era policies and enforcement tactics," Kerwin added.

The Center for Migration Studies was established by the Congregation of the Missionaries of St. Charles, often called Scalabrinians, a community of Catholic priests, nuns and laypeople dedicated to serving migrants and refugees throughout the world. The center is a member of the Scalabrini International Migration Network, a global network of migrant shelters, service centers and other institutions.

The Center for Migration Studies report, "Immigrants' Use of New York City Programs, Services, and Benefits: Examining the Impact of Fear and Other Barriers to Access," included interviews with immigrants, social service providers, social workers and health care providers across all five New York boroughs.

The study was conducted from January 2020 to October 2021. As the pandemic started in March 2020, the study moved to include questions about COVID-19, and after the outcome of the 2020 election was announced, questions about the administration change were also included.

"Yes, I'm aware the public charge act has been rescinded by the Biden administration, but people still think it is not safe," said one immigrant who participated in the study.

"People will tell you, 'Yes, but you never know when [the rule could] come back.' They say they don't want to jeopardize their chances of bringing their children, so they want to focus on the bigger picture as opposed to some money."

Alulema explained that a major source of fear stems from the Trump administration's expansion of public charge. 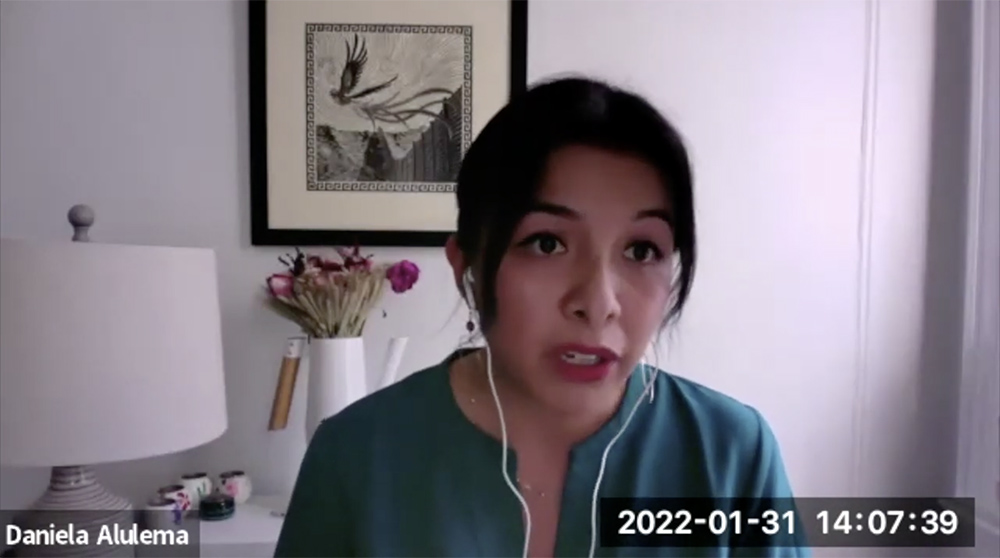 Daniela Alulema, a consultant for the Center of Migration Studies (NCR screenshot)

Under the Trump administration, the public charge rule essentially became an "inadmissibility test" penalizing those who used public benefits while applying permanent resident status. Although this charge is no longer being enforced, immigrants still fear that using public benefits will hurt the chance at citizenship.

"We found that this fear was an even more present force among undocumented in those shorter 10 years in the United States," Alulema added.

In addition to Trump's legacy, the systematic exclusion of immigrants during the pandemic also made it difficult to get resources to the immigrant community, explained aid Commissioner Manuel Castro, Mayor's Office of Immigrant Affairs.

"Access to benefits is still challenging for many immigrant New Yorkers, whether it is due to unfair immigration status restrictions, language access, the digital divide or other systemic barriers that prevent immigrant New Yorkers from getting the help they need," Castro said. 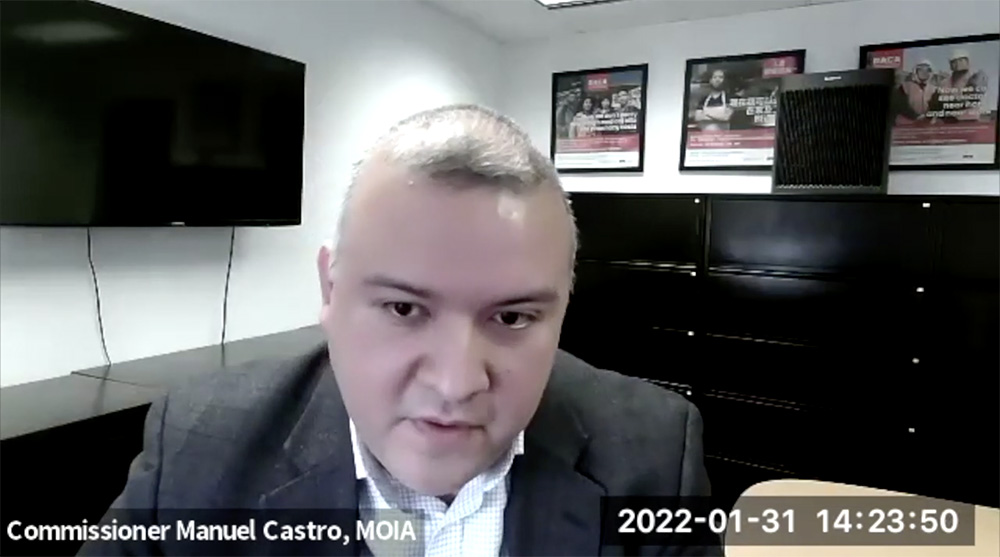 Castro hopes that as the city continues to face the pandemic, immigrants will be kept in mind.

"We saw how undocumented immigrants, many of whom were on the front lines, keeping our city running throughout the darkest day of the pandemic, were cut out from essentially any federal public relief. So we know that the fight is now not over, " Castro added.

And because of the pandemic, city agencies have had to get creative on how they do in-person outreach.

In the warmer months, some agencies held outdoor enrollment events, explained Shoshana Smolen, director of immigrant eligibility and access for the Office of Refugee and Immigrant Affairs of the city's Department of Social Services.

Smolen says her department works hard to make sure it uses language that makes all, especially immigrants, feel included for services like SNAP. 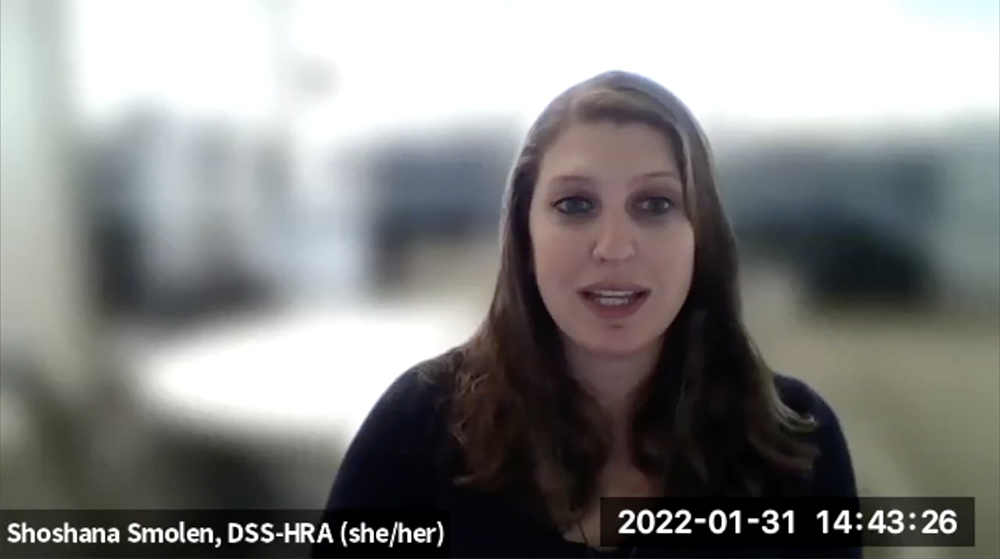 "We have put together immigrant-focused marketing on benefits and created a comprehensive guide on which benefits immigrants may be eligible for," she explained.

To respond to language access and the digital divide described by the speakers, the report recommends that city agencies that provide social services and administer benefits should continue to use flyers and print materials as their primary media to provide information about benefits and services to immigrant communities.

Another suggestion was to ensure that information about resources available to immigrants is distributed through messaging platforms such as WeChat and WhatsApp or at trusted locations like religious institutions or schools.

The report also recommends that city agencies such as NYC Health + Hospitals hold more informational sessions and awareness-raising campaigns to inform immigrants of their rights and the resources available to them. 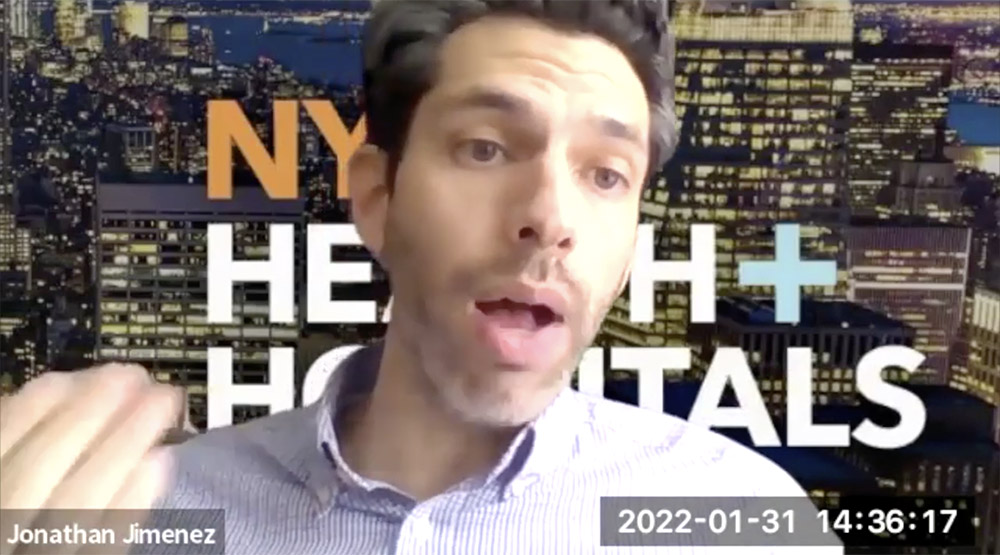 Dr. Jonathan Jimenez, executive director of NYC Care at Health + Hospitals said health care workers should have a welcoming attitude toward immigrants, especially when they encounter a language barrier. There are programs available to health care workers to make sure they have the correct information for immigrant communities, he added.

"There's still a lot of work ahead of us and it will take a long time to regain the trust that immigrants lost," Alulema said.